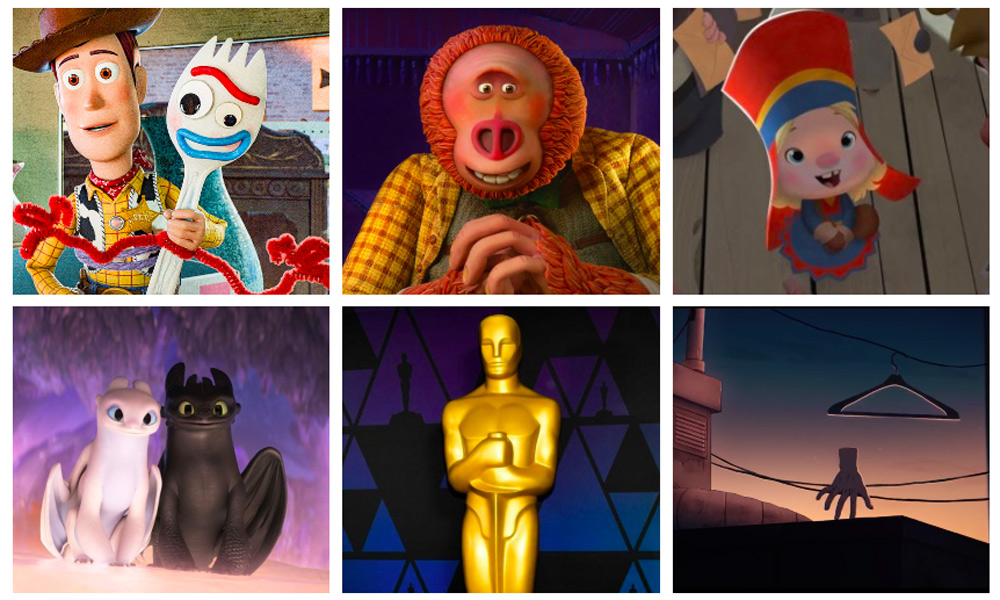 This morning, the nominations for this year’s Academy Awards were announced at 5:30 by actors John Cho and Issa Rae in 24 categories. Here is the list of this year’s animation and vfx-related nominees:

Most awards watchers had predicted three of the contenders: How to Train Your Dragon: The Hidden World, Missing Link (Golden Globe winner) and Disney/Pixar favorite Toy Story 4. However the sweet surprise was the appearance of the two Netflix contenders, I Lost My Body (Jeremy Clapin) and Klaus (Sergio Pablos) on the ballot. Also, the fact that Disney’s box-office winner Frozen 2 didn’t make the cut was quite the shocker.

Last year, Sony Pictures Animation’s critical and commercial success Spider-Man: Into the Spider-Verse was took home the Oscar for Best Animated Feature, and the prize for Best Animated Short went to Domee Shi’s Bao (Pixar). Black Panther was the winner of the Best Visual Effects Oscar,