The Academy of Motion Picture Arts and Sciences announced the nominees for the 90th Annual Academy Awards this morning.

The winners will be announced at the awards ceremony on March 4th in Hollywood. Below is a select list of category nominees with direct animation and visual effects ties; for more information, see oscars.org.

It’s interesting to note that despite this year’s new rule for the best feature animation category, which allowed anyone in the Academy who was willing to join a nominating committee to vote (and decided via preferential ballot now, like the best picture category), smaller, indie pics like GKIDS’ The Breadwinner and Good Deed Ent.’s Loving Vincent managed to get two of the five spots. Another surprise was Fox/Blue Sky’s Ferdinand, which wasn’t a shoo-in like Coco and The Boss Baby. Among the other big studio pics that were left out of the picture were Warner Bros.’ The LEGO Batman Movie and DreamWorks Captain Underpants. On the VFX front, the big surprise was the shutting out of Guillermo del Toro’s The Shape of Water, which is a frontrunner in the Best Picture and Best Director categories, and managed to lead the pack with 13 nominations. 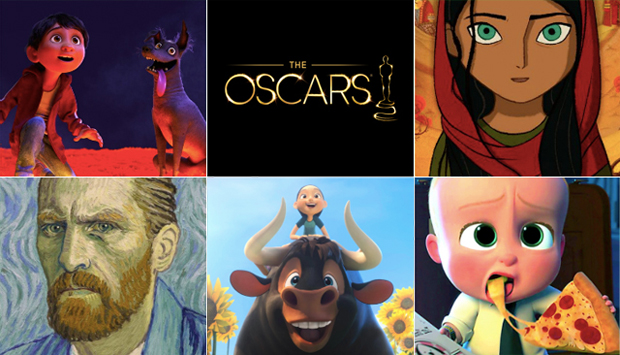