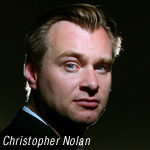 Christopher Nolan, director of Inception and The Dark Knight, will receive the first Visionary Award from the Visual Effects Society.

The award recognizes a filmmaker who has “uniquely and consistently employed the art and science of visual effects to foster imagination and ignite future discoveries by way of artistry, invention and groundbreaking work.”

The society will present the award to Nolan at the 9th annual VES Awards, set for Jan. 28 at the Hyatt Regency Century Plaza Hotel in Los Angeles.

Los Angeles, November 17, 2010– The Visual Effects Society will honor Academy Award® nominated filmmaker Christopher Nolan with the inaugural VES Visionary Award at the 9th Annual VES Awards on Friday, January 28, 2011 at the Hyatt Regency Century Plaza Hotel in Los Angeles, CA.  The award is designed to honor an individual who has uniquely and consistently employed the art and science of visual effects to foster imagination and ignite future discoveries by way of artistry, invention and groundbreaking work.

“Christopher Nolan has been at the forefront in using vfx to help tell complex and astonishing stories that change the way we think about the world around us,” said Jeffrey A. Okun, Chair of the Visual Effects Awards Committee. “His body of work inspires and he continues to push the envelope both technically and in storytelling. Given the amazing work he’s already created in such a short span of time, he is absolutely the best person to receive our inaugural Visionary Award.”

Christopher Nolan wrote and directed his most recent project, “Inception.” His films have received multiple Academy Award® nominations including eight for 2008’s  “The Dark Knight,” which opened to worldwide critical acclaim and broke numerous box office records on its way to becoming the top-grossing release of that year. His earlier projects include the  dramatic thriller “The Prestige,” the action hit “Batman Begins,” the suspense thriller “Insomnia”  and the innovative crime drama “Memento,” for which he received Academy Award® and Golden Globe nominations for Best Screenplay, as well as a DGA Award nomination.

For more information on the VES Awards, sponsorship and tickets, please visit www.visualeffectssociety.com.

The VES is a professional, honorary society, dedicated to advancing the arts, sciences, and applications of visual effects and to upholding the highest uniform standards and procedures for the visual effects profession.  The VES is the entertainment industry’s only official organization representing the extended community of visual effects practitioners including supervisors, artists, producers, technology developers, educators and studio executives.

Its over 2,000 global members contribute to all areas of entertainment from film, animation, television and commercials to music videos, games and new media. VES strives to enrich and educate its members and the entertainment community at large through many domestic and international events, screenings and programs. Visual effects professionals constitute a vital creative force in content creation and are literally shaping the future of entertainment.