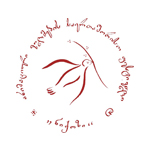 One of the oldest villages in Georgia will be hosting a fifth celebration of cartooning as this year’s Nikozi International Animation Film Festival kicks off in the historic locale September 1-6. Taking place in the centrally located Nikozi — near the Administrative Boundary Line separating South Ossetia from the rest of the country — the festival will invite locals and guests to partake in master classes, workshops for all ages and screenings of internationally acclaimed films.

The Nikozi animation fest is made possible by the support of local and international partners including Georgia’s Ministry of Culture and Monument Protection and the National Film Centre, as well as the Ministry of Foreign Affairs of Germany, Embassies of Italy and Poland in Georgia, the French Institute, Goethe Institute and the Georgian Film Fund. The event will take place at the Episcopal Palace of the Nikozi Monastery, destroyed by warfare in 2008.

The festival was initiated by Bishop of the Diocese Metropolitan of Tskhinvali-Nikozi Isaiah Chanturia — a former cartoonist — and his friends. Chanturia organized a small animation studio at the monastery which was damaged during the Russia-Georgia war in 2008. Thanks to local and international support, the studio and a local arts school were able to bounce back. See nikozifestival.ge for more information.