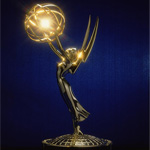 Penguins of Madagascar was a huge hit for Nickelodeon at the 38th annual Daytime Emmy Awards, taking home a half-dozen awards.

Nickelodeon won 11 honors overall, with its popular series Fanboy and Chum Chum also doing well, winning Outstanding Special Class Animated Program and Outstanding Directing In An Animated Program. PBS was the only network or channel to win more, with 14 honors.

The awards were presented Sunday, June 19, in a ceremony hosted by Steve Wilkos at the Westin Bonaventure Hotel in downtown Los Angeles.

Outstanding Performer In An Animated Program

Outstanding Directing In An Animated Program