Nickelodeon officially opened Wednesday its newly expanded studio in Burbank — a state-of-the-art 200,000-square-foot expansion that will house more than 700 jobs and more than 20 show productions.

Among the shows that will call the expanded studio home are The Loud House, SpongeBob SquarePants, Shimmer and Shine and Teenage Mutant Ninja Turtles.

Watch their full remarks in the video.

The new five-story expansion includes a redesigned courtyard also bordered by the original 72,000 square-foot studio on West Olive Avenue in Burbank. That building, opened in 1998, has been newly renovated.

The expanded studio was designed to reflect the studio’s style and sensibility, outfitted with art and installations to inspire and support creativity, community and a collaborative environment.

For example, each floor features a central trellised “working gallery” that runs the length of the building, providing open space for collaboration and to display work in progress; full-height chalkboard, dry erase and magnetic walls that allow employees to display new ideas; personalized workspaces with adjustable desks and cubbies; an on-site rotating art gallery; and an archive and library.

Also at the new building, employees are invited to create, broaden their artistic reach and experiment in two “Maker’s Labs” stocked with traditional and new technology for employees to experiment with.

Additional new features include: an 88-seat screening room; three voiceover studios, two of them brand new; the new Hoek & Stimpson Coffee Co.; courtyard-facing breakout areas and balconies on each floor; a fitness room and a calming Zen garden; a music room, a game room and an arcade, offering employees a place to play instruments or games.

The courtyard covers more than 23,000 square feet and has full A/V capabilities and an art installation site. It also includes a 400-pound statue of Stimpy from The Ren & Stimpy Show; stone benches etched with live-action and animation creators’ artwork and quotes; wire sculptures of Henry Danger, Clarissa Explains It All, Avatar: The Last Airbender and Dora the Explorer, among others; and banners representing every live-action and animation show in current production.

Through a partnership with STUDIOS Architecture, ARC Engineering and Brightworks Sustainability, Nickelodeon’s West Coast facility targeted LEED gold certification by integrating sustainable strategies and resources into the design and operations of the building. 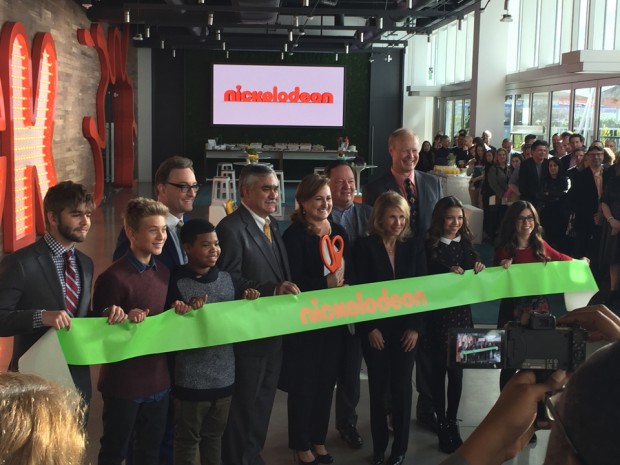 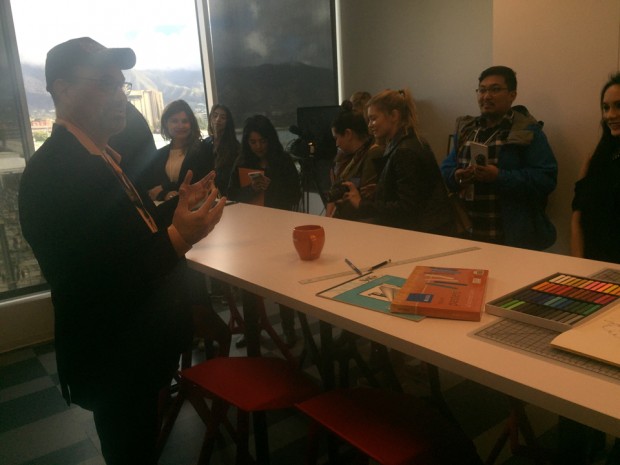 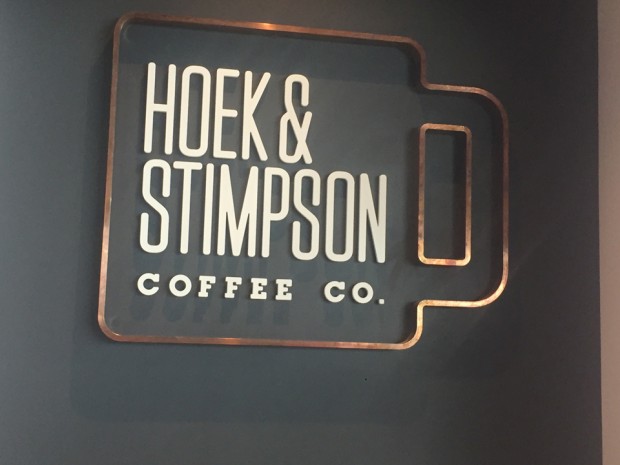 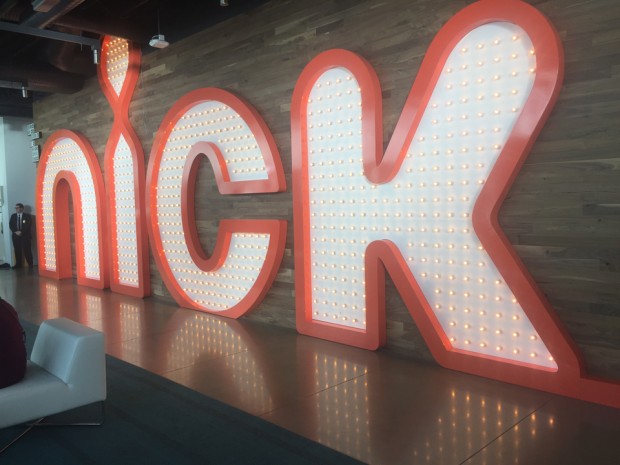