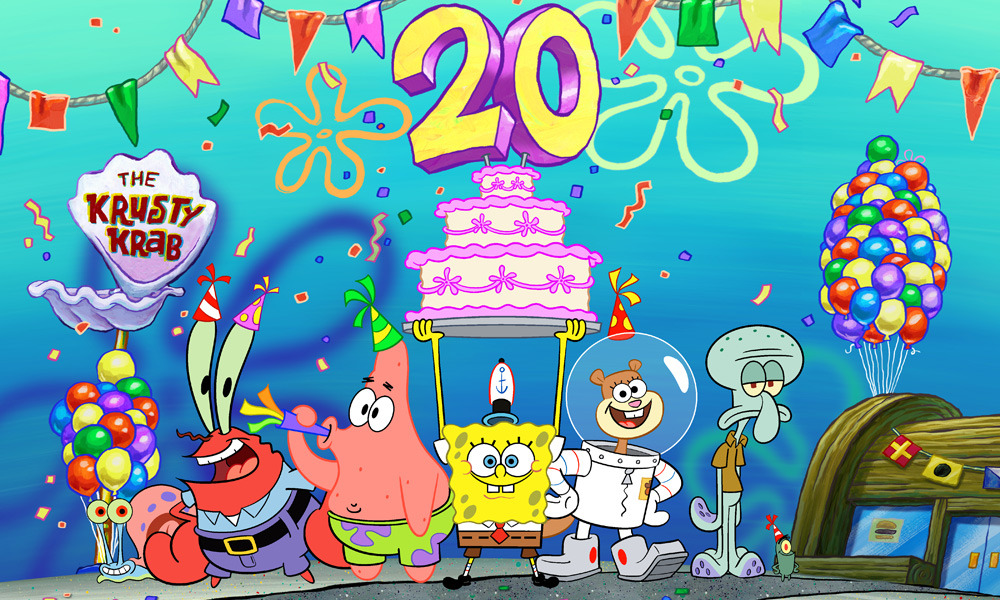 Nickelodeon is commemorating the 20th anniversary of SpongeBob SquarePants with the “Best Year Ever” — a tribute comprising new adventures across screens of all sizes and a fresh wave of fun toys and merchandising celebrating the toon icon. SpongeBob launched July 17, 1999, and has reigned as the number-one kids’ animated series on TV for the last 17 years, generating a universe of beloved characters, pop culture catchphrases and memes, theatrical releases, consumer products, a Tony award-winning Broadway musical and a global fan base.

“The tiny residents of Bikini Bottom have held the world’s attention for a remarkable 20 years and we owe it all to the monumental creator Stephen Hillenburg,” said Ramsey Naito, EVP, Animation Production and Development, Nickelodeon. “This anniversary special is a love letter to everyone in the universe of SpongeBob, from the fans across the globe to the incredible creative team, crew and talent who continue to bring these great characters to life.”

The “Best Year Ever” kicks off Friday, July 12, with the premiere of “SpongeBob’s Big Birthday Blowout,” an original mixed live-action and animated special, and leads up to the Paramount Pictures and Nickelodeon Movies theatrical, The SpongeBob Movie: It’s a Wonderful Sponge, coming summer 2020.