Nickelodeon has planned an awesome New Year’s Day SpongeBob SquarePants marathon this year. On Jan. 1, Nick will air back-to-back episodes of the popular animated series from 2 p.m. to 7 p.m. The special event will culminate with a brand-new episode of the show titled “Squid’s Defense Karate Pants” at 7 p.m.

In this new episode, when a harrowing incident leaves Squidward unconscious in an alley, SpongeBob and Sandy try to teach him karate as a form of self-defense. He chops, blocks, kicks and learns to master everyday movements.

Beginning Dec. 31, fans can www.nick.com to play The Kah-rah-tay Squid, a brand-new SpongeBob SquarePants mini game featuring Squidward. In the game, Squidward will walks in Sandy’s house, in an alley, in Sandy’s dome and in the Krusty Krab kitchen, as objects come onto the screen players will have to karate chop them using their mouse. As players succeed and gain points, Squidward will get increasingly charged up; his expression will change and his chops become more powerful, granting score bonuses making things look progressively cooler as particles fly around. 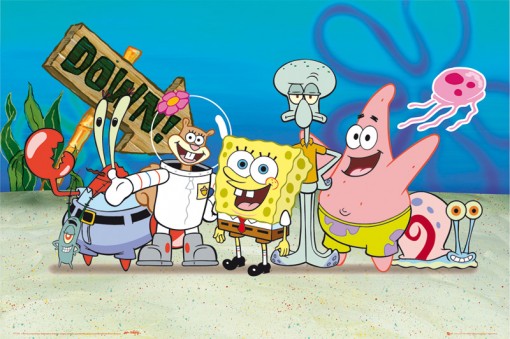 You may also like...
Related Topics:It's a SpongeBob Christmas, Nick, Nickelodeon, SpongeBob Squarepants, The Kah-rah-tay Squid