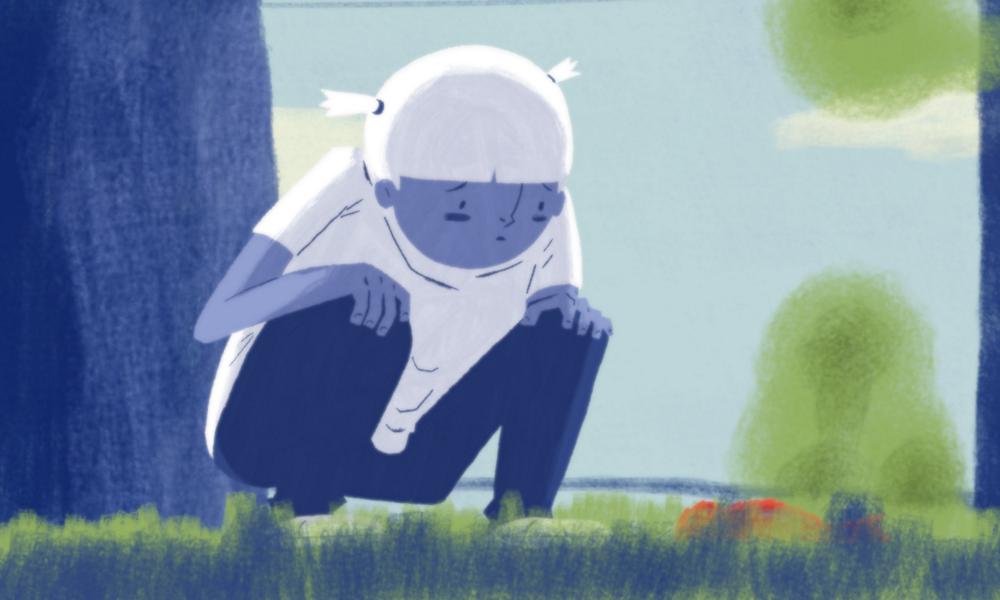 The Toronto International Film Festival will present the world premiere of 4 North A, a new National Film Board of Canada animated short directed by Jordan Canning (Not Over Easy; features We Were Wolves, Suck It Up) and Howie Shia (Tokyo Anime Award winner Flutter, Canadian Screen Award-nominated BAM).

“The idea for 4 North A grew out of memories my mother told me about, of summers she’d spent on Amherst Island as a child. I was struck by the recurrence of animals and death in her descriptions and began connecting them to a story of her tending her father’s final days in the hospital,” said Canning, who also wrote the short. “Later, as I too found myself providing care for a beloved partner, I started imagining what it might have been like if my mother and I had been strangers in the same ward, going through these painful experiences — alone, but together.” 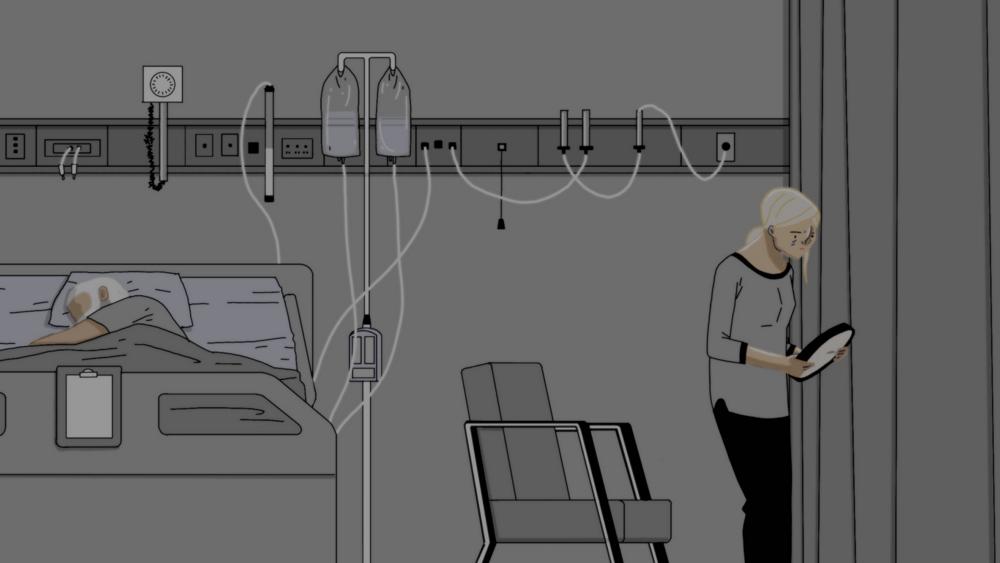 4 North A is screening in TIFF’s Short Cuts section’s Program 1, which this year focuses on “the importance of new beginnings and the many connections that give meaning to our lives.” Audiences can watch the film Sept. 11 at 6 p.m. EST through the Bell Digital Cinema (online, geo-restricted to Canada).

Synopsis: A woman sits in a hospital room, alone with her dying father. As the constant din of antiseptic hospital noises pushes her to confront her inevitable loss, she escapes into a series of lush childhood memories. With its quiet yet expressive soundtrack, and a beautiful, subdued design that shifts between the pale palette of the hospital and the lively, painterly landscapes of the woman’s memories, 4 North A is a deeply personal film about mortality, memory and discovering connection in unlikely spaces.

The short is produced by Annette Clarke, who is also exec producer Annette Clarke (NFB Quebec and Atlantic Studio) alongside Michael Fukushima (NFB English Animation Studio), and was developed in association with The Newfoundland & Labrador Film Development Corporation.

In addition to 4 North A and the just-announced World Premiere of Cartoon Saloon/Apple feature Wolfwalkers, the highly select cohort of animated projects at TIFF 2020 includes: