Vancouver-based filmmaker Ann Marie Fleming’s acclaimed film Window Horses: The Poetic Persian Epiphany of Rosie Ming (from Stickgirl Productions and the National Film Board of Canada) will celebrate its US premiere on Thursday, February 2 with at Santa Barbara International Film Festival.

Window Horses will screen at Santa Barbara’s Lobero Theatre on Feb. 2 at 2 p.m., and at the Metro 1 Cinema on Feb. 4 at 8 a.m. Lead voice actor and executive producer Sandra Oh will be in attendance.

The film centers on a young Canadian poet named Rosie Ming who is invited to perform at a festival in Iran — though she’d rather go to Paris. Living with her over-protective Chinese grandparents, she has never traveled by herself. Once in Iran, the stories told by the poets and Persians she meets force her to confront her past as she learns more about the Iranian father she had assumed abandoned her, and the nature of poetry.

Window Horses is co-produced by Stickgirl Productions (Ann Marie Fleming) and the NFB (Shirley Vercruysse and Michael Fukushima). NFB is the international distributor. 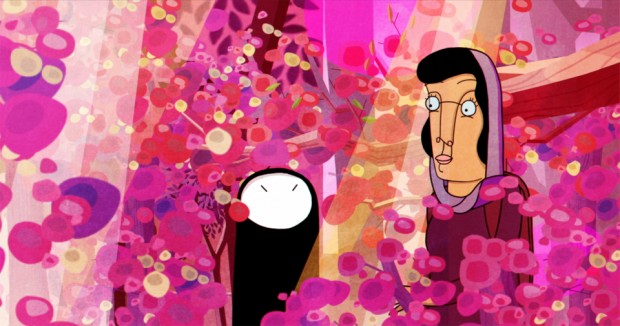