The National Film Board of Canada will present a diverse seven-film line up at this year’s Toronto International Film Festival (September 4-14); including a selection of new and restored animation gems for discerning toon palettes.

The Short Cuts Canada Program will feature Oscar-winning filmmaker Torill Kove’s (The Danish Poet) autobiographical short animation, Me and My Moulton, about a little girl’s desire to fit in; Toronto-based director Randall Okita’s first fully animated film The Weatherman and the Shadowboxer; and in tribute to the 100th anniversary of groundbreaking animator and NFB animation studio founder Norman McLaren’s birth, the Board has restored Around Is Around (1951) and O Canada (1952) — eye-popping 3-D stereoscopy experiments created with his frequent collaborator Evelyn Lambart.

See www.tiff.net for more about the festival. 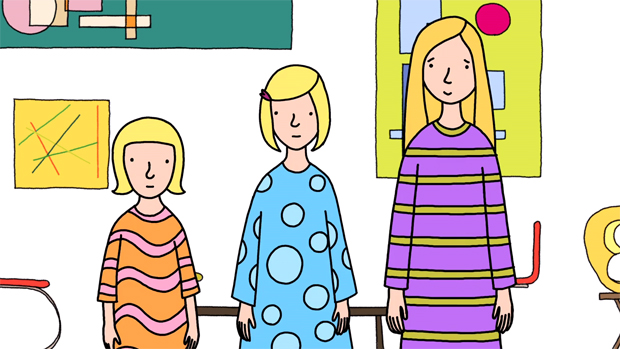 You may also like...
Related Topics:Around Is Around, Evelyn Lambart, Me and My Moulton, National Film Board of Canada, NFB, Norman McLaren, Randall Okita, The Danish Poet, The Weatherman and the Shadowboxer, Torill Kove, Toronto International Film Festival