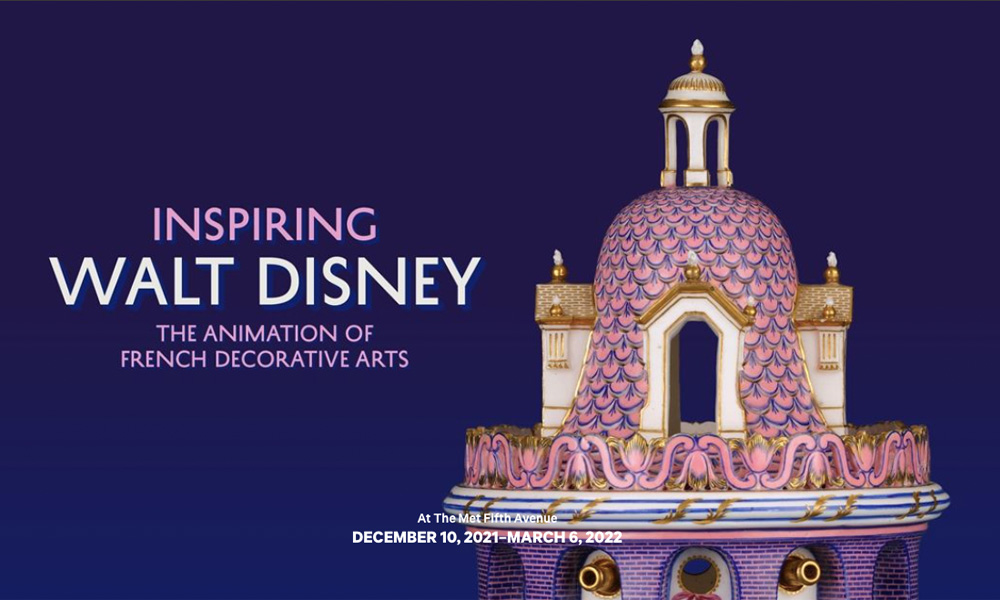 An upcoming exhibit at the Metropolitan Museum of Art in New York City will focus on how the European arts and French motifs of Rococo Paris inspire some of Walt Disney Studio’s major features and theme parks. Titled “Inspiring Walt Disney: The Animation of French Decorative Arts,” the collection is billed as The Met’s first-ever exhibition exploring the work of Walt Disney and the Disney studio. It is scheduled for Dec. 10, 2021 to March 6, 2022.

The official description reads, “Pink castles, talking sofas, and a prince transformed into a teapot: what sounds like fantasies from Walt Disney Animation Studios’ pioneering animations were in fact the figments of the colorful salons of Rococo Paris. Forty works of 18th-century European decorative arts and design—from tapestries and furniture to Boulle clocks and Sèvres porcelain—will be featured alongside 150 production artworks and works on paper from the Walt Disney Animation Research Library, Walt Disney Archives, Walt Disney Imagineering Collection, and The Walt Disney Family Museum. Selected film footage illustrating the extraordinary technological and artistic developments of the studios during Disney’s lifetime and beyond will also be shown.”

The exhibition will highlight references to European visual culture in Disney animated films, including nods to Gothic Revival architecture in Cinderella (1950), medieval influences on Sleeping Beauty (1959), and Rococo-inspired objects brought to life in Beauty and the Beast (1991). The event marks the 30th anniversary of Beauty and the Beast‘s animated theatrical release. 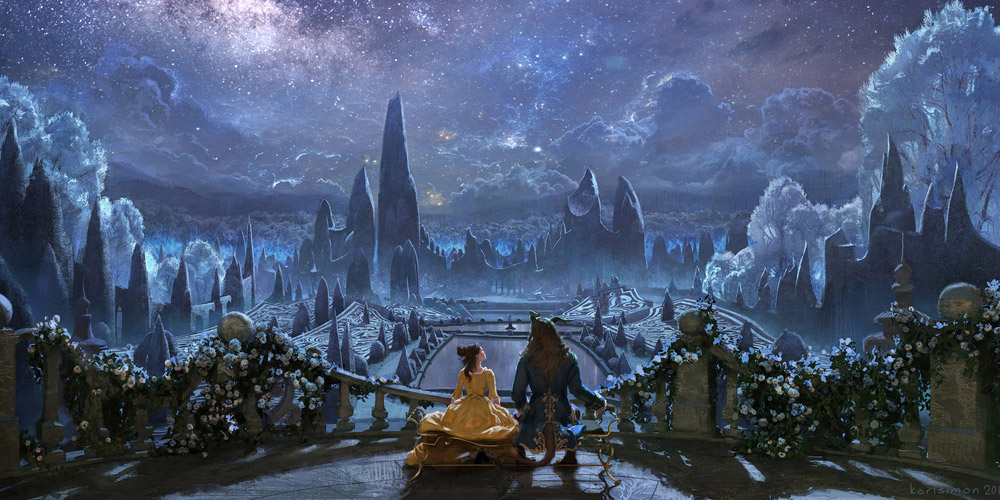 Inspiring Walt Disney: The Animation of French Decorative Arts [Concept art by Karl Simon for Beauty and the Beast]