The U.K. government announced yesterday that it’s working on offering tax credits for high-end dramas and animation produced in the country. Chancellor George Osborne outlined a new tax credit system for creative media industries including animation and drama production in the U.K., according to the BBC. The plan is likely to reflect the existing tax credit model available to film producers, which generated spending of more than £1billion (US$1.6 billion) in the U.K. last year.

Bristol-based Aardman Animations, producers of Wallace & Gromit and the upcoming movie The Pirates! Band of Misfits (co-pro with Sony) is among the supporters of Animation U.K., a lobby group that has been campaigning for improved conditions for the country’s animators in the face of subsidized international competition. Osborne said it was the government’s “determined policy” to keep Aardman in Britain.

“We have seen a dramatic decline on UK television of home produced animation and we now have a shot a reversing that trend,” said Miles Bullough, head of broadcast and development. “This tax credit would be transformational for our industry. The credit will create thousands of U.K. jobs and our research shows that there will be a long term financial gain the for the U.K.”

Osborne hopes the changes would prevent that from happening, not just for animators but for high-end drama productions.

“Not only will this help stop premium British TV programs like Birdsong being made abroad, it will also attract top international investors like Disney and HBO to make more of their premium shows in the U.K.,” he said. “It will support our brilliant video games and animation industries too. It is the determined policy of this Government to keep Wallace and Gromit exactly where they are.”

Animation UK was thrilled by the announcement.

“Overseas animators have long received support from their governments and hopefully now our industry will be able to compete on a level playing field,” said the org’s chairman Oli Hyatt. “It would have been a crime for it to disappear from the UK and that was a very real threat. Today’s announcement will hopefully guarantee the long term survival of our industry and ensure it continues to be an industry we are proud of.” 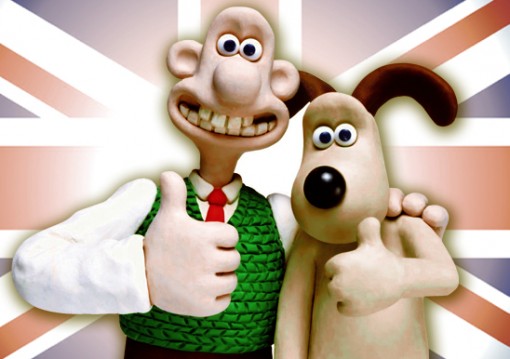 In 2009, exports of children’s TV shows that were made in the UK were worth £150m, according to the Department of Culture Media and Sport. The U.K.  is the second biggest exporter of television content in the world, with exports worth more than £1.3 billion per year.

These new tax break proposals will be subject to state aid approval and a consultation process, but could be introduced by April 2013.