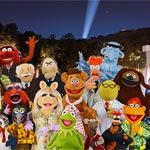 If you are a die-hard Muppets fan, you won’t miss the chance to see Jim Henson’s beloved characters perform some of their favorite songs at the legendary Hollywood Bowl Sept. 8 and 9 at 8 p.m. and Sept. 10 at 7:30 p.m. The concert, which is aptly titled “The Muppets Take the Bowl,” will feature the celebrated cast of the property in concert with Los Angeles Philharmonic, led by conductor Thomas Wilkins.

“This will be moi’s greatest performance ever, and I guarantee that all of you who are there at the Hollywood Bowl will rave and brag about it for the rest of your lives. And those who are not there, will have to lie about being there. So, don’t lie, be there and experience moi in person,” said Miss Piggy, the Muppets’ inimitable diva and the brightest star in the whole universe, in her own opinion.

Not only will you get a chance to see Kermit, Fozzie Bear, Pepe the King Prawn, Rowlf, Rizzo the Rat, Gonzo, Monster and Miss Piggy performing some of their favorite songs, the show will also offer appearances by some of the Muppets that haven’t been seen since the final episodes of The Muppet Show more than 35 years ago. Other promised numbers include an all-new original chapters of the “Pigs in Space,” “Veterinarian’s Hospital” and “Muppet Labs.” And yes, there will be special celebrity guests and a fireworks finale featuring none other than Crazy Harry. To buy tickets, visit www.hollywoodbowl.com/tickets/fireworks-finale-muppets-take-bowl/2017-09-09

You can also check out what our favorite critics Statler and Waldorf have to say about the group’s Hollywood Bowl debut, below.

And, of course, special messages from Miss Piggy and Fozzie Bear:

The Muppets Take the Bowl