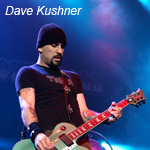 Mover over, Gorillaz. There is a new animated rock band in town. Rollingstone.com reports that Velvet Revolver guitarist Dave Kushner has launched an “animated” rock band called PusherJones, featuring The Simpsons creative director Dave Warren, singer Frankie Perez (Camp Freddy), bassist Scott Shriner (Weezer) and drummer Joey Castillo (Queens of the Stone Age). The group’s first single, “Count Me Out”, will be released on May 1. The song, which is included on “Avengers Assemble”, a 14-track compilation of music from and inspired by the film Marvel’s The Avengers, is available for streaming at RollingStone.com.

Kushner told Rolling Stone, “We’re all influenced by everything from Zeppelin to Sabbath to newer bands. A lot of it has been based on different stuff that has happened to me or stuff I’ve heard being in Velvet Revolver for eight years. It’s basically about a big, notorious rock band, and there’s a new guy that’s coming into the band. You’re basically seeing all of the dysfunction and insanity, and the things that make for great rock bands through the eyes of the new guy.”

Co-creators Kushner and Warren currently have a TV pilot for the PusherJones animated series and a music video in development while the band is putting the finishing touches on an as-yet-untitled five-song EP, to be released this summer.

“Dave and I had a mutual love of music and animation and wanted to mash up the two,” adds Kushner. “We asked ourselves, what if the Gorillaz were more like Guns ‘n’ Roses? We took it a step further and merged a real band and music with a fictional storyline and characters that are entertaining, relatable and funny. The music, art and the story has to co-exist in the same world while being able to kick ass on their own.” 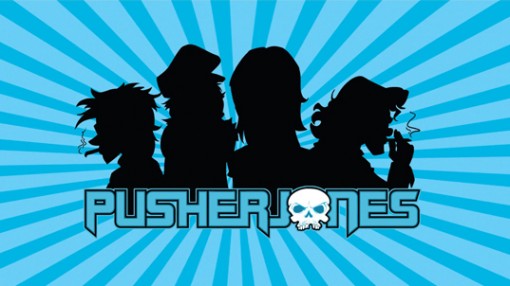 Co-creator Warren adds, “Kushner has all these amazing, crazy stories about growing up in Hollywood, working at Tower Records and eventually touring the world with Velvet Revolver. We’d get together and swap stories about the music and television worlds and laugh our asses off. We realized this is our own life story, our experiences in the crazy world of show biz and we started to imagine this ‘South Park On The Sunset Strip’ idea which became this imaginary band from Hollywood called PusherJones.”