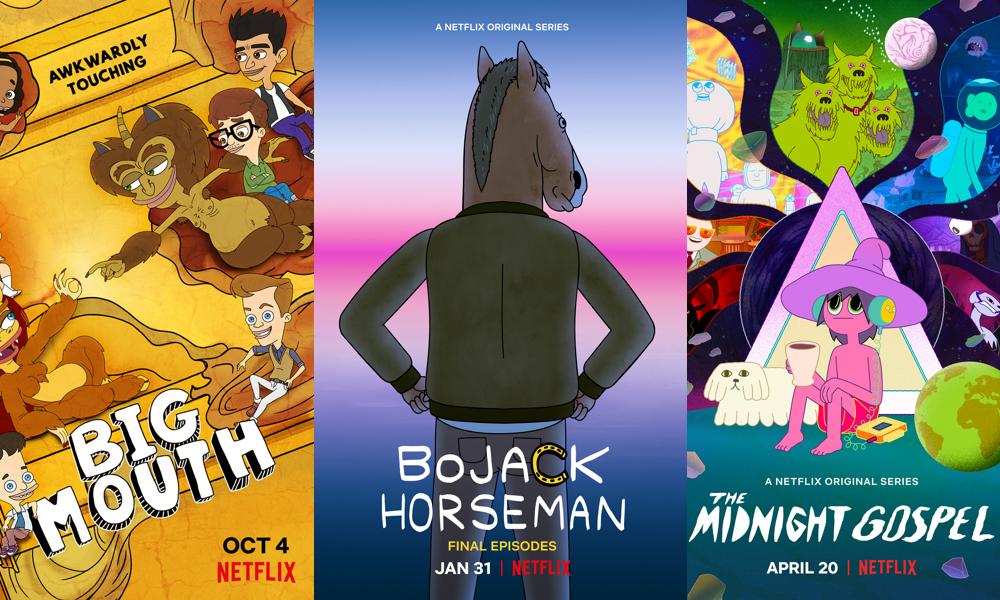 Now that the Emmy season is in full gear, we got a chance to chat with Duncan Trussell (The Midnight Gospel), Raphael Bob-Waksberg (BoJack Horseman) and Andrew Goldberg (Big Mouth) about the episodes of their shows that were submitted for Emmy consideration this year: 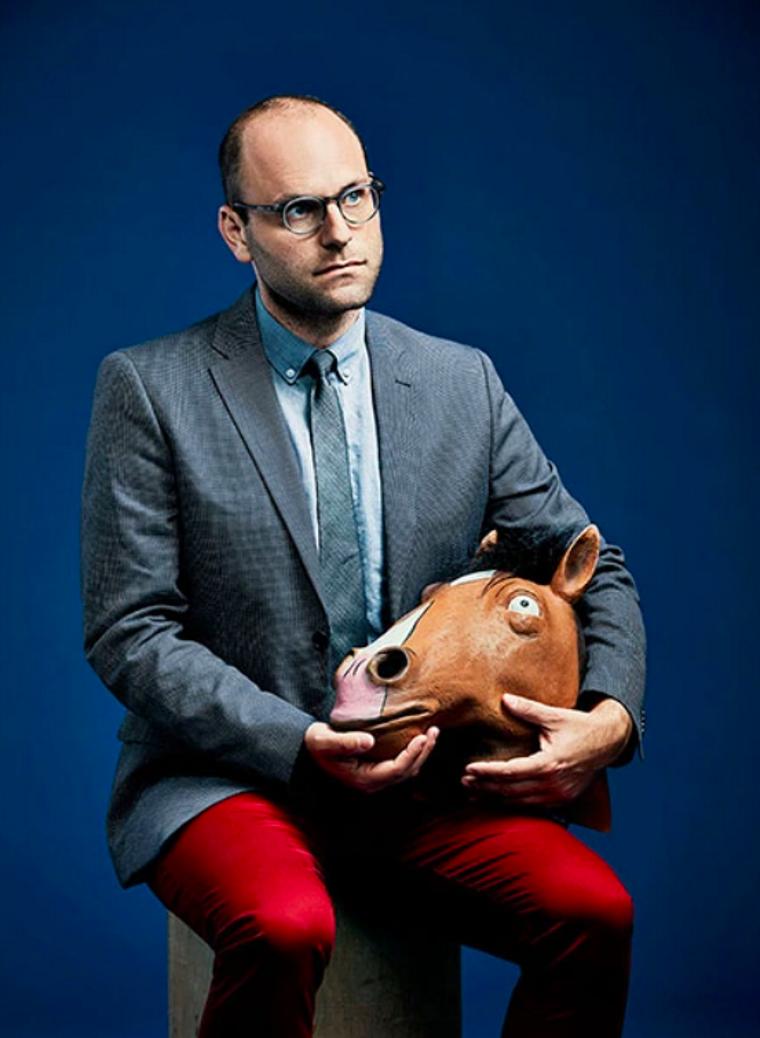 Why was “The View From Halfway Down” submitted for consideration?

Have you seen “The View From Halfway Down”? It’s an amazing episode! If you haven’t seen it yet, please stop reading this interview and go watch it immediately. 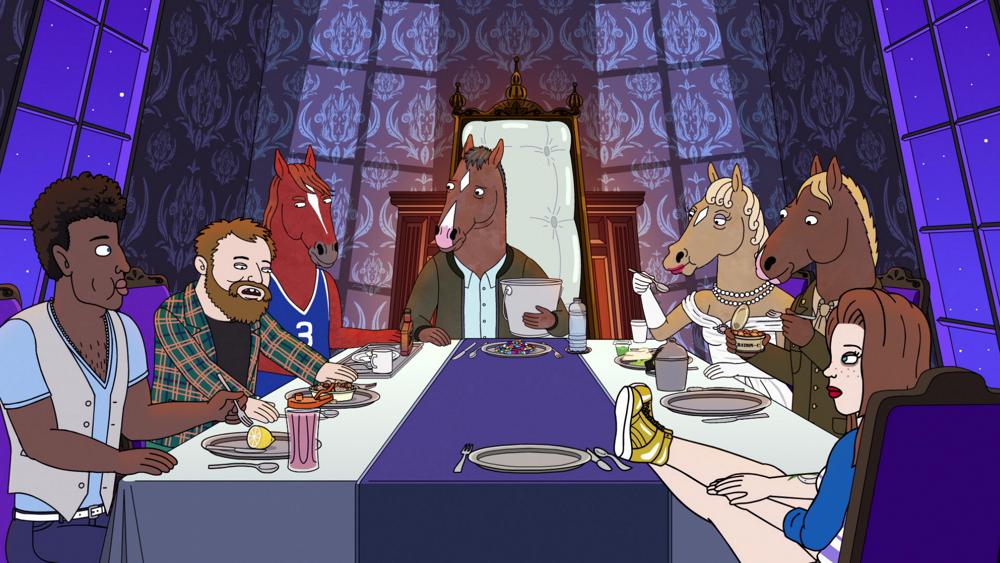 I like how stylistically ambitious it is. We couldn’t get away with an episode this grandiose, dramatic and just plain weird in season one. In some ways, it feels like the whole series is building up to this moment.

What was this episode’s biggest challenge for you overall?

Finding moments of lightness, humor, connection and hope in what is otherwise a very dark story.

Give us a few words that come to mind when you look back at the final season of the show?

Staying away from other people, washing my hands and wearing a mask! ssssSSSMOKIN’! 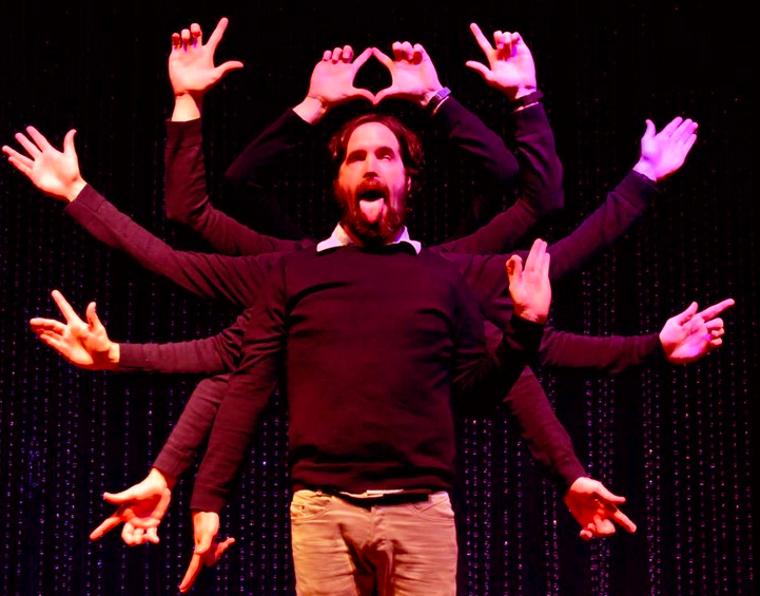 Why was “Mouse of Silver” submitted for consideration?

This episode is so beautiful! Clancy is having a real breakthrough while his world collapses around him. To me, this represents the idea that sometimes the greatest epiphanies come at the most catastrophic times.

[In this final episode of the first season, Clancy (voiced by Trussell) joins his mother on an emotional journey through the enigmatic cycle of birth, life and death. This poignant episode features the voice of Trussell’s own mother, Deneen Fendig, who died of cancer only three weeks after participating on his podcast in 2013.] 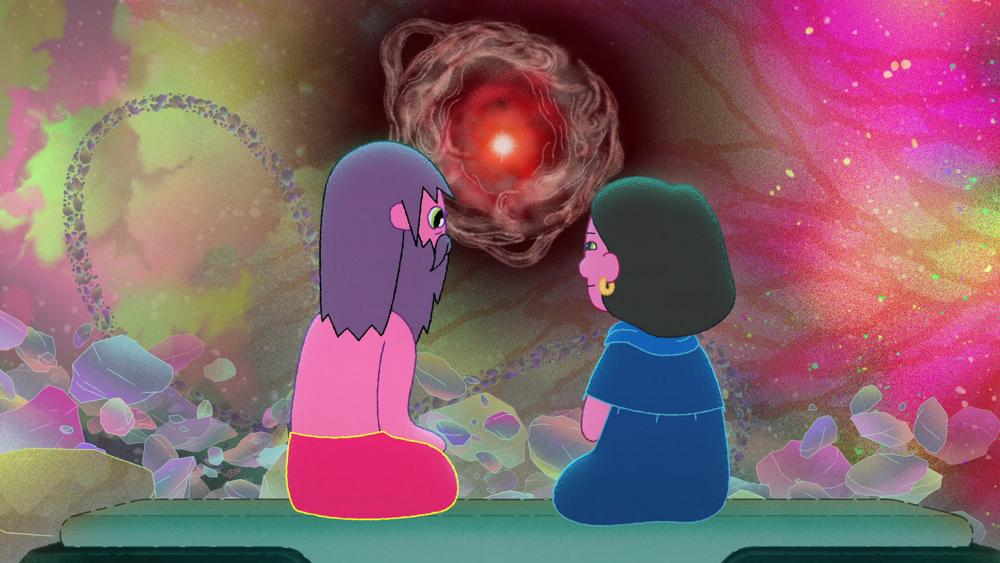 I’m a new Dad and this episode creates a way for my children to meet their Grandmother.

What was this episode’s biggest challenge for you overall?

Surrendering completely to the process.

Give us a few words that come to mind when you look back at the show?

Watch the trailer for The Midnight Gospel here. 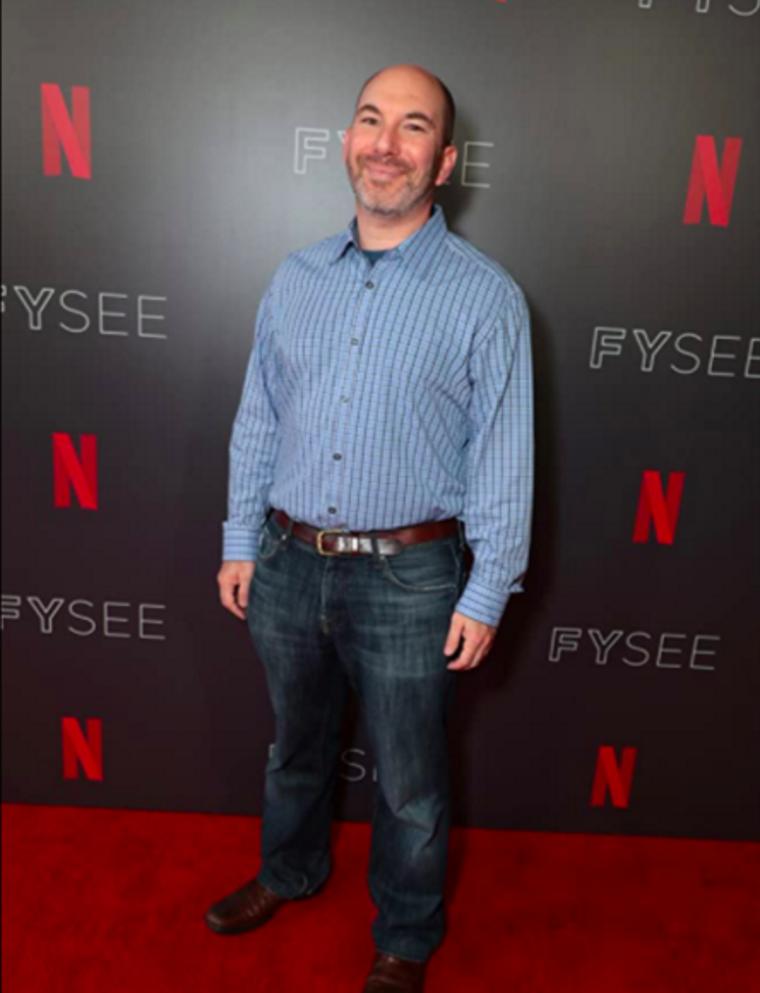 Why was “Disclosure the Movie: The Musical” submitted for consideration?

I always love it when we take a serious topic and then filter it through our kids’ experiences as middle schoolers, in this case, sexual harassment in the context of a school play. And very early on, I remember Nick Kroll saying the play should be something really inappropriate like “Disclosure: The Musical” or something. And then we spent like two hours pitching on what else it might be, but “Disclosure” just seemed so perfect to satirize, because it was made in the wake of the Clarence Thomas-Anita Hill hearings and predicated on this tone-deaf idea that the real danger with sexual harassment is that women could weaponize it?! Which seemed so archaic and backwards, until the Brett Kavanaugh-Christine Blasey Ford hearings when they basically made the same argument all over again. Which was infuriating, but also I think made this episode even more timely and provocative.

Also… I mean, come on, the Fab Five makeover Coach Steve! And our staff is full of huge Queer Eye fans. When they recorded, like half of our writers showed up on a Saturday just to watch. Our sound engineer was like, “You guys record famous actors all the time, but I’ve never seen you all so giddy like this.” 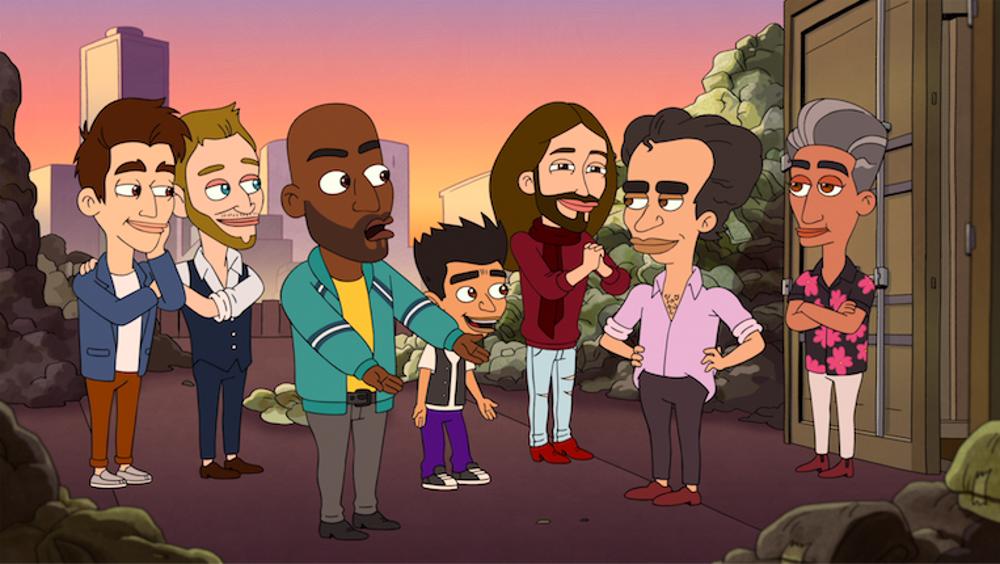 I really love the music. Mark Rivers, who writes all our songs and scores the show, really outdid himself on this episode. I especially love when Missy and Nick sing to each other. It’s touching and silly at the same time.

What would you say was this episode’s biggest challenge overall?

As the second to last episode of the season, this show really juggles a lot of stories: Lola and sexual harassment, Nick and Missy — which also has elements of sexual politics and show romances, Jessi and her protest, and of course Coach Steve and his Queer Eye makeover, and the writers of the episode Emily Altman and Victor Quinaz did a great job weaving it all together. And drawing on their childhood as theater kids to make it all feel really true and authentic to our characters.

Give us a few words that come to mind when you look back at the past season of the show?

Girls are angry, too. Anything goes in Florida. Lola Ugfuglio Skumpy.

We’re actually finishing up writing and recording Season 5 of Big Mouth and getting ready to open the writers room for Season 1 of our spinoff Human Resources. So, busy times!

You can catch all three series streaming exclusively on Netflix.