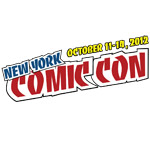 ReedPOP, organizer of both shows, announced the anime-oriented event would no longer be a separate, stand-along event from NYCC.

The anime event was launched in December 2007, following the success of the comic event’s successful first editions in 2006 and 2007. Held at the Jacob Javits Convention Center in Manhattan, the 2012 edition of NYCC will be held Oct. 11-14. Last year’s show drew more than 100,000 attendees.

Organizers stress that anime and manga fans will continue to find the same quality programming and guests now that the show is part of NYCC.

“This move has nothing to do with our loyalty or commitment to the anime community and everything to do with the growth and identity of New York Comic Con as a leading pop culture event,” said Lance Fensterman, group VP of ReedPOP and show manager of NYCC. “We will be better able to serve the anime community from within the NYCC infra-structure rather than have a show which is separate and which will always be dwarfed by everything that New York Comic Con represents and is. We will present the very best anime programming at NYCC, and we look forward to providing for the anime community in a manner that does service to the legacy of NYAF.”

The convention will continue to present anime and manga celebrities, as well as panels and fan events. NYAF’s Saturday Masquerade will turn into daily, evening costume contests, the show will feature one live-events stage with both comic and anime content instead of separate comic and anime stages and the Anime Artist Alley will fold into NYCC’s overall Artist Alley. Speakers interested in presenting an anime-themed panel should submit their information into NYCC’s online submission tool and artists looking to set up with anime-inspired art should apply to NYCC’s Artist Alley now.