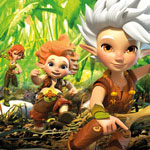 Taking place April 4-7 in Cannes, France, the 2016 MIPTV content market is set to once again offer a dizzying array of television-ready delights — not to mention properties geared to new media consumers and emerging entertainment technologies. Once again, we’ve endeavored to pick over some of the freshest fruits to shake off the animation tree this year and offer you a little appetizer: ## projects that deserve a closer look. Bon appetit! 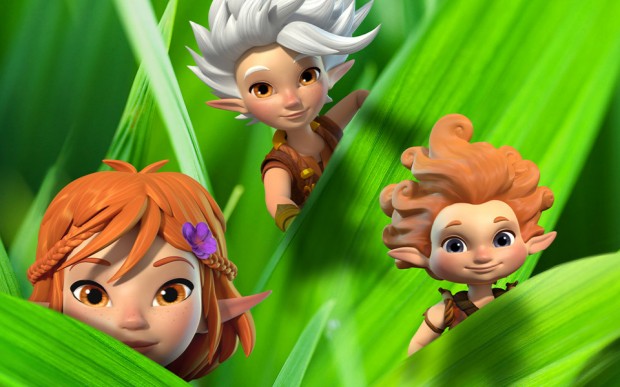 Arthur and the Minimoys – The Series

Synopsis: Arthur is a bright, ingenious 10-year-old who spends every vacation at his grandmother’s house, where her garden is home to a magical world invisible to the human eye: the world of the Minimoy. When he discovers a means to pass between the human and Miminoy world, he becomes a hero to the tiny beings. Joined by his friends Selenia and Betameche, Arthur stands up to all sorts of dangers — including the Minimoys’ arch nemesis, the evil Maltazard.

Synopsis: Cracked (or Cracké) is a slapstick comedy starring Ed, an anxious daddy ostrich looking after his beloved brood of eight eggs. All the eggs are blessed with incredibly luck — unfortunately, things are different for their doting dad. Overprotective and a perfectionist, Ed is always causing unintentional trouble and never misses a chance to make things worse for himself. But, the eggs always stay in one piece!

Selling points: The series’ short format means each cartoon is packed with hilarious, chaotic comedy moments, and its dialog-free format means these one-minute bits can slip seamlessly into any kids’ programming lineup, worldwide. High profile broadcast partners for Cracked are already putting this Quebecois original on the map, with a mobile game and animated digital comic coming soon. 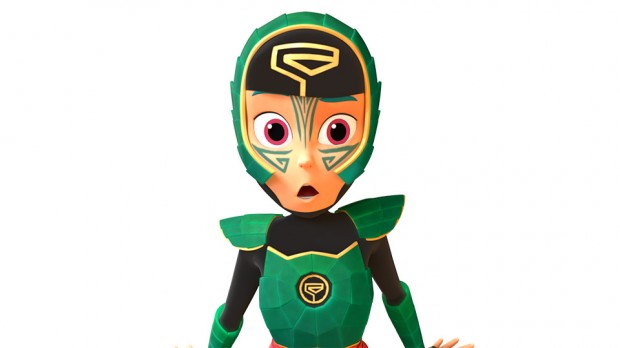 Synopsis: This action-comedy follows Cho Yu, a modern girl who stays busy with school and volunteering at an animal shelter. Coming from a long line of powerful women, Cho Yu’s life takes an unexpected turn when she receives a mystical — sometimes unpredictable — suit of jade armor. With her best friends Yang and Lin and the magical Beasticons, Cho Yu suits up to battle the forces of darkness.

Selling points: This show, reimagined with a female lead since its pitch at Cartoon Forum 2011, is all about girl power. “With its bubbly, feminine and brave heroine – descended from a long line of strong women – Jade Armor  is a project very dear to my heart,” says EP and TeamTO founding manager Corinne Kouper. “This modern girl role model is a fun and important one for the kids space and interestingly appeals to boy audiences as well.” Key creatives include director Chloe Miller (Angelo Rules) and head writer Rebecca Hobbs (P.E.T. Detectives). 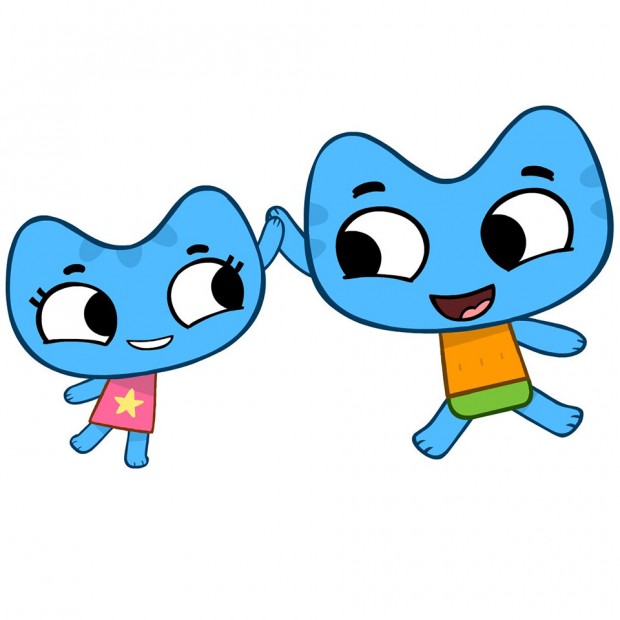 Synopsis: When little blue kittens Kit and Kate hop into their enchanted toy box and choose something to play with, their imaginations create a big, new world to explore. On their adventures they must make decisions, which don’t always turn out right. Luckily there’s always a helpful stranger (their mom in imaginary disguise) to help nudge them in the right direction.

Selling points: Available in Russian and English, this transmedia property is colorful, inviting and gentle enough for little tykes. With mobile apps as well as physical and digital books to accompany the short animations, the curious little cats are ready to meet new friends worldwide. 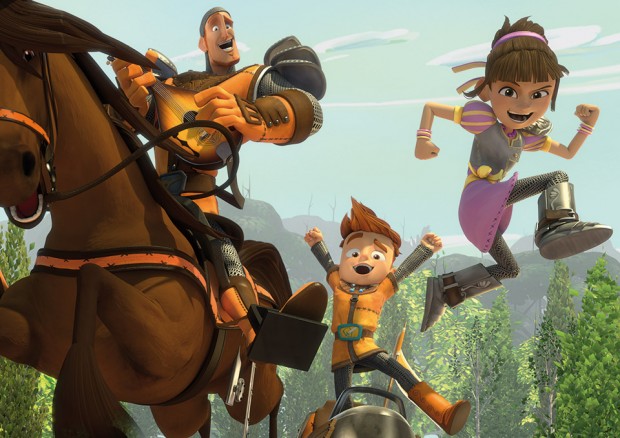 Synopsis: This medieval comedy centers on street-smart Jimmy the Squire, his best friend Cat the daring princess, and his father, Henri of Orange, a charmingly inept but passionately chivalrous knight who might not be the most efficient protector of the realm, but is definitely the funniest. Together this trio set out to make the Dark Ages a little bit lighter and a lot more fun.

Selling points: The series is based on the highly entertaining short film 850 Meters from Joeri Christiaen, who is directing the show and previously served as director and writer for Plankton Invasion. As Canal+ kids programming director Laurence Blaevoet said in last year’s production announcement: “Modern everyday heroes accomplish extraordinary challenges, in incredible settings worthy of a classic Chivalry film – all with tremendous humour. This show genuinely has all ingredients of a great show.” 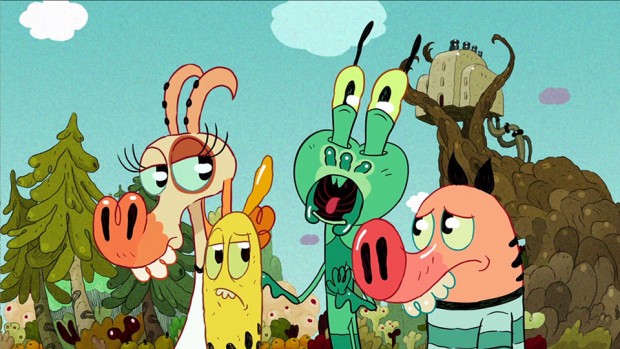 Synopsis: Four extremely unlikely roommates get into all kinds of comedic hijinx as their absurd life situations intertwine in this Nick hit. Viewers tag along as Pig (the foolish one), Goat (the emotional artist), Banana (the surly wise-guy) and Cricket (the brains of the bunch) deal with their very different problems in and out of their treehouse pad, which inevitably come together in the end.

Selling points: Creators Dave Cooper and Johnny Ryan bring years of comics experience to their first show, which Nickelodeon U.S. re-upped for a second season before it even premiered. International broadcast interest is starting to pick up for the show, which makes its MIPTV debut this year after premiering last summer, so the time to jump on the Pig Goat Banana Cricket train is now. 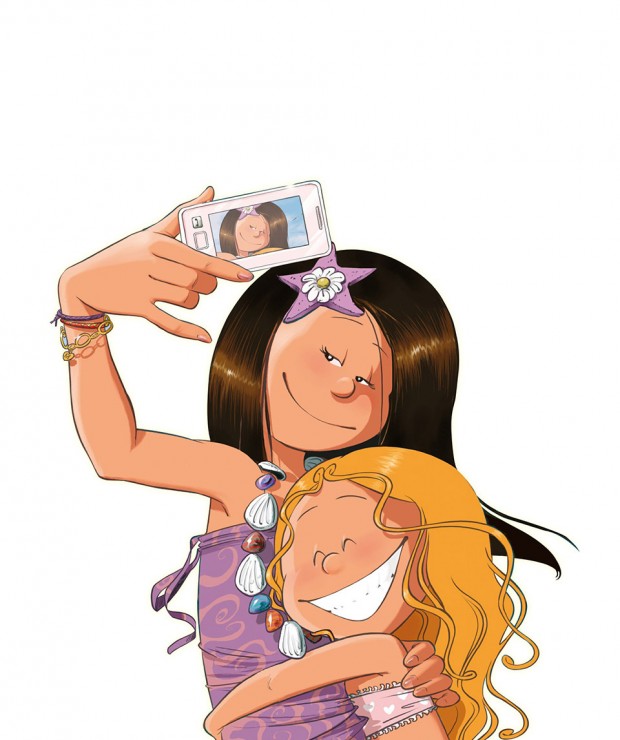 Synopsis: Sibling conflict leads to comical situations in this slice-of-life show about seven-year-old Marine and 13-year-old Wendy. Wendy just wants to be a grown-up and get through the ups and downs of teenhood in one piece, while Marine is still a hyperactive, naive child who is always coming up with crazy ways to get her sister’s attention.

Selling points: Based on the best-selling comic books by William & Cazenove (Bamboo Édition), the show’s focus on strong characters and relatable sisterly bond make for a “compelling, laugh-out-loud comedy filled with themes that every kid can relate to,” says Jetpack CEO Dominic Gardiner. Commissioning broadcasters M6 and Canal+ clearly agree. 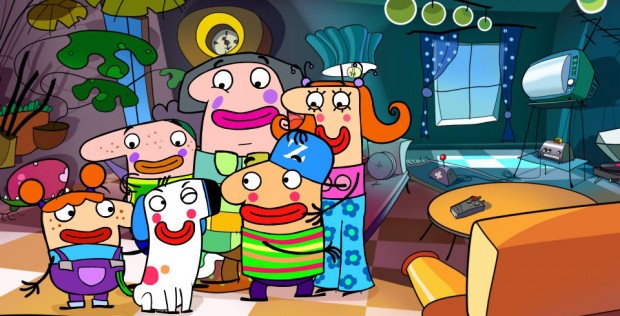 Synopsis: Being a pre-teen is hard enough, but for Zoli things get even crazier when his estranged father suddenly shows up … having been transformed into a dog. In addition to putting up with his organic food-obsessed stepfather, irritatingly popular stepbrother, a half sister who’s a genius and a mother who’s an out-there conceptual artist, Zoli must get reacquainted with his real dad now trapped in the furry body of the family pet.

Selling points: In addition to a creative concept that puts the modern family sitcom set-up in a new light, Zoli & Pokey features a distinct, quirky and colorful design scheme. Key creatives include series director Jacopo Armani, an award-winning animator who has worked on both sides of the Atlantic, and writers Sophie Decroisette (K3, Heidi, Code Lyoko) and Anna Frégonèse (Atomic Betty, SantApprentice).

You may also like...
Related Topics:Arthur And the Minimoys – The Series, Cracked, Jade Armor, Kit 'n' Kate, My Knight and Me, Pig Goat Banana Cricket, The Sisters, Zoli &Pokey