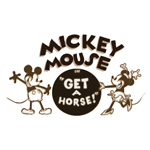 One of the biggest highlights of this month’s dynamic D23 Expo in Anaheim was the U.S. premiere of the studio’s innovative new short, Get a Horse! Although the studio had been cleverly positioning the short as a “never-before-seen” Mickey Mouse short, those who had caught the world premiere at Annecy in June, knew that it was actually a fantastic new project mixing 2D digital animation and 3-D effects.

“There are still some Internet sites and people who, even thought they sat through the whole thing, still think its all [a found film],” the short’s talented director Lauren MacMullan tells ew.com. “It maybe comes from a fervent desire to believe that could be true. I really wish that were the case — except for the fact that no one would let me direct a short in 1928.”

Get a Horse! which showcase the talents of Disney veteran artist Eric Goldberg as 2D animation supervisor, also has the distinction of featuring Walt Disney as the voice of Mickey. All of his dialogue for the short was put together form previous recordings of Disney as the famous mouse.

We won’t spoil the wonderful surprises this short has for animation fans, but the good news that everyone can enjoy Get a Horse! when it screens with Disney/Pixar’s The Good Dinosaur in June of 2014. 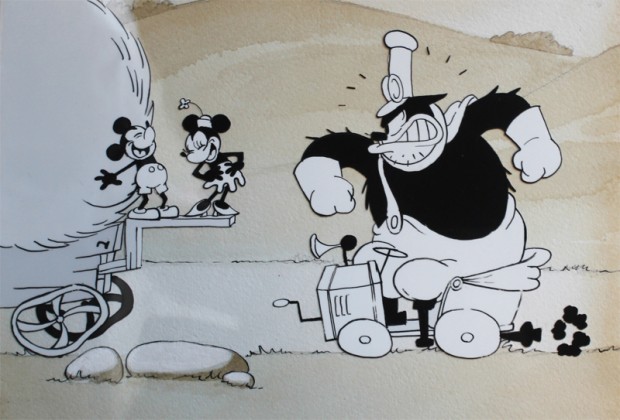