Moore College of Art & Design has revealed details of its four-day festival of animated films created by women (five features and 30 shorts), which will further celebrate the impact of women in the industry with Meet-the-Artists discussions, an Adobe Creative Jam, and panel featuring women game designers. The event is a timely precursor to Moore’s first Animation & Game Arts program graduation in May.

Taking place during Women’s History Month, the 2017 MooreWomenArtists: Women in Animation Film Festival will run March 23-26 in Stewart Auditorium at the college’s Philadelphia campus. All events are open to the public, and admission is free. More information available at moore.edu/womeninanimation2017.

Screening highlights will include Ann Marie Fleming’s Window Horses, Signe Baumane’s Rocks in My Pockets, a short film focus on Emily Hubley and Faith Hubley, and even an anime injection with a feature inspired by Rumiko Takahashi’s popular Inuyasha.

Kat Webster from Bioware, Lauren Brown from EA Games, Harley Dwortz from Rooster Teeth Productions and Melissa Soest from BioWare will discuss their creative process, careers and how they are effecting change in the industry. The panel will be followed by Q&A with the audience and a reception with the panelists.

Asian-Canadian filmmaker, writer and visual artist Ann Marie Fleming’s Window Horses (2016) features the voices of Sandra Oh and Ellen Page. Window Horses (The Poetic Persian Epiphany of Rosie Ming) follows Rosie Ming (Sandra Oh), a young Canadian poet of mixed descent who grew up believing her father abandoned her. She’s been invited to perform her poetry at a festival in Iran, where she finds that what she’d been told as a child may not necessarily be the entire truth. The film will be followed by a Meet-the-Artist Q&A.

This afternoon of animation will include a juried program of shorts by women and then American filmmaker and animator Emily Hubley will screen a program of her films and those by her mother and animation pioneer Faith Hubley, who died in 2001. Faith, who often collaborated with her husband John, combined elements of myth, jazz and a deeply felt humanism into her films, which included the Academy Award-winning shorts Moonbird (1959), The Hole (1962) and A Herb Alpert and the Tijuana Brass Double Feature (1966), as well as the Oscar-nominated Windy Day, Of Men and Demons, Voyage to Next and A Doonesbury Special. The film will be followed by a Meet-the-Artist Q&A.

Shorts Program: “All Our Lives Combined”

Includes Lingua Absentia by Kate Raney; The Biggest Wad Is Mine by Samantha Gurry; More Dangerous Than a Thousand Rioters by Kelly Gallagher; The Mirror by Tori Huynh; Something Has Happened by Hannah Burke; Lady Disaster by Megan Barker; “I AM” A Meditation by Danielle Dunnigan; About Death by Eunjae Lee; Lady Secrets by Lori Damiano; Yogalaxy by Therese Schnoell; and Earth Emergency by Su Yeon Lim.

Adobe will present a Creative Jam event where local thought leaders share a behind-the-scene peek into their processes and projects; meanwhile, teams compete in a tournament that puts their creative skills to the test using Adobe Creative Cloud. The tournament begins at 5:00 pm in Moore’s studios and will be followed with presentations by thought leaders and the winning teams in Stewart Auditorium and a reception in Widener Memorial Gallery. Participation and admission are free. For more on this event: nvite.com/CreativeJam/moore.

A program of shorts will be followed with a mix by Jessica Ciocci, founding member of the Pittsburgh, PA/Providence, RI art collective Paper Rad. The collective creates comics, zines, video art, net art, MIDI files, paintings, installations and music, and has work exhibited in major museums and galleries, including The New Museum of Contemporary Art and Deitch Projects. Ciocci’s work includes drawing, painting, craft, home-recording, photography, performance and animation. Her animated program will be loosely based on her audio collage mix tapes and include a fully integrated video collage of inspiring women animators whom she admires. The screening will be followed by a Meet-the-Artist Q&A.

Shorts Program: “What keeps us up at night?”

A program of family friendly shorts will be followed by this contemporary classic. Created by the beloved female artist Rumiko Takahashi, the 2001 anime film is the first in the Inuyasha movie series. In it, the half-demon Inuyasha is set free from the Legendary Tree by Kagome, a girl who has traveled 500 years through time. During their journeys they meet up with Sango, Miroku, Shippou, Kaede and Myoga and together try to stop Menomaru from becoming the most powerful Chinese demon ever. Menomaru’s father, known as Hyoga, came to invade Japan 300 years ago but was stopped by Inuyasha’s father. This film is being shown Courtesy of Viz Media.

Shorts Program: “The Heart That Smiles”

Includes Man vs Machine by Kyerra Brown; Use Your Head by Lauren Niedelman; Pepita & Max – an alpine blessing for Monsieur Raf by Stephanie Knoebl; The Letter by Katherine Woods; The Open Road by Victoria Chen; Breathe by Catherine Chen; FiFi va a la Plage by Kathryn Roake; Little Buggies by Katie Graziano; The Man Who Lives on a Hill by Jackie Bauwens; and How Ideas Are Made by Alleanna Harris.

Rocks in My Pockets

Rocks in My Pockets is directed by Latvian-native Signe Baumane. Now living in New York City, the New York Foundation for the Arts Fellow in Film worked for independent animator Bill Plympton and later went on to create her own animated films, including Birth and Rocks in My Pockets. A story of mystery and redemption, this moving work is based on true events involving Baumane and four other women in her family, exploring their battles with depression. It raises questions of how much family genetics determine who we are and if it is possible to outsmart one’s own DNA. The film will be followed by a Meet-the-Artist Q&A. 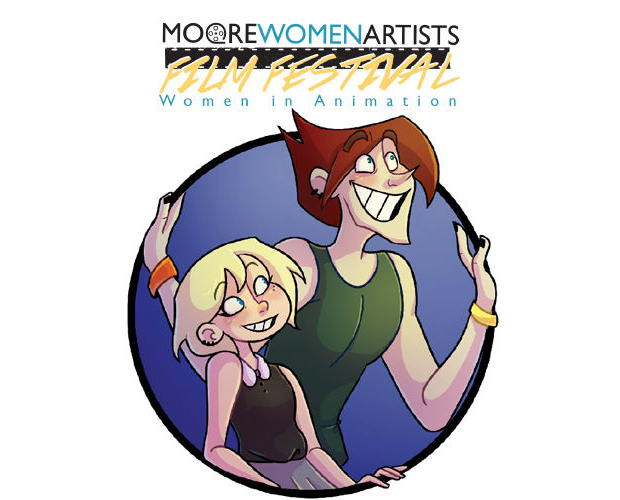