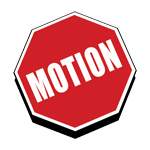 First presented in 2009, the Montreal Stop Motion Film Festival is the largest festival in the world dedicated to the animation technique. Last year’s event screened 70-plus films in competition and hosted a sold-out master class with Georgina Hayns on the making of LAIKA’s The Boxtrolls.

More information can be found at stopmotionmontreal.com.