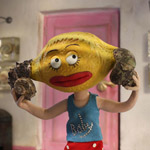 MONSTRA Lisbon Animation Festival returns to the Portuguese capital this week for its 18th birthday. Running March 8-18, this year’s event will pay homage to Estonian animation with roughly 140 films both historic and contemporary, retrospectives on influential directors — like Priit Pärn, Priit Tender, Kaspar Jancis, Ülo Pikkov and Rao Heidmets — feature films, and family fare. Estonia, which this year celebrates a century since declaring independence from the Russian Empire, was the first European country to produce a stereoscopic film; MONSTRA will mark this milestone with a program of stereo shorts and Mait Laas’ feature film Lisa Limone and Maroc Orange, a Rapid Love Story.

Other feature screening highlights include an advance premiere of Aardman’s Early Man March 7 — Portuguese animation team member Emanuel Nevado will be in attendance, and director Nick Park will present a masterclass and some of his films on March 10. The “Evasions for Freedom” historic film series includes George Dunning’s Yellow Submarine (1968), René Laloux’s Fantastic Planet (1973), Dave Borthwick’s The Secret Adventures of Tom Thumb (1993), and The Triplets of Belleville (2003) with director Sylvain Chomet visiting for a master class.

A spotlight on Japanese animation will include four features by Mamoru Hosoda, a retrospective of shorts by Oscar winner Kunio Kato, screening of Studio Ghibli co-founder Isao Takahata’s Gauche the Cellist, and a retrospective presented by Koji Yamamura of both his work and pieces by his students at the University of Tokyo as part of the MONSTRA at the University Program.

Outside the film festival, Ciné Troupe returns to Praça Luís de Camões for The World’s Smallest Cinema super-shorts competition (March 1-10). Over the weekends, the Family Program will offer free sessions at Baby Monstra (children under 3 years old) with Estonian shorts and features, as well as animation workshops for all ages. MONSTRA will hold sessions at Lisbon schools — MONSTRINHA for youngsters and MONSTRA at the University for older students. And the Museu da Marioneta is running an exhibition in honor of Estonian studio Nukufilm’s 60th anniversary, showcasing eight sets from their puppet films as wella s four from Portuguese stop-motion films That’s How It Was, Axl Rose, Amelia and Duarte, and The Sounds from the Drawers. 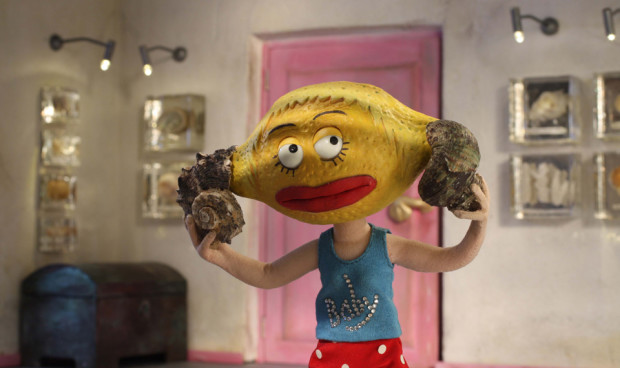