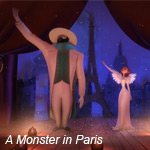 If you’ve been dying to see some fantastic animated features and shorts from all over the world, you’ll just need to book that flight to the Big Apple this spring. The New York Family Film Festival has announced a very impressive line-up for this year’s edition, which takes place March 2-27 at the Asia Society, Cantor Film Center, DGA Theater, IFC Theater, Scholastic and Symphony Space.

The festival’s opening night movie is Bibo Bergeron’s well-received 3-D feature A Monster in Paris, a romantic comedy about a misunderstood monster set in 1910-era Paris. Among the many other festival highlights are premiere screenings of Aardman Animations’ The Pirates! A Band of Misfits, Jean-Francois Laguione’s Le Tableau, Hiroyuki Okirua’s A Letter to Momo, Michel Ocelot’s Tales of the Night 3D, Jiri Barta’s Toys in the Attic, the charming Estonian family film Lotte and the Moonstone Secret, Martin Clapp’s award-winning Magic Piano SD (with live concert piano performance of Chopin’s music) and a double treat for Beatles fans—screenings of George Dunning’s Yellow Submarine and Richard Lester’s A Hard Day’s Night.

To learn more about this one-of-a-kind festival, which is put together by the top-notch team at GKids, the distributor of the Oscar-nominated Chico & Rita and A Cat in Paris, visit gkids.tv. 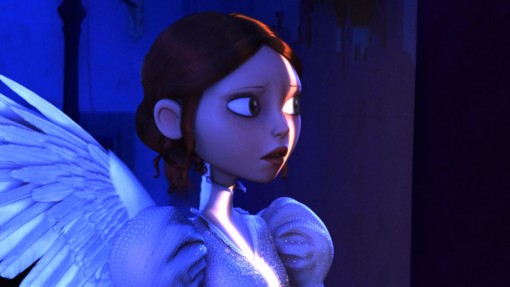