The 6th Annual Made in Hollywood Honors will be bestowed on live-action awards darling La La Land and Walt Disney Animation Studios’ Moana and Zootopia. Sponsored by the Los Angeles City Council and six major entertainment organizations, the MIHH recognize Oscar-nominated films that support production in Hollywood and throughout California.

The honors ceremony will be held February 16 at its permanent venue, the Heart of Hollywood Terrace, which stands on the historic Vine Street site of the Hollywood Brown Derby. Red Carpet arrivals will begin at 8:15 a.m., with the ceremony, hosted by LA City Councilmember Mitch O’Farrell, set for 9 a.m. sharp.

The MIHH program celebrates films nominated for the Academy Award for Best Picture or Best Animated Feature produced and filmed in California. Since its inception in 2011, five of the MIHH honoree films have gone on to win in these Oscar categories: animated features Frozen (Disney), Big Hero 6 (Disney) and Inside Out (Pixar); The Artist and Argo.

Joined with the LA City Council in sponsorship of the event are SAG-AFTRA, the California Film Commission, FilmL.A., Teamsters Local 399, the Film Musicians Secondary Markets Fund, and the Producers Guild of America, with partner and co-sponsor 1600 VINE and its managing partner, Klein Financial Corporation. 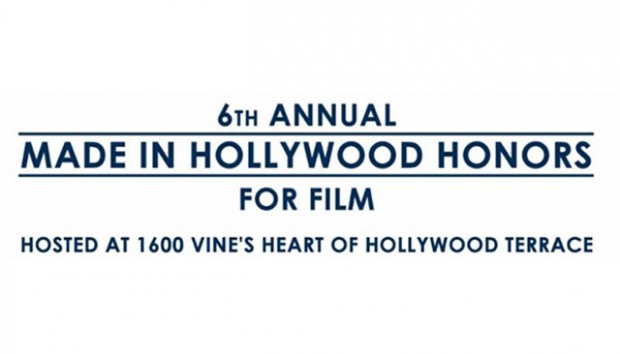