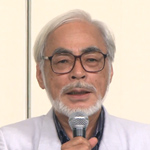 At a packed conference attended by over 600 journalists in Japan on Friday, animation icon Hayao Miyazaki, the Oscar-winning director of 11 popular features said he’s definitely retiring and that The Wind Rises will be his final film.

“I’ve mentioned that I would retire many times in the past, so a lot of you must be thinking ‘Oh, not again,'” he said “But this time I am quite serious.”

The director, who is 72, said that he would rather pursue other activities than labor into his 80s on another feature film: He also mentioned that he won’t work on short films or screenwriting during his retirement.

“My work is really about sitting at the desk and drawing,” he said. “And at my age, you just reach a point when you have to put down the pencil a bit earlier each day and go home.”

Miyazaki’ founded Studio Ghibli in 1985 with Isao Takahata. The studio will remain in operation, with two projects currently in production, said chief executive, Koji Hoshino. The Oscar-winning Spirited Away, My Neighbor Totoro, Princess Mononoke and Howl’s Moving Castle and Ponyo are among some of his best-loved feature films. Disney will release his 2013 film The Wind Rises, which has been a huge hit in Japan, for an Oscar-qualifying run in the U.S. this November. The somewhat controversial film is a fictionalized account of the life and times of Jiro Horikoshi, the man who designed Japan’s World War II fighter planes. Miyazaki’s father managed a fighter plane-producing factory during the war.

The 72-year-old director added, “I’d like to be involved with creating exhibitions, perhaps as a volunteer, but who knows, maybe I myself will be exhibited in the museum.”

“I wanted to convey the message to children that this life is worth living,” he said about his movies. 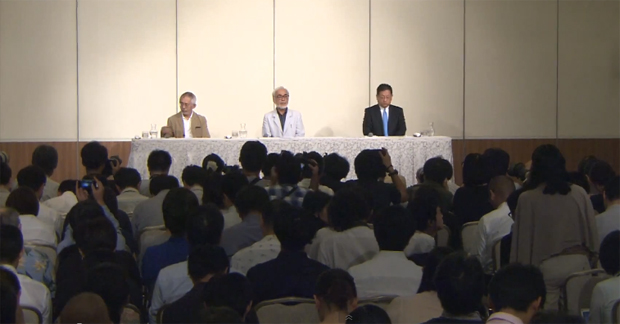 Hayao Miyazaki confirms his retirement at a press conference