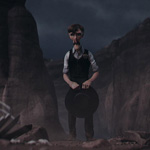 SIGGRAPH will explore the limits of computer imagery, animation and visual effects at 43rd annual conference and exhibition, set for July 24-28 at the Anaheim Convention Center.

The computer imaging world is set to gather once more for the 43rd edition of the Special Interest Group on Graphics, better known as SIGGRAPH.

As always for those interested in computer animation and visual effects, the event is jam-packed with courses, talks, demonstrations and a lively exhibit floor. As in previous editions, the Computer Animation Festival held at SIGGRAPH is a highlight, having honored eventual Best Animated Short Oscar nominees and winners.

For 2016, an expert jury of professionals from the visual effects, animation, research and development, games, advertising, and education industries evaluated the submissions.

The winners of this year’s Computer Animation Festival Awards are: