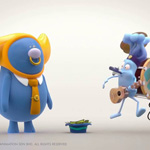 Spain’s Imira Entertainment has acquired two new short format series for its distribution slate ahead of MIPTV in Cannes: AstroLOLogy from Lemon Sky, and Buck & Buddy from Lil Critter Workshop. These titles will help Imira meet the growing demand for original kids’ comedy content across digital and TV platforms.

“Since the beginning of this year we have been searching extensively for innovative, fresh and original non-dialogue comedy series that can work across all viewing spectrums and with universal appeal, and both the star sign comedy for kids,” commented CEO Paul Robinson. “AstroLOLogy, and the joyous slapstick comedy Buck & Buddy fit these criteria perfectly.”

AstroLOLogy (288 x 2’) is a quirky non-dialogue “star sign” comedy for kids, transforming all 12 Zodiac symbols into human-like, fun characters with big personalities that everybody can relate to. Each short is a humorous sketch based on a key personality trait of each of the star signs, with a message at the end of which explains what individuals with that star sign are like and how best to understand them. No matter when you were born, you will find an animated cartoon about you, highlighting your personality, and indicating a few hidden truths about the way you think and feel!

Buck & Buddy (60 x 5’) is a non-dialogue slapstick comedy aimed at kids and families everywhere. Buck the beetle and Buddy the stick insect are an unusual pair of allies, sometimes friends, sometimes foes, and are always trying to get what they need to survive, using discarded objects and waste on their desolate habitat that is their home. The series is an exploration of all that is beautiful, innocent, fun and fearless in childhood growing-up. 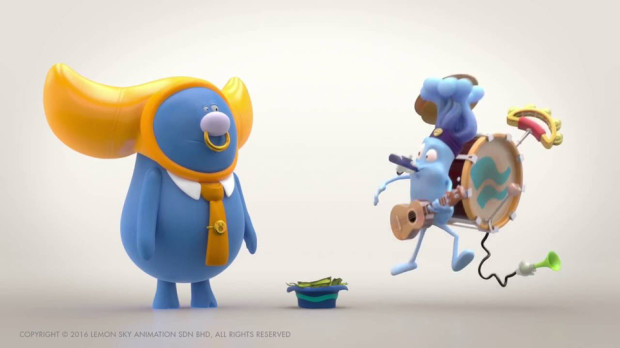