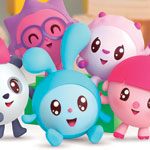 FUN Union and Imira Entertainment have sealed a multi-territory distribution deal and partnership, which will see the former’s three produced IPs showcased at MIP for the first time. Imira is handling Spanish, Portuguese and Italian-speaking territories for the”Riki Universe” (476 episodes total): BabyRiki (104 x 5’, preschool) a CG/live-action hybrid edutainment series, KikoRiki(216 x 6’30” & 52 x 11’) follows the BabyRiki characters as they grow and have adventures (No. 1 in Russia for kids 5-12), and PinCode (104 x 13’), an edutainment comedy targeted at school-age children which explores physics, chemistry and biology with its globe-trotting heroes

Genius Brands International has a lot going on for the market, as ever. Rainbow Rangers (launching Fall 2018 on Nick Jr. US, with Mattel as master toy partner) will debut with a short teaser. Netflix Original Llama Llama (January 2018) is also premiering a new teaser at the young audiences confab. A new 26 x 11’ of SpacePOP is launching following the new movie Not Your Average Princesses. Baby Genius has an all-new special available, All About Words, with more episodes coming in 2018 with a major star attached (TBA). Thomas Edison’s Secret Lab is now available in Spanish and Portuguese, having recently launched on NatGeo Kids Latin America. And of course, Kid Genius Cartoon Channel is coming to Amazon Prime Video!

Monster Entertainment is launching a whopping eight new animated series at MIPCOM! On the roster:

I’m A Fish (52 x 2’, Ages 4-8) is the latest “I’m A..” series and features a variety of sea creatures who introduce viewers to their underwater world with all sort of fun and interesting facts about their lives; produced by Salty Dog Pictures and Monster Ent., pre-sold to Knowledge (Canada), ABC (Australia) and Noga (Israel).

Casparade (13 x 7’, Ages 5-9) is about little rascal Caspar and his best friend Ada who find unexpected solutions to questions dealing with friendship, loyalty and the weirdness of adults; produced by Human Ark (Poland), presold to Canal Plus Poland.

Noah’s Park (14 x 22’, Ages 3-6) takes the animals off the ark and into the park, following Dreamer the rhino, Honk the camel, Stretch the giraffe and their friends, combining puppets, costumes, stop-mo and CGI.

IB the Dog (26 x 3-4’, Ages 3-6) is a charming short-form about a little dog who thinks up creative solutions to new challenges; produced by Klassefilm (Denmark) and PortaPlay, presold to DR (Denmark).

Peek Zoo (26 x 6’, Ages 3-6) is a hilarious series of adventures featuring Mr. Peek the zookeeper and his children, Jimmy and Violet, as they look after the loud and colorful animals of Peek Zoo; commissioned by RTE Junior and produced by Igloo Films (Ireland)

Planeta Junior is showcasing new properties — including its previously announced ZAG HEROES collaborations. These include Power Players, an innovative hybrid series about a team of secret heroes formed by a little boy and his toys; Pixie Girl, a fun-packed adventure about a super-heroine with the powers of Mother Nature who fights evil witches in New York; and Gormiti, a co-pro with Giochi Preziosi and Kotoc based on the popular toys which follows the boy heroes from the elemental realms of Gorm on their search for the Lost Tower. Planeta Junior will also be shopping the CG Maya the Bee (52 new eps.), Mutant Busters and collectible toy-inspired Magiki preschool series.

Squeeze president & co-founder Denis Doré will be presenting their flagship slapstick series Cracké to international producers and distributors assembled to find the best Canuck shorts series during the Canada Big on Shorts panel at MIP Junior (Oct. 15, 10:15 at the Marriott main theater), organized by Telefilm Canada and the Canada Media Fund, saying: “It’s a little like making the Olympics of animation.” The 3D property is produced in Quebec City by Squeeze in collaboration with Teletoon, with great governmental and organizational support. The series stars an anxious ostrich dad named Ed who in his efforts to protect his brood of 8 eggs only succeeds in creating more trouble for himself. 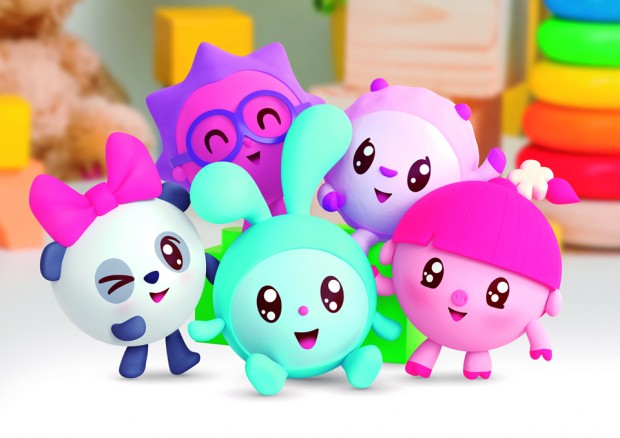 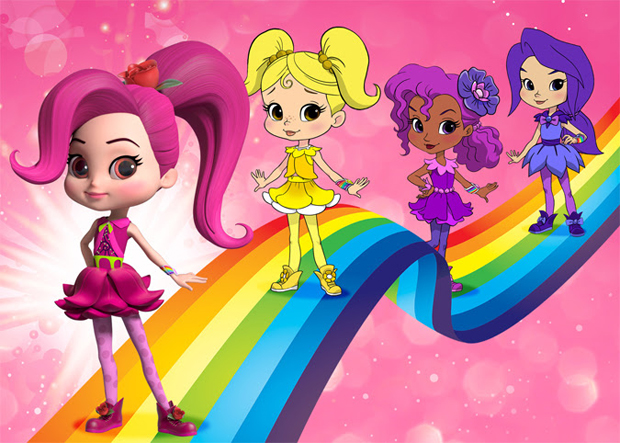 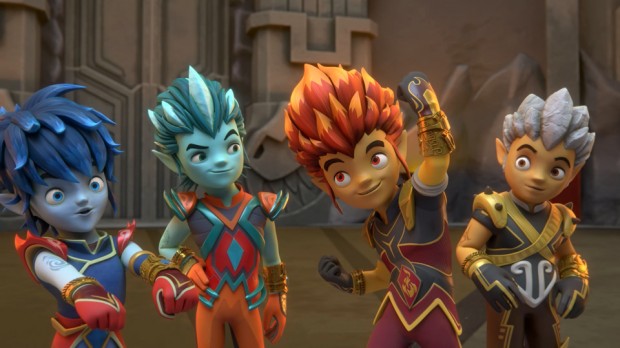 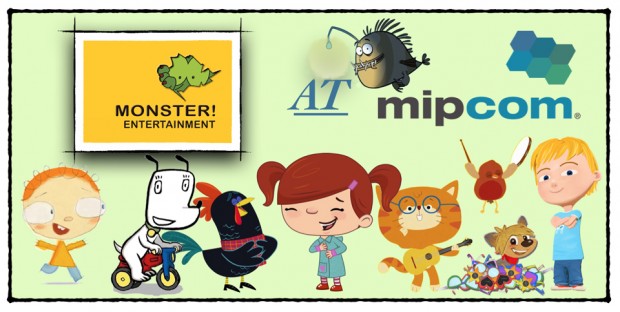