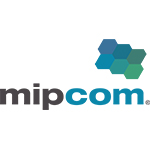 It’s that magical time of year when Cannes, France’s Palais des Festivals (and any bars within walking distance) are jam-packed with content creators and buyers from across the globe, hoping to make the deal of a lifetime or snap up the next big thing. With all the great animated content on offer, picking a few shows to highlight for our readers feels kind of like throwing a dart at the wall. Blindfolded. In the dark. But we try, anyway! And be sure to visit us online for the latest news from the show October 13-16 at animationmagazine.net. 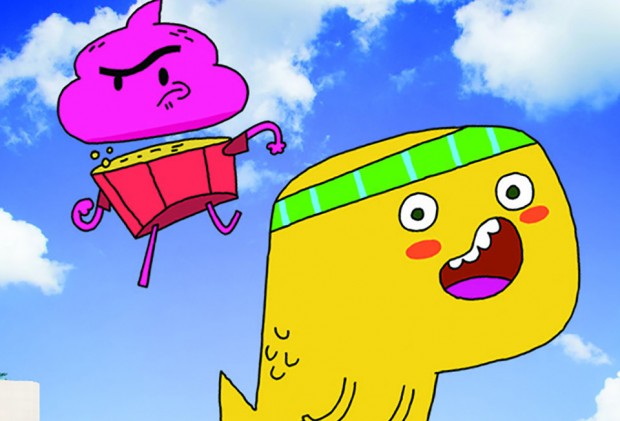 Produced by: Entertainment One, Birdo Studio; distributed by eOne Family

Synopsis: A Cupcake. A Dinosaur. Somehow, they are brothers, and they do stuff — like rock out on keytars like a boss!

Selling points: Eboli and eOne have been pretty hush-hush when it comes to details about the project, but if the super fun trailer (featuring Skrillex) and random-cute characters are any hint, it looks like the next cult show for tweens to 20-somethings. 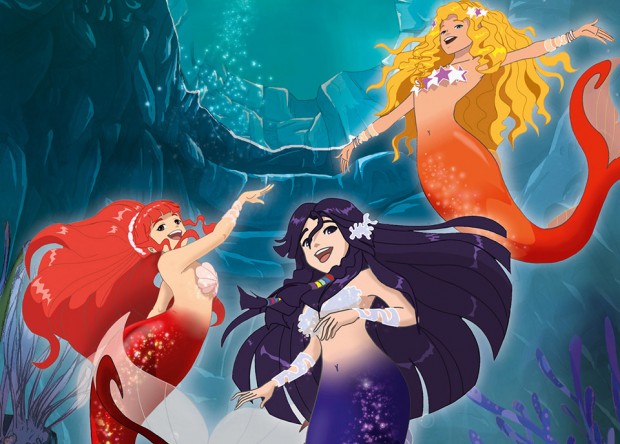 Created by: Inspired by the live-action series created by Jonathan Shiff

Synopsis: When exploring the mysterious Island of Mako, three ordinary teenage girls fall under a spell that changes their lives: whenever they are splashed by water, they are transformed into mermaids. The trio are often called to help out situations in the underwater world with their sea creature friends and have enchanting adventures. 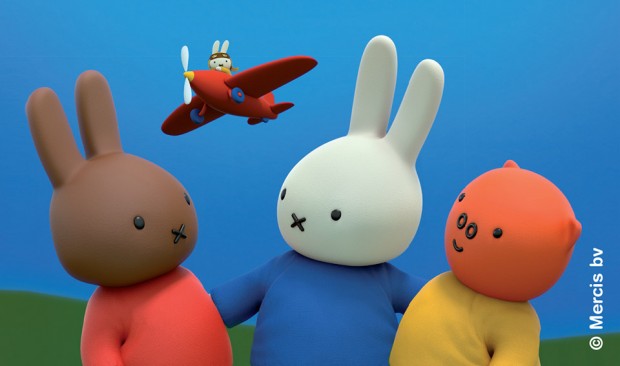 Created by: Based on the work of Dick Bruna

Synopsis: Featuring new children’s voices, characters and locations, the first-ever CG Miffy series uses simple narratives and cheerful songs to illustrate the little bunny’s explorations of the world around her.

Selling points: “We are is delighted with this new series in which Miffy is thoroughly modern and more adorable than ever,” says Mercis producer Frank Padberg. “Blue-Zoo has been able to recreate the same warmth and beautiful atmosphere of the previous stop motion series. The images look incredibly crisp, whilst the stories are full of action and genuinely fun! With Miffy celebrating her 60th birthday next year, this series will introduce the character to a whole new generation.” 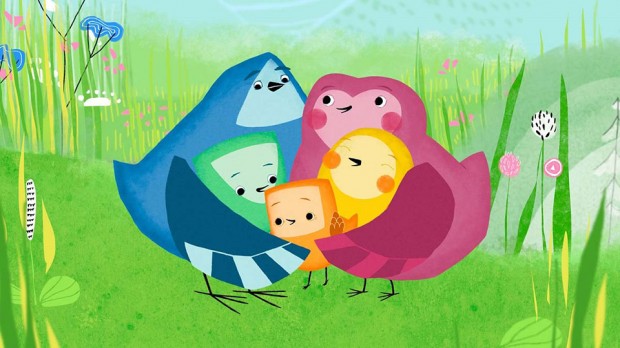 Produced by: Sun In Eye Productions; distributed by Monster Entertainment

Created by: Based on the book by Metsämarja Aittokoski

Synopsis: Pikkuli is a young bird who hasn’t yet learned to fly. Instead, he hops around like a chicken and swims like a penguin, and loves to play and sing with his young friends and his loving parents. 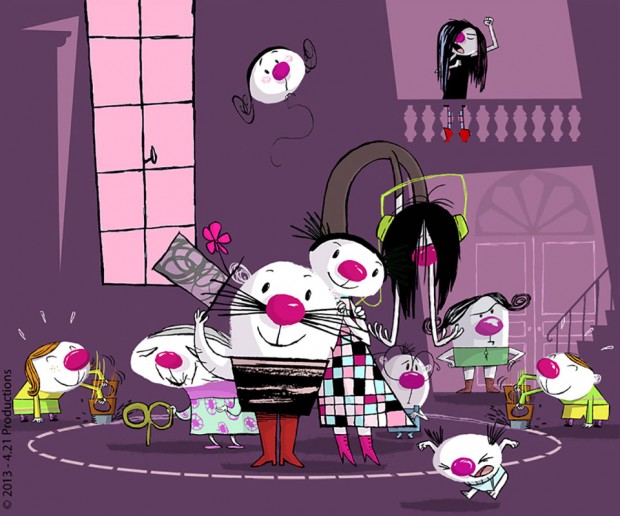 Produced by: 4.21 Productions; distributed by Mediatoon

Created by: Based on the Lil’One books by Didier Levy and Frédéric Benaglia

Synopsis: The Crumpets are an extra-large family living in an odd house, where Pa spends his time gardening while Ma invents revolutionary machines. There’s also Granny, goth teen Caprice and regressive Pfff, who we meet through the eyes of Lil’One who just wants to get rid of his 141 brothers and sisters and have his mom to himself.

Selling points: “We have been seduced by the originality and the modernity of the project and we had a very special crush on the explosive duo formed by Lil’One and his Gran Ma,” says Mediatoon’s general manager Jerome Alby. 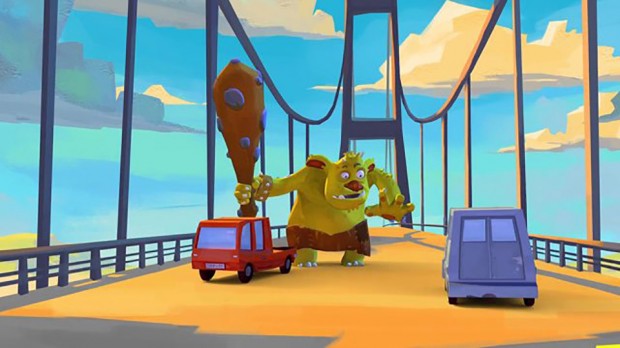 The Flying Bear & the Gang

Synopsis: Siblings Polly and Jack team up with a Bear and his flying Book of Legends on a quest to save the magic creatures from myths and legends from around the world before the pixelated villain Cyber can turn them into a digitized army and use them to conquer the world.

Selling points: The Polish studio is developing the series for the international market, reaching out to expert screenwriters and music composers to create diverse adventures for the Bear and his gang, working ethnic motifs into the globe trotting stories. The concept has been well received by European broadcasters at Cartoon Forum. 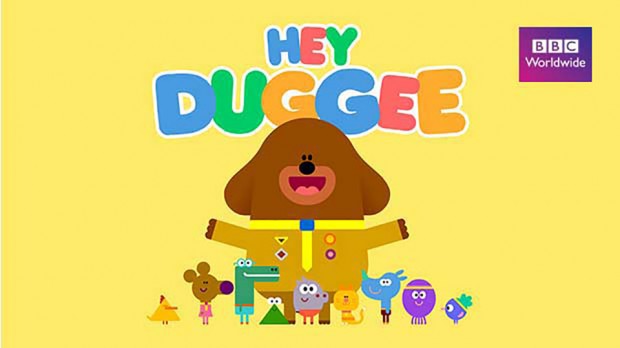 Produced by: Studio AKA; distributed by BBC Worldwide

Synopsis: Duggee is a big dog who is big on physical activity. He leads an after school club called the Squirrel, which consists of Tag the rhino, Betty the octopus, Roly the hippo, Happy the crocodile and Norrie the wombat. Their adventures are always rewarded with a Squirrel Activity Badge to show their proud parents.

Selling points: With vibrant, shape-conscious designs, the show is primed to get kids moving as Duggee and co’s adventures encourage young viewers to use activity to solve a problem by moving, jumping, running and skipping. Take that, childhood obesity epidemic! 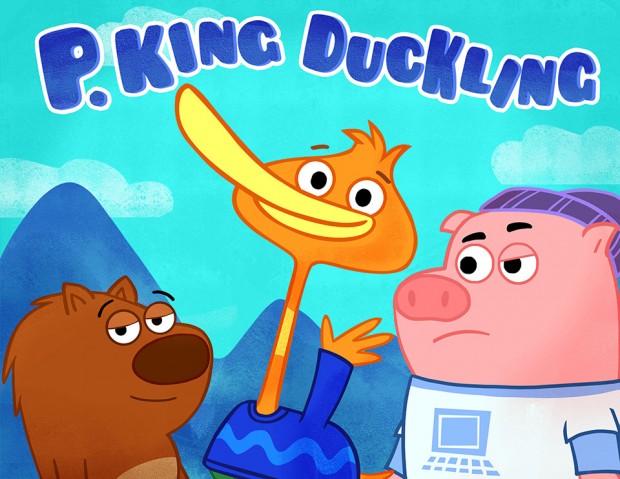 Synopsis: P. King Duckling is an adventurous bird with big dreams and not a lot of common sense. He lives in suburban Hilly Hole with his friends Wombat and Chumpkins the pig and is always looking for adventure — but his travel plans don’t always work out. 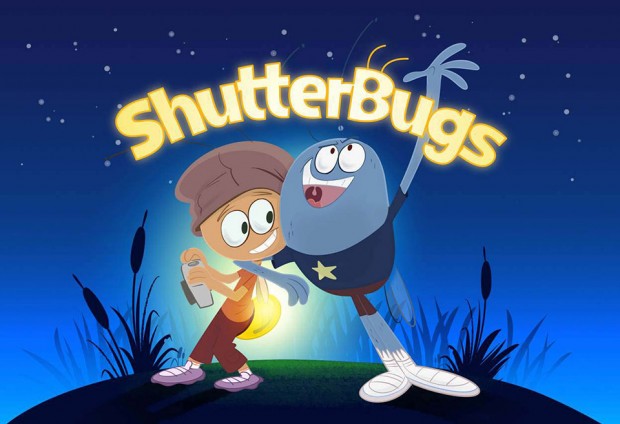 Synopsis: Take in the big adventures of some very small heroes: a reporter firefly and his pals, a horsefly and a spider. As they encounter a variety of first-time experiences, their problem-solving skills show viewers how better to relate to their world.

Selling points: Already picked up by TVOKids, Knowledge Kids and Radio-Canada, the series weaves digital literacy, science, math, technology and comedy into its narrative to give preschoolers a leg up on the 21st century 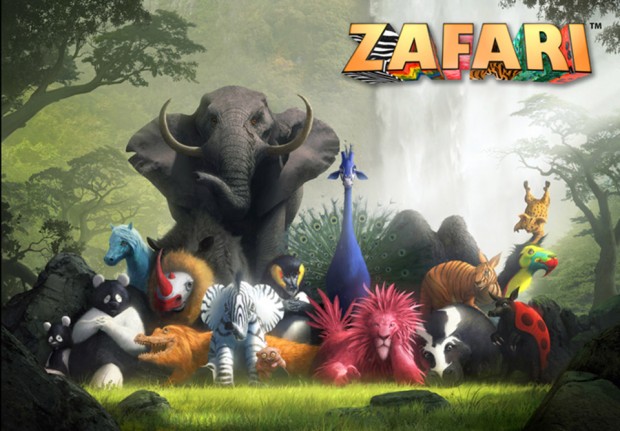 Synopsis:  The land of Zafari is populated by unique animals who have all been magically born in another species’ skin. Join Zoomba, a little elephant with zebra stripes, as he explores and makes sense of the world and learns to celebrate inclusivity and friendship.

Selling points: The multi-million euro budgeted project promises lush visuals in addition to its positive mission. “Zafari, with its strong message of embracing our differences, is a story that needs to be told to the world,” says director Claus Tomming. “We believe this enhances the brand and makes it really stand out in a crowded market.”