Nine animated and hybrid series to work into your schedule during the kids’ content market, taking place October 11-12 in beautiful Cannes, France. 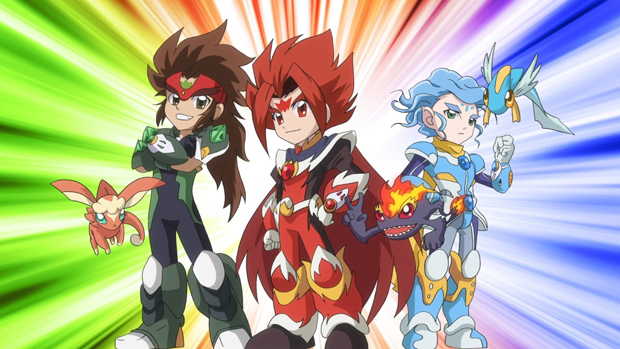 Heroes: Legend of the Battle Disks

Heroes: Legend of the Battle Disks
Format: 26 x half-hour or 52 x 13
Type of animation: 2D
Produced by: Asahi Production, distributed by MarVista Entertainment
Target audience: Boys 5-10
Synopsis: In a galaxy near the center of the universe, the Heroes live on Planet Aernia, home to an Academy that trains them with an ultimate mission: to fight the Dark Desire trying to destroy their world. The trainees hope to become part of the elite Heroes, but first they must find powerful secret weapons as they train for battle.
Selling points: This new Japanese import has the right pedigree to take off in the boys’ action realm. The series is directed by Masahiro Hosoda (Digimon, Yu-Gi-Oh) and written by Junki Takegami (Naruto, Power Rangers) with character designs by Yoshihiro Nagamori (Bakugan, Beyblade) — bringing a wealth of global hit experience to the table.
Delivery date: Available now. 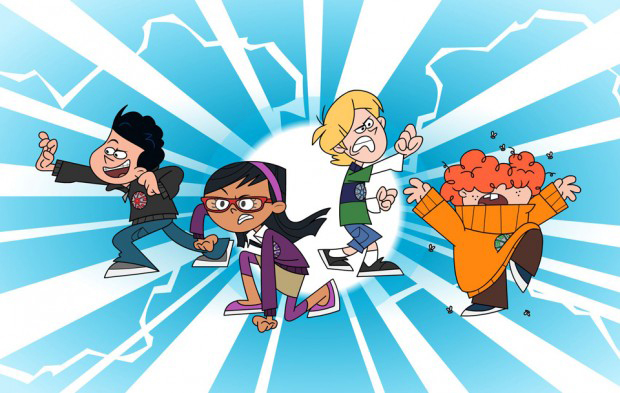 Supernoobs
Type of animation: 2D
Produced by: DHX Media Vancouver
Created by: Scott Fellows
Target audience: Kids 6-11
Synopsis: The evils of the universe collide with the evils of adolescence, as 12-year-old, nerdy best friends Kevin, Tyler, Shope and the Roach not only have to contend with the harrowing halls of their middle school, but must survive microcosmic assassins infecting earthlings bent on destroying them and the entire world.
Selling points: As DHX Media president and COO Steven DeNure points out, “We are very happy to be collaborating on a new Scott Fellows project on our animated slate, following the success of Johnny Test. The commitment of TELETOON [Canada] and Cartoon Network U.S. is testament to his creative talent.” 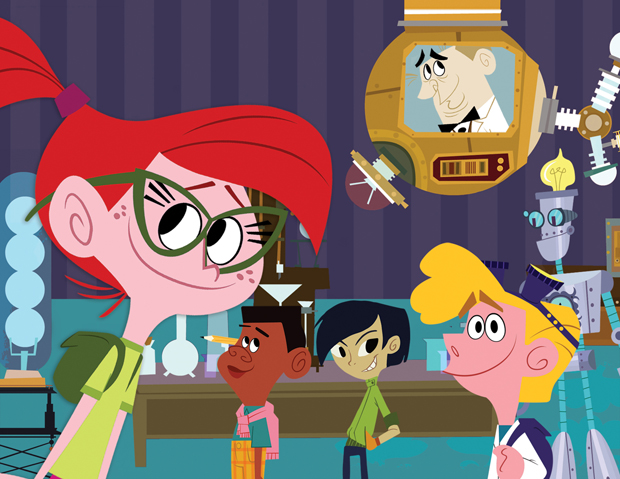 Thomas Edison’s Secret Lab
Format: 52 x 11
Type of animation: 2D
Produced by: Genius Brand International, American Public Television
Created by: Andy Heyward & Kevin O’Donnell
Target audience: Kids
Synopsis: Angie is a 12-year-old science prodigy who, along with her science club friends, discovers Thomas Edison’s Secret Lab: a dream lab equipped with everything they could ever imagine, including a hologram that brings the legendary inventor “to life” and a wacky robot named Von Bolt.
Selling points: “Learning and innovation go hand in hand; characteristics that are synonymous with Thomas Edison,” says chairman & CEO of Genius Brands Andy Heyward. “By blending real science educational experiences with fun, interactive entertainment, we hope to inspire children and encourage them in the love of science.”
Delivery date: 2015 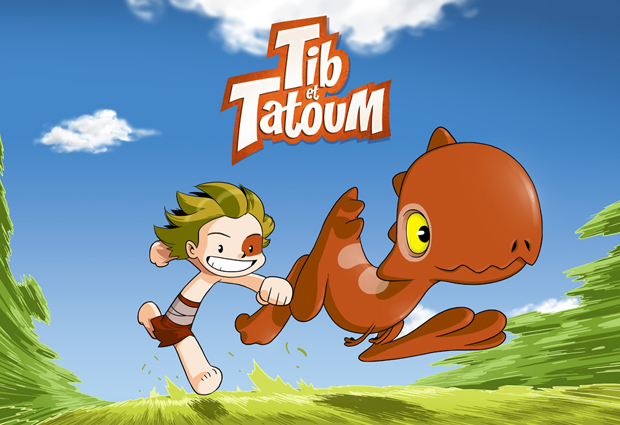 Tib & TumTum
Format: 52 x 13
Type of animation: 2D
Produced by: Go-N Productions, TFOU
Created by: Based on the comic by Flora Grimaldi and Nicolas Bannister
Target audience: Kids 5-8
Synopsis: Because of a birthmark on his face, young Tib has always been made fun of by the other kids in his prehistoric village. But Tib has one thing the others don’t: his best friends is a dinosaur! Having a T-Rex best buddy is awesome, but the lovable giant reptile also causes his share of problems.
Selling points: The graphic novel source material has proven a hit with kids and parents on both sides of the pond, and the show creators are sure they’ll capture that mix of comedy and mind-blowing adventure. “With this series, children will get a breath of fresh air. It conveys universal values: being open to difference, personal achievement, friendship and humor, while taking the drama out of learning about life,” say Go-N’s Eric Garnet and Anne de Galard. 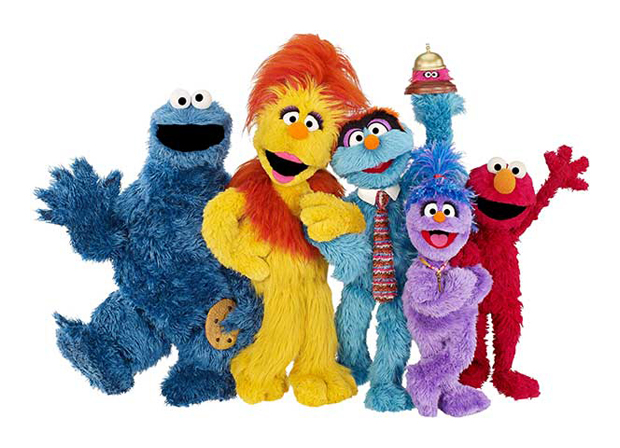 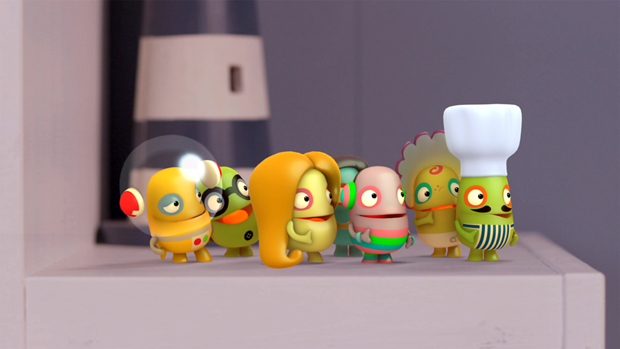 Glowbies
Format: 26 x 11
Type of Animation: CG/live-action
Produced by: Brain Power Studio, Gallus Entertainment
Created by: Donnie Anderson
Target Audience: Preschool
Synopsis: In the seaside town of Halibut Harmor, a tiny community of Glowbies live with Emma and Ben’s family in the lighthouse. The Glowbies make every day tasks info a fun romp as they discover how life in the town works and keep an eye out for their human pals.
Selling Points: “Glowbies is the company’s first original production,” notes Brain Power founder Beth Stevenson. “The live-action and CG mix brings a fresh approach to preschool programming, and we are confident that it will have universal appeal.” 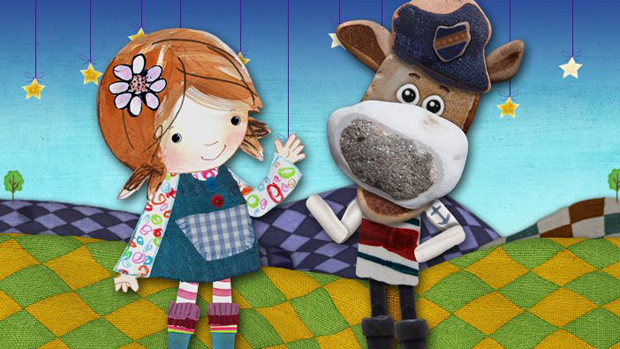 Lily’s Driftwood Bay
Format: 52 x 7
Type of Animation: Mixed Media
Produced by: Sixteen South
Created by: Colin Williams
Target audience: Kids 4-6
Synopsis: Seven-year-old Lily lives on an island with her dad in a little hut on the beach, across from Driftwood Bay — a different island where the characters she creates in her imagination come to life. Every day the sea washes up a new treasure which sparks her imagination about the nearby island.
Selling points: The show’s unique look comes from taking a cue from Lily and building every scene and element from beach salvage — which looks better than you’d think! Complemented by an original, folksy soundtrack and voice performances from the likes of Richard Dormer, Peter Mullan, Tameka Empson and Stephen Fry, it’s no wonder the show has had a second season commission already.
Delivery date: Currently airing on Sprout (U.S.), Nick Jr. (U.K., Ireland) and ABC 4 Kids (Australia). 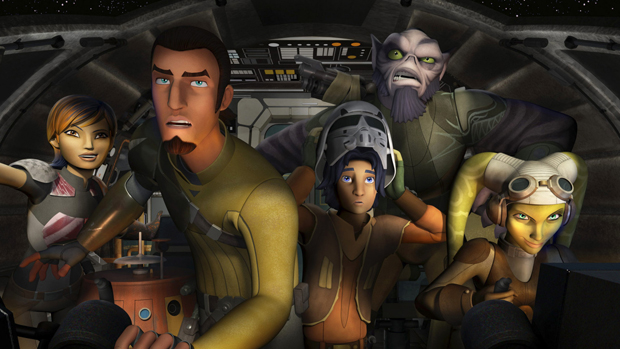 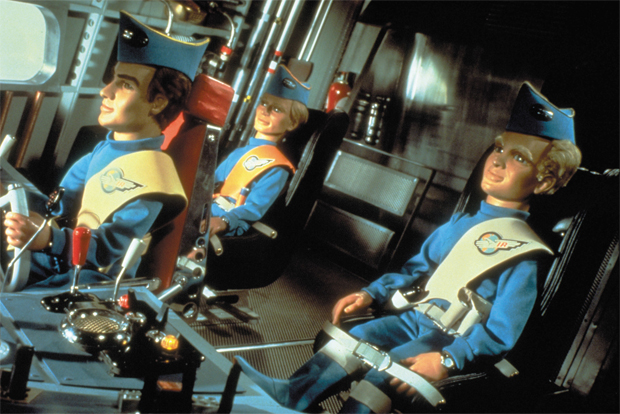 Thunderbirds Are Go!
Format: 26 x 30
Type of Animation: CG hybrid
Produced by: ITV Studios and Pukeko Pictures, in collaboration with WETA Workshop
Created by: Based on the original series by Gerry & Sylvia Anderson
Target audience: Kids
Synopsis: This ’60s series update follows the adventures of International Rescue — a high-tech global rescue service run by the Tracy family, who each week venture out to help those in need and battle the forces of evil.
Selling points: “Thunderbirds Are Go!‘s mix of CGI animation and live-action miniatures pays homage to the classic series, while creating a pioneering new look to appeal to today’s children,” says ITV Studios managing director Maria Kyriacou. The show stars Rosamund Pike as the voice of Lady Penelope, David Graham, Kayvan Novak and Thomas Brodie-Sangster.
Delivery date: Premiering on ITV and CITV Channel in the U.K. in spring 2015.