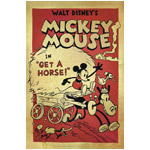 Disney is generating some buzz today for its mysterious Mickey Mouse short, Get a Horse which premieres at the Annecy Animation Festival (Tuesday, June 11) with the release of a new “old-fashioned” poster. Billed as the studio’s “never-before-seen” short, and featuring Walt Disney himself as the voice of the cheerful mouse, the project follows the Mickey and his favorite gal pal Minnie, their buddies Horace Horsecollar and Clarabelle Cow on a musical wagon ride until Peg-Leg Pete causes some mischief and tries to run them off the road!

Presenting this “lost” Mickey short at Annecy will be filmmakers Lauren MacMullan (Wreck-It Ralph, Avatar: The Last Airbender, The Simpsons), Dorothy McKim (Prep & Landing: Naughty vs. Nice, The Ballad of Nessie, Meet the Robinsons) and legendary Disney artist and animator Eric Goldberg. We’ll keep you posted about this “mysterious” short next week.

Here’s your first look at the poster: 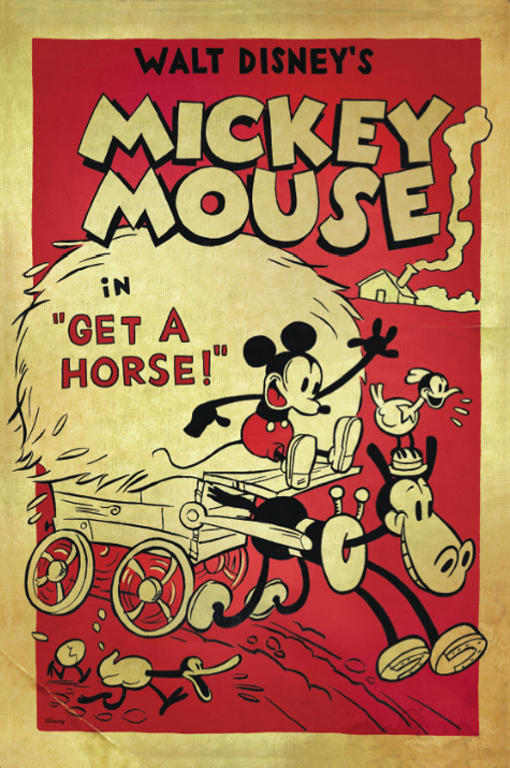 You may also like...
Related Topics:Annecy, Avatar the Last Airbender, Disney, Dorothy McKim, Eric Goldberg, Get a Horse, Lauren MacMullan, Meet the Robinsons, Mickey Mouse, Mickey Mouse in ‘Get a Horse’, Prep & Landing: Naughty vs. Nice, The Ballad of Nessie, The Simpsons, Walt Disney, Wreck-It Ralph

Topo Gigio, the famous puppet created more than 60 years ago by Maria Perego and ...