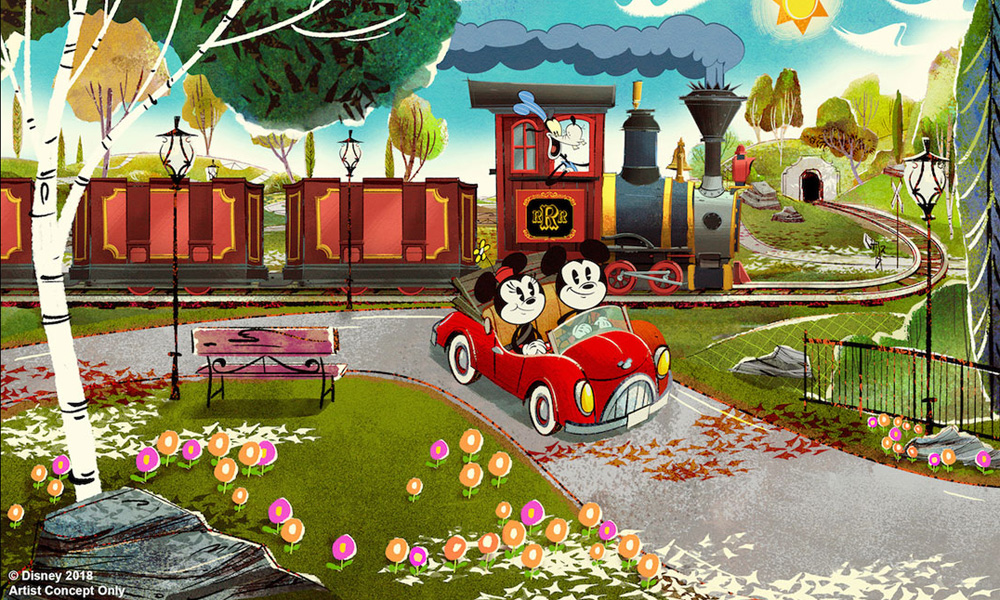 Disney Parks and Resorts has had a couple exciting announcements this week. Stateside, fans will be happy to know that the first major Mickey ride, Mickey & Minnie’s Runaway Railway, will be coming to Toontown in Disneyland in 2022, following its debut at Hollywood Studios in the Walt Disney World Resort next spring. Across the pond, Disneyland Paris is adding a Frozen experience timed to the second movie’s French release at the end of this year.

Mickey & Minnie’s Runaway Railway taps state-of-the-art technology and VFX to launch guests into the wacky cartoon world of the Mickey Mouse cartoon shorts to experience an original story. Buoyed by a catchy theme song, visitors will board a train driven by engineer Goofy for an out-of-control adventure full of surprises.

Disneyland Resort President Josh D’Amaro shared a fun Instagram snapshot of himself reviewing plans for the new attraction with everyone’s favorite mice time to the announcement.

Something exciting is coming to Mickey’s Toontown at @disneyland Park. Check out the @disneyparksblog today at 10 a.m. PT to learn about the news!

Meanwhile, Disneyland Paris announced that a new Frozen experience dubbed Animation Celebration will open at the end of 2019, replacing the Disney Art of Animation show which closed last January. The attraction will include three parts housed in two auditoriums. Guests will first be welcomed by Anna and Sven for a “Sing & Play” before moving into the second location, where Queen Elsa will lead them in a Sing-Along to favorite songs from the Oscar-winning feature. Finally, fans will get to Meet ‘n’ Greet the most warm-hearted snowman in Arendelle, Olaf.

Disneyland Paris is undergoing an ambitious push to double the park’s size by 2030, announced in November. The expansion will reportedly create more than 1,000 new jobs at the Resort, which currently consists of two theme parks, six hotels and two nature-themed resorts. The first big addition will be a reimagined Rock ‘n’ Roller Coaster featuring Marvel’s Iron Man in 2021 and a redesign of Hotel New York with an Art of Marvel theme scheduled for 2020. 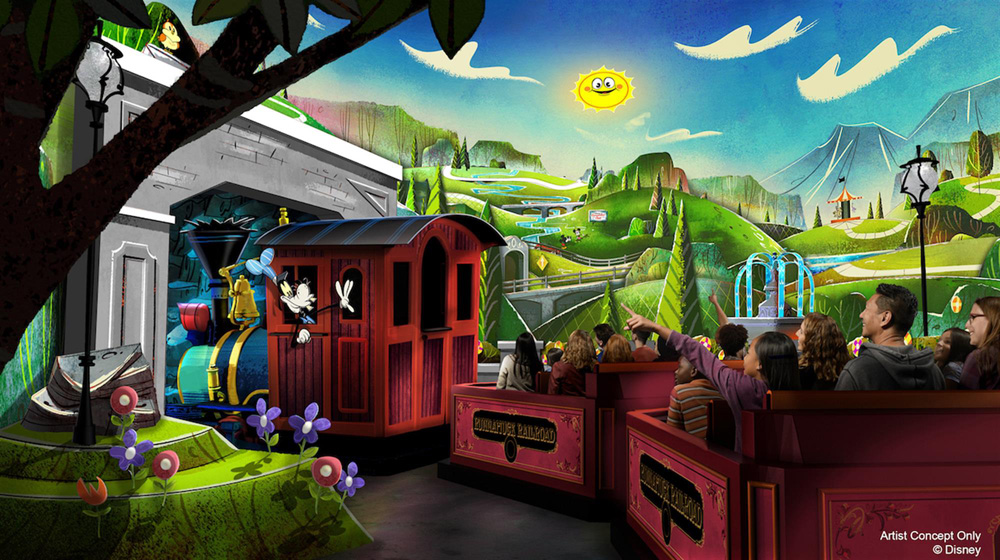