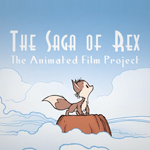 Brilliant artist/animator and game designer Michel Gagne, who created the multi- award-winning game Insanely Twisted Shadow Planet, has launched a new animated feature project titled The Saga of Rex on Kickstarter. The pic, which is based on his graphic novel, centers on a fox named Rex, which is plucked by a spaceship to become part of a cosmic ritual. With the original goal of raising a minimum of $15,000, the fundraising will end on Nov. 22.

“The Saga of Rex is a labor of love that reflects my deep love for science fiction, strange creatures, otherwordly concepts, and classical animation,” he writes on the page. “When I created the graphic novel, I literally saw it as a movie in my head and treated the whole thing as a fully art directed storyboard. I saw the characters, the effects and the landscapes move in my mind’s eye, and tried to convey as much of that feeling as I could on the pages.”

Those who help fund the project will receive a wide range of Gagne goodies, including autographed books and DVDs ($30-$40 range), associate producer title (for a $3000 donation) or exec producer title ($9000). Just take one look at the awesome art, and we promise you’ll be sold!

Here is how you can get involved: 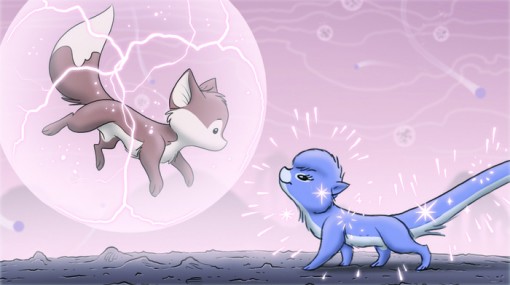 You may also like...
Related Topics:Insanely Twisted Shadow Planet, Kickstarter, Michel Gagne, The Saga of Rex