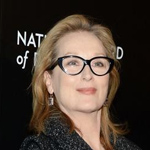 Actress Meryl Streep is famous for making charming and often hilarious speeches at awards ceremonies. However, her latest speech at the National Board of Review Awards in New York has ruffled a few feathers, especially among fans of Walt Disney.

Introducing Emma Thompson, who received the Best Actress Award for her playing Mary Poppins’ creator P. L. Travers in the Disney’s Saving Mr. Banks, Streep expressed sharp criticism of Disney, for being anti-semitic, and against unions and hiring women.

She said, “One of [Walt Disney’s] associates reported that Walt Disney didn’t really like women. Ward Kimball, who was one of his chief animators, one of the original Nine Old Men, creator of the Cheshire Cat, the Mad Hatter, Jiminy Cricket, said of Disney, “He didn’t trust women, or cats.”

Streep continued, “Disney, who brought joy, arguably, to billions of people, was perhaps … or had some racist proclivities. He formed and supported an anti-Semitic industry lobbying group. And he was certainly, on the evidence of his company’s policies, a gender bigot. Here’s a letter from 1938, stating his company’s policy to a young woman named Mary Ford of Arkansas, who had made application to Disney for the training program in cartooning. And I’m going to read it here in Emma’s tribute, because I know it will tickle our honoree, as she’s also a rabid man-eating feminist like me!

“Dear Miss Ford, your letter of recent date has been received in the inking and painting department for reply. Women do not do any of the creative work in connection with preparing the cartoons for the screen, as that task is performed entirely by young men. For this reason, girls are not considered for the training school. The only work open to women consists of tracing the characters on clear celluloid sheets with India ink, and then, filling in the tracing on the reverse side with paint according to directions.”

“When I saw the film, I could just imagine Walt Disney’s chagrin at having to cultivate P.L. Travers’ favor for the 20 years that it took to secure the rights to her work. It must have killed him to encounter a woman, an equally disdainful and superior creature, a person dismissive of his own considerable gifts and prodigious output and imagination. But when we sit in our relative positions of importance and mutual suspicion, and we cast judgment on each other’s work, we’re bound to make small mistakes and misconstrue each other’s motives.”

In response to Streep’s statements, many Disney scholars and artists came to his defense. Disney legend Floyd Norman, who is the first African American artist hired at the studio and highly regarded for his work on Sleeping Beauty, The Sword in the Stone, The Jungle Book and the Mickey Mouse comic strip wrote a passionate piece about Disney on his blog.

He wrote, “It would appear a number of people in Hollywood and elsewhere know a good deal about a studio that never employed them. They also seem to be quite knowledgeable about a man they never met. This is to be expected, of course. When it comes to history it appears everybody’s an expert. However, the history we’re currently dealing with is the history of the Walt Disney Studio and Walt Disney in particular.

“I shouldn’t have to tell you this, but the America of the 1930s and ’40s is hardly the America we know today. Much has changed, and changed for the better. However, we can’t erase the mistakes of the past nor should we. We already know women were not given the opportunities they deserved back in the thirties. This was not something practiced at Walt Disney Productions alone. This was true of American business in general. Despite that, the women of Disney’s Ink & Paint Department have told me they’ve never had a better job. Were they denied the opportunity to compete with the boys over in the Animation Building? You bet they were. In spite of that, during the war years, young women proved they had what it took to compete with the big boys. Even in the forties, Mary Blair, Retta Scott, Bianca Majolie and Sylvia Holland showed they too had the right stuff. By the fifties, talented young women filled the ranks of Walt’s animation department and their names are too numerous to mention. For example, ever hear the name Phyllis Hurrell? She ran one of Walt Disney’s successful commercial departments at the studio. This was the early days of television and she made a ton of money for the mouse. You probably wouldn’t believe that Uncle Walt had a woman production head back in the fifties, now would you?

“Then there was Joe Grant, Dave Detiege, Lou Appet and Ed Solomon. There was Mel Leven, Robert and Richard Sherman, and the list goes on and on. Can you guess where I’m going with this? Why were so many talented Jewish writers, song writers and artists employed at the Disney Studio? Did Walt simply not know? Yeah, he probably had no idea. I can also guess he had no idea why the young black man was in his story meetings. And, how did the famous “Hollywood racist” failed to notice Victor Haboush, Tyrus Wong, Dick Ung, Iwao Takamoto, Willie Ito, Ray Aragon and Ron Dias?

“To be sure, Walt Disney had his faults like the rest of us. He was not a perfect man nor did we expect him to be. Like most of us, he continued to grow as he moved through life and in time he recognized women could compete alongside men. He knew that talent had no color or ethnicity and he judged people by their ability to do their job and do it well. Walt Disney was a man of his time, but he was determined not to be imprisoned by it. He dreamed of a better world and even had the audacity to try and build it. Hardly an American to be vilified. Walt Disney deserves to be celebrated.” 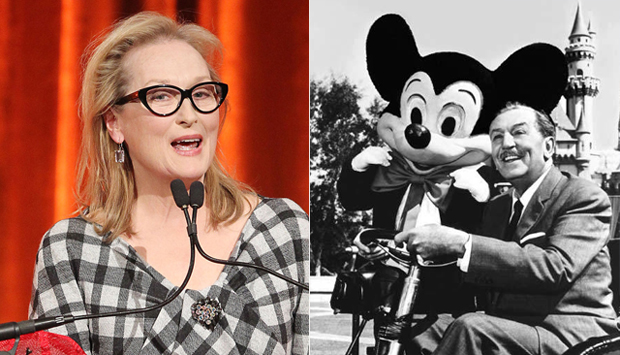