Australian audiences will be able to enjoy an exhibit devoted to the art of films produced by DreamWorks Animation in its 19-year history next year. Melbourne’s Australian Center of the Moving Image (ACMI) will kick off the exhibit on April 10, 2014 and will host the show until October 26. The special exhibit will be touring, but the other global stops have not yet been confirmed.

DreamWorks Animation Chief Creative Officer Bill Damaschke said that the exhibition would give visitors an insight into the creative process behind animations produced by the studio.

The main focus of the exhibit will be on the studio’s most popular tentpoles: Shrek, How to Train Your Dragon, Madagascar and Kung Fu Panda: However, early hand- drawn films such as The Prince of Egypt (1998) and Spirit: Stallion of the Cimarron (2002), and a selection of recent releases including Rise of the Guardians (2012), The Croods (2013), and Turbo (2013) will also be part of the exhibit.

“Visitors will be able to fully explore the groundbreaking technologies that DreamWorks Animation has used to create its animated characters and worlds over 20 years, from the pioneering forms of computer animation and motion capture through to very latest in 3D technology,” ACMI director and CEO, Tony Sweeney told The Melbourne Herald. 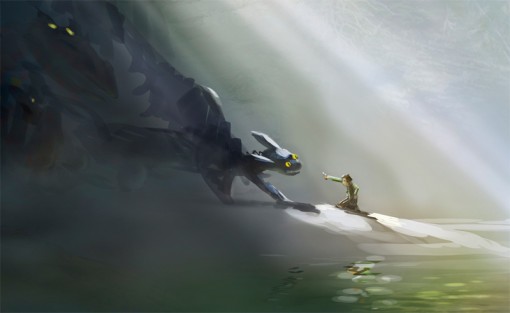 The art of How to Train Your Dragon

Continue Reading
You may also like...
Related Topics:ACMI, Australian Center of the Moving Image, Bill Damaschke, DreamWorks Animation, How to Train Your Dragon, Kung Fu Panda, Madagascar, Rise of the Guardians, Shrek, Spirit: Stallion of the Cimarron, The Croods, The Prince of Egypt, Tony Sweeney, Turbo