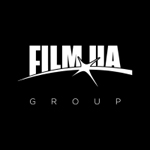 Animagrad and FILM.UA Group’s ethereal feature Mavka: The Forest Song has become the first Ukrainian animation project to get through the highly competitive selection process for Cartoon Movie, which is taking place this year from March 8-10 in Bordeaux, France. The film’s producers Iryna Kostyuk, Anna Eliseeva and Egor Olesov and costume designer Olga Navrotska will present the project to producers, distributors, broadcasters and investors from around the world at the prominent industry event.

“It is a huge honor for us to present the first Ukrainian production to be accepted to an influential international event of this caliber,especially since Mavka is more than just a movie: it is, in a sense, an animated record of authentic Ukrainian culture, and is a worthy ambassador for new Ukrainian animation around the world,” said Kostyuk.

“We are thrilled that our Mavka will be the first Ukrainian production to take part in the forum. This means that the event’s Organizing Committee was greatly impressed by our intention to promote our cultural and ethnic heritage, and recognized the potential in our unique central character and the movie as a whole. Acceptance to the Cartoon Movie pitching event is our first significant ‘win’ in Europe, and our first step in popularizing Ukrainian culture abroad.”

Mavka is one of over 50 projects in various stages of development being presented at Cartoon Movie this spring, and is among the “concept” entries. The decision to enter the selection process was made following Ukraine’s participation in the 2016 Creative Europe program organized by the EU, granting local producers access to cultural and media programs.

“I am happy to see that the decision to add Ukraine to the EU’s Creative Europe project is starting to yield the first tangible results for Ukrainian culture, the country’s creative industries, and cultural diplomacy,” said Head of the Creative Europe Desk Ukraine Iryna Vikyrchak. “We are confident it will be a catalyst for development on the Ukrainian market and for cooperation between Ukraine and other European nations. Our congratulations to Mavka!”

Mavka: The Forest Song is conceived as a full-length animated feature inspired by the play by Lesya Ukrainka, as well as Ukrainian legends and traditions. To ensure authenticity, the production crew includes experts from leading ethnography institutes: the Ukrainian Studies Center at the Taras Shevchenko National University of Kyiv, the Ivan Honchar Museum, and the Ukrainian Fashion Museum.

Ukrainian folk group DakhaBrakha — named “Best Breakout” band of the 2014 Bonnaroo festival by Rolling Stone — has committed to creating the film’s soundtrack: the musicians are currently working on the project’s first teaser, which will be unveiled at the Berlin International Film Festival’s European Film Market in February.

In September 2016, Mavka: The Forest Song won the Ukrainian State Film Agency contest and was awarded state financing in the amount of 30% of the film’s total budget. Mavka is scheduled for release in Ukraine in late 2018–early 2019.