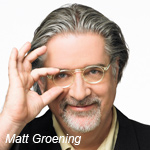 Matt Groening, animation icon and the creator of The Simpsons and co-creator of Futurama (with David X. Cohen), will receive the Writers Guild of America, West Animation Writers Caucus’ (AWC) 15th Annual Animation Writing Award on Wednesday (Nov. 28). The animation icon is behind honred for his outstanding contributions to the craft of animation writing, as well as his assistance in organizing primetime animation with the WGAW.

The AWC’s lifetime achievement award will be presented to Groening at the AWC’s annual meeting, reception, and awards ceremony at WGAW headquarters in Los Angeles. Futurama co-developer David X. Cohen will present this year’s award to Groening, with WGAW President Christopher Keyser set to introduce the evening.

“Matt Groening, with his creation of The Simpsons, changed the way the entire world looks at television animation. Not since The Jetsons and The Flintstones first debuted – as primetime series aimed at adults – has there been this kind of attention paid to animation on television. From a world with no animation on during primetime, who could have guessed that The Simpsons would become the longest-running scripted primetime series in history. Matt definitely deserves this award,” said AWC Chair Craig Miller.

Commenting on Groening’s role in the effort to gain union contracts for TV animation writers, Simpsons writer Mike Scully said, “Without the support of Matt Groening and Gracie Films, primetime animation writers might not have succeeded in getting their shows covered by the WGA, which allowed them to receive equal compensation and benefits with their live action counterparts.”

Over the course of his career, Groening has garnered multiple Emmy Awards (including shared Emmys for Outstanding Animated Program Emmys for Futurama in 2011 and 2002, and Outstanding Animated Program for The Simpsons in 2008, 2006, 2003, 2001, 2000, 1998, 1997, 1995, 1991, and 1990), the Peabody Award, Annie Awards (including the Winsor McKay Award, shared with fellow animation writers Brad Bird and Eric Goldberg), and the Rueben Award for Outstanding Cartoonist of the Year, the highest honor presented by the National Cartoonist Society. This past February, Groening received his own Star on Hollywood’s Walk of Fame.

During its two decades-plus on the air, The Simpsons has earned eight Writers Guild Awards for animation writing and numerous WGA nominations. In the 10th season of the show’s run, Groening supported his writers in their fight to secure WGA coverage for The Simpsons, which in turn set a jurisdictional precedent for primetime network animation, paving the way for hit series such as Futurama, King of the Hill, and Family Guy to all be made under a Writers Guild contract.

In the publishing arena, Groening’s signature Life in Hell cartoons have been collected in a best-selling series of books with over two million copies in print, including Love is Hell, Work is Hell, School is Hell, Childhood is Hell, Akbar & Jeff’s Guide to Life, Greetings from Hell, With Love from Hell, The Road to Hell, and Love is Still Hell. He is the publisher of Bongo Comics, which releases numerous titles based on his two hit series, including Simpsons Comics, Bart Simpsons Comics, Radioactive Man Comics, Lisa Comics, and Futurama Comics.

The WGAW’s AWC Animation Writing Award is given to members of the Animation Writers Caucus or Writers Guild who have advanced the literature of animation in film and/or television throughout the years and made outstanding contributions to the profession of the animation writer. Founded in 1994, the WGAW’s Animation Writers Caucus represents over 600 animation writers and works to advance economic and creative conditions in the field. Through organizing efforts, educational events, and networking opportunities, the Guild’s AWC is a leading proponent for animation writers. Previous AWC Animation Writing Award honorees include Mike Scully, Al Jean & Mike Reiss, Brad Bird, Linda Woolverton, Stan Berkowitz, Dwayne McDuffie, and Earl Kress. 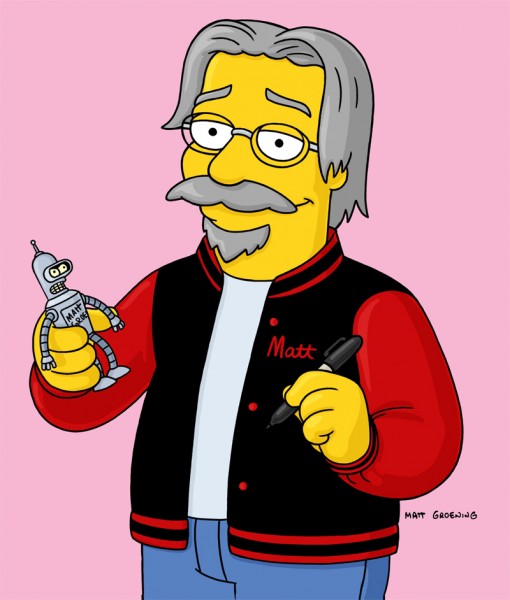