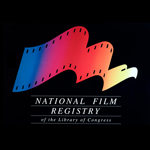 Disney’s Mary Poppins, the Hubley’s animated short The Hole and sci-fi epic Forbidden Planet are among the 25 titles added to the National Film Registry of the Library of Congress this year. Recognized as works of great cultural, historic or aesthetic significance to the nation’s cinematic heritage, these titles will be preserved as cinematic treasures for generations to come.

Spanning the period 1919-2002, the films named to the registry include Hollywood classics, documentaries, silent films, independent and experimental motion pictures. This year’s selections bring the number of films in the registry to 625, a small part of the Library’s moving-image collection of 1.2 million items.

Under the terms of the National Film Preservation Act, each year the Librarian of Congress names 25 films to the National Film Registry that are “culturally, historically or aesthetically” significant. The films must be at least 10 years old. The Librarian makes the annual registry selections after reviewing hundreds of titles nominated by the public and conferring with Library film curators and the distinguished members of the National Film Preservation Board (NFPB). The public is urged to make nominations for next year’s registry at the NFPB’s website (www.loc.gov/film).

Founded in 1800, the Library of Congress is the nation’s oldest federal cultural institution. Many of the Library’s rich resources can be accessed through its website at www.loc.gov.

Here is how the Registry describes these titles complete list of this year’s additions:

Forbidden Planet (1956) Directed by Fred M. Wilcox, MGM’s “Forbidden Planet” is one of the seminal science-fiction films of the 1950s, a genre that found itself revitalized and empowered after World War II and within America’s newly created post-nuclear age. Loosely based upon William Shakespeare’s The Tempest, Forbidden Planet is both sci-fi saga and allegory, a timely parable about the dangers of unlimited power and unrestrained technology. Since its production, the movie has proved inspirational to generations of speculative fiction visionaries, including Gene Roddenberry. Along with its literary influence, highly influential special effects and visual style, the film also pushed the boundaries of cinematic science fiction. For the first time, all action happened intergalactically (not on Earth) and humans are depicted as space travelers, regularly jetting off to the far reaches of the cosmos. Additionally, Forbidden Planet is remembered for its innovative score—or lack thereof. No music exists on the film’s soundtrack; instead, all ambient sounds are “electronic tonalities” created by Louis and Bebe Barren. Walter Pidgeon, Leslie Nielsen, Anne Francis and, in his debut, Robbie the Robot make up the film’s cast.

The Hole (1962) With The Hole, legendary animators John and Faith Hubley created an “observation,” as the opening title credits state, a chilling Academy Award-winning meditation on the possibility of an accidental nuclear catastrophe. Jazz great Dizzy Gillespie and actor George Mathews improvised a lively dialogue that the Hubleys and their animators used as the voices of two New York construction workers laboring under Third Avenue. Earlier in his career, while he worked as an animator in the Disney studios, John Hubley viewed a highly stylized Russian animated film—brought to his attention by Frank Lloyd Wright—that radically influenced his ideas about the possibilities of animation. With his new vision realized in this film, the Hubleys ominously, yet humorously, commented on the fears of nuclear devastation ever-present in cold war American culture during the year that the Cuban Missile crisis unfolded.

Mary Poppins (1964) Alleged to be Walt Disney’s personal favorite from all of his many classic films, Mary Poppins is based upon a book by P.L. Travers. With Travers’ original tale as a framework, screenwriters Bill Walsh and Don DaGradi, with the aid of songwriters the Sherman Brothers (Richard M. and Robert B.), fashioned an original movie musical about a most unusual nanny. Weaving together a witty script, an inventive visual style and a slate of classic songs (including “A Spoonful of Sugar” and “Chim Chim Cher-ee”), Mary Poppins is a film that has enchanted generations. Equal parts innocent fun and savvy sophistication, the artistic and commercial success of the film solidified Disney’s knack for big-screen, non-cartoon storytelling and invention. With its seamless integration of animation with live action, the film prefigured thousands of later digital and CGI-aided effects. With its pitch-perfect cast, including Julie Andrews, Dick Van Dyke, Jane Darwell, Glynis Johns and Ed Wynn, Mary Poppins has remained a “supercalifragilisticexpialidocious” achievement.

Here is the complete list of this year’s additions: 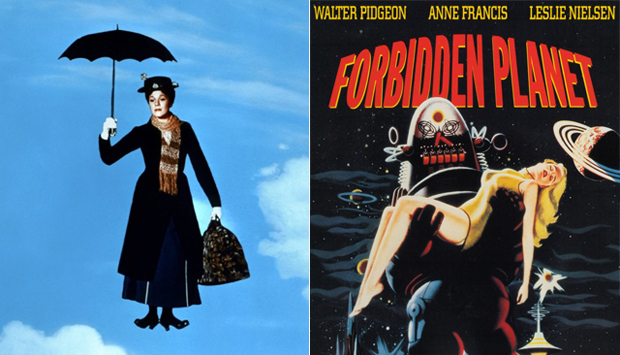