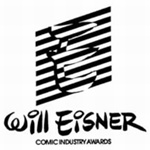 Marvel Comics’ relaunch of the blind superhero Daredevil lead the pack with six nominations for the 2012 Will Eisner Comic Industry Awards.

Earning five nominations was the Archaia graphic novel Jim Henson’s Tale of Sand, based on an unproduced screenplay co-written by the Muppets creator. Earning three nominations each were iZombie and The Unwritten — both published by DC-Vertigo — and Richard Stark’s Parker: The Martini Edition, published by IDW. Sixteen titles earned two nominations; Marvel and DC each earned a leading 11 nominations.

Selected by a blue-ribbon panel of judges, this year’s awards added two categories: Best Publication for Early Readers, and Best Educational/Academic Work. They dropped four categories from the previous year: Best New Series, Best Adaptation from Another Medium, Best Writer/Artist-Nonfiction, and Best Painter/Multimedia Artist. The judges cited insufficient qualified candidates in choosing not to nominate in those categories this year.

Ballots with this year’s nominees will be going out in mid-April to comics creators, editors, publishers, and retailers. A downloadable pdf of the ballot is available online, and a special website has been set up for online voting:www.eisnervote.com. The results in all categories will be announced in a gala awards ceremony on the evening of Friday, July 13 at Comic-Con International.

Best Short Story
“A Brief History of the Art Form Known as Hortisculpture,” by Adrian Tomine, inOptic Nerve #12 (Drawn & Quarterly)
“Harvest of Fear,” by Jim Woodring, in The Simpsons’ Treehouse of Horror #17 (Bongo)
“The Seventh,” by Darwyn Cooke, in Richard Stark’s Parker: The Martini Edition(IDW)
“The Speaker,” by Brandon Graham, in Dark Horse Presents #7 (Dark Horse)

Best U.S. Edition of International Material
Bubbles & Gondola, by Renaud Dillies (NBM)
Isle of 100,000 Graves, by Fabien Vehlmann and Jason (Fantagraphics)
Like a Sniper Lining Up His Shot, by Jacques Tardi and Jean-Patrick Manchette (Fantagraphics)
The Manara Library, vol. 1: Indian Summer and Other Stories, by Milo Manara with Hugo Pratt (Dark Horse Books)
Night Animals: A Diptych About What Rushes Through the Bushes, by Brecht Evens (Top Shelf)