The year 2016 marks the 30th Game Developers Conference. Attendance keeps growing, and pushed over 27,000 this year. To appreciate the scope of the event, you had to watch a presentation with a couple of hundred people in a room, and realize there were 20 other presentations like this going on at the same time, on 9 different tracks, filling all three of the Moscone Conference Center buildings. Racing between buildings all day was challenging—the author’s Vivofit recorded over 13,000 steps each day, more than 6 miles, so attendees would be well advised to leave high heels and flip-flops at home.

The developer presentations, the show floor and the Career Pavilion formed the three main rings of the circus. Lounges sponsored by Samsung, Sony, Ubisoft and others were sprinkled throughout, as were specialized venues such as VR content producers and the Independent Game Developers Association (IGDA). One interesting display was the Train Jam, demonstrating games developed by attendees during the train ride from Chicago to the GDC. Dozens of parties and mixers offered networking, craft beers, and the challenge of deciphering conversations in nonstop cacophony.  Additionally, the VR Developers Conference (VRDC) and the nearby Silicon Valley Comic Con were scheduled the same week, so the totality of things to see was, like a star-filled night sky, a humbling experience.

Virtual Reality (VR). VR was hot this year, with long lines of gamers everywhere waiting for VR demos on headsets. VR, which is the convincing digital representation of realistic environments, is being erroneously equated with any content presented via Head Mounted Displays such as the Oculus Rift, but they are not the same thing. VR doesn’t require headsets, and headsets can be used for non-realistic content such as Grand Theft Auto or World of Warcraft. New for 2016: VR is now both a noun and a verb, as in, “Does ginger ale really prevent nausea while VR’ing?”

Head Mounted Displays (HMDs). Termed HMDs or VR headsets, these are capable of high-resolution 360 degree displays, and offer a degree of immersion not available via normal flat screens. The Big Three are Oculus Rift, HTC Vive, and Sony PlayStation VR.

All three companies are betting heavily on their hardware, and are supporting developers in a determined effort to get enough content to lure gamers into popping over $600 for a set with controllers. Rift appears to be ahead in high-quality games, but is handicapped by not yet having a proper controller—its Touch wireless controller won’t be available until 3Q 2016. Lesser-cost HMDs include the Samsung Gear VR, for $99, with a Galaxy Smartphone display. The wild card is whether HMDs may need a powerhouse external GPU such as an AMD XConnect for full functionality.

Free to Play. F2F games continue their popularity, and are invading more of the console space, according to developers such as Todd Harris (High-Rez Studios), Eric Whiteford (Wargaming), and Daniel Greenberg (Media Rez), who also warned designers not to get overly greedy with nonstop, intrusive in-game purchase offers.

Audio. Sound used to be stepchild of videogames, with low-rez speech needing text scrolls, and music added in post-production. Audio has come into its own, with an entire track dedicated to it, with packed audiences. Especially important is audio for VR, which is critical to 360 gameplay and is rapidly evolving, according to experts such as Simon Gumbleton (Sony) and Eric Desiderio (Desiderio Music). 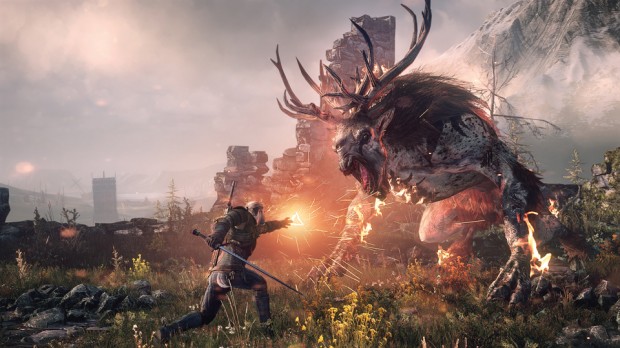