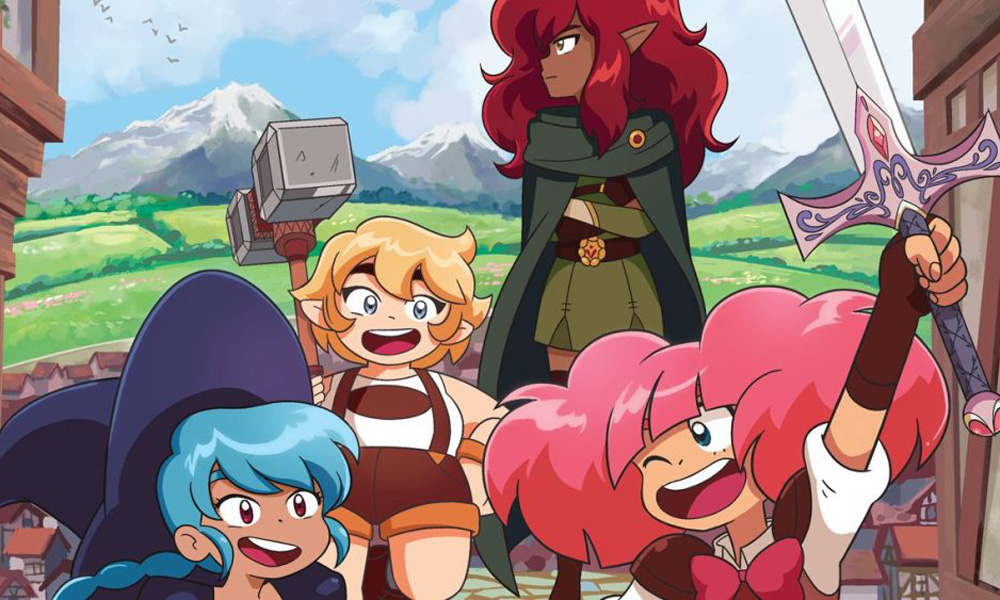 One of the highlights of this week’s The Animation Conference (TAC) held in conjunction with the Ottawa Intl. Animation Festival, was an informative panel about anime and manga destination Crunchyroll and the nine-months-old Burbank-based Ellation studios. The panel attendees learned about Crunchyroll’s growing audience of anime fans and Ellation’s exciting plans for new anime-inspired productions from two-time Emmy-winner Marge Dean, head of Ellation, and Jennifer Corbett, Crunchyroll’s head of audience development and brand. The panel was moderated by Joellen Ferrer, Ellation’s VP of communications.

Corbett kicked off the panel by sharing some interesting factoids about their anime fan base, which is 58 percent male and 34 percent female. Currently, Crunchyroll has about 40 million registered users and over a million paying customers. Anime fans are young and engage in fandom at least once a day, and are highly motivated by social referrals. The company has 27 million social followers across 250 pages, with a 3.3 social engagement rate.

“One thing we found interesting about anime fans is that anime was their dark secret as a young person, and with the explosion of the Internet and social media, they were all of a sudden in a large community that validated them,” noted Corbett. “Now it’s super cool to know about anime, and that their lives have been transformed by this art form, and that’s why they feel quite emotional about the art form.”

Dean, a hugely respected animation industry veteran who is also the president of Women in Animation in Los Angeles, talked about the value of being everything to someone, and not something to everyone. “I think it’s important to be able to do things passionately and deeply, and really go into something in depth and not worry whether it’s going to appeal to a mass audience, while giving the fans what they are looking for.”

She mentioned that the Ellation development process is based on four key concepts:

Anime fans are celebrities. They use IP from original creators. They seek content from visual artists as well as writers, and diversity of voice and talent is hugely valued. The average age of the audience is 25, and they seek content across genres.

“We love to do different genres — westerns, horror, sci-fi, rom-coms, slice of life — and we would even consider an animated documentary,” noted Dean. “We are about serial storytelling, and exploring multi-layered and complex storylines for adults. We consider our projects anime-adjacent, and we just want to make beautiful animation.”

Dean also brought up the fact that a lot of current animated comedies don’t really look that great. “The animated comedies are funny because they’re unattractive,” she noted. “We want to get away from that and focus on dramatic storytelling. We want to create content that is not only beautifully designed and animated, but directed cinematically, with dramatic lighting. Animation is a medium, not a genre. We want to break open the definition of animation. If we have our way, animation itself will change by giving the opportunity to have more and more different types of stories and making them successful.”

Ellation currently has two pipelines, one is based in Burbank and the other is in Tokyo. The Burbank studio works with an American-style production pipeline, with design and pre-production done in Burbank, while production is outsourced in Korea, and projects come back to Burbank for post. “We are looking for international partners as well,” added Dean. “We’re going into originals, and another phase of our growth is expanding internationally. So we’re interested in meeting with people outside the U.S. who have ideas or properties that might fit in with our mission as well.”

Dean added that Ellation’s projects will have a wide variety of themes. “Some are dark and serious, others have sci-fi and fantastical elements, while others are magical girl stories,” she noted. One such show is the previously announced High Guardian Spice, which centers on four girls named Rosemary, Sage, Thyme and Parsley at High Guardian Academy, where they master battle and sorcery and prepare to protect the world from an ominous threat. “It’s light, colorful and pretty funny, and has lots of adventures in it,” said Dean. “I hope we get to a point where I’m not asked, ‘Why tell this story in animation?’ — because we want to do everything in animation.”

The studio also wants to tell more diverse stories from around the world and to increase the popularity of anime among female audiences. “Female-oriented titles are taking off and growing in number,” said Corbett. “Publishers have been surprised by the magnitude of viewership from female audiences. When you go to anime conventions, you definitely see more female attendance then male these days.”

The anime panelists also brought up the fact the anime industry in Japan is also changing. “More foreigners are welcome to contribute,” said Dean. “Anime fans are also embracing anime being produced outside Japan, even if it’s not classical anime.”

When asked about the pipeline from an audience member, Dean mentions that the animation in Japan is still hand-drawn on paper, while the Ellation pipeline is digital. “For us, it’s not a problem, because all the ink and paint is digital, and in the end we get digital files, so it doesn’t impact us. One thing I worry about is how students in the U.S. just focus on 3D CGI animation and don’t necessarily learn to draw. But drawing is a fundamental skill. There’s a reason why many on our hybrid team are French, because they encourage the students to draw in France. They fully embrace how to animate with ‘pencil.’ Educators definitely need to encourage students to pursue drawing and never stop doing that.” 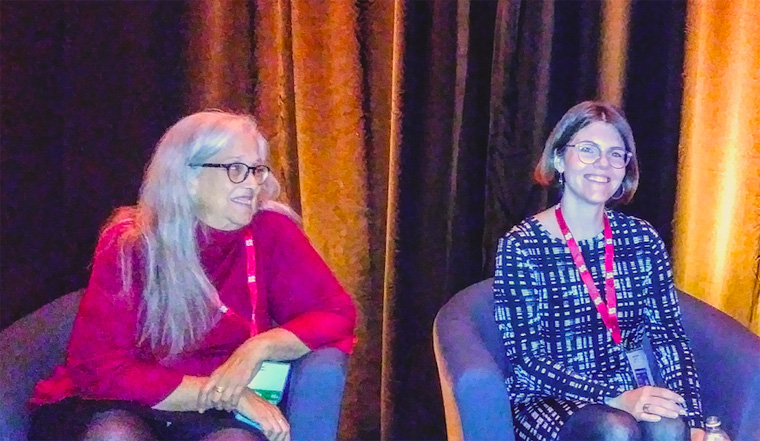