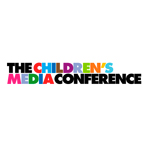 MIDAS and the Children’s Media Conference have released the full line-up for Manimation 2015 — an animation industry conference taking place in Manchester, U.K. on November 19. This year’s programming highlights include looks at the latest in videogame, TV and performance capture animation. The conference coincides with the inaugural Manchester Animation Festival (MAF), which will also host a “Making it in Manchester” session on November 18, free for Manimation Delegates.

Alice Webb, Director of BBC Children’s, will be the keynote speaker at Manimation. Webb will talk about the future of children’s and young people’s programming at the BBC as well as the recently announced on-demand iPlay service for kids and how it may impact animation content providers.