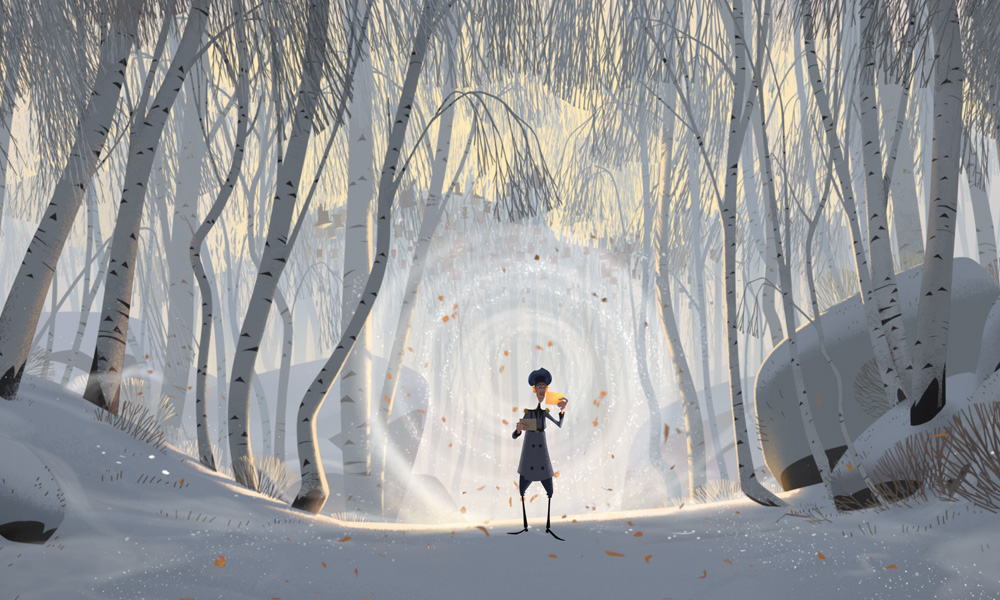 Manchester Animation Festival (MAF), the festival celebrating animation in all its forms, will return November 10-14, with a brand-new-five-day format. This includes the Family Day at HOME on Sunday Nov. 10 , the academic conference held on Monday, Nov. 11 at the Media City home of higher education partner, the University of Salford, and the Animation Festival at HOME from Nov. 12-14.

The event, now in its fifth year, is the largest animation festival in the U.K., and its packed program will once again feature animated short competitions, feature films, retrospective screenings, workshops, networking events, panel discussions, masterclasses and screen-talks from some of the brightest and best talent in the industry.

“We’re delighted to be presenting another year of animated treats here in Manchester and welcoming audiences of all ages back to HOME,” said Festival Director Steve Henderson. “As the animation industry continues to grow we’re proud to be at the center of it showcasing the art and industry of this beloved medium.” 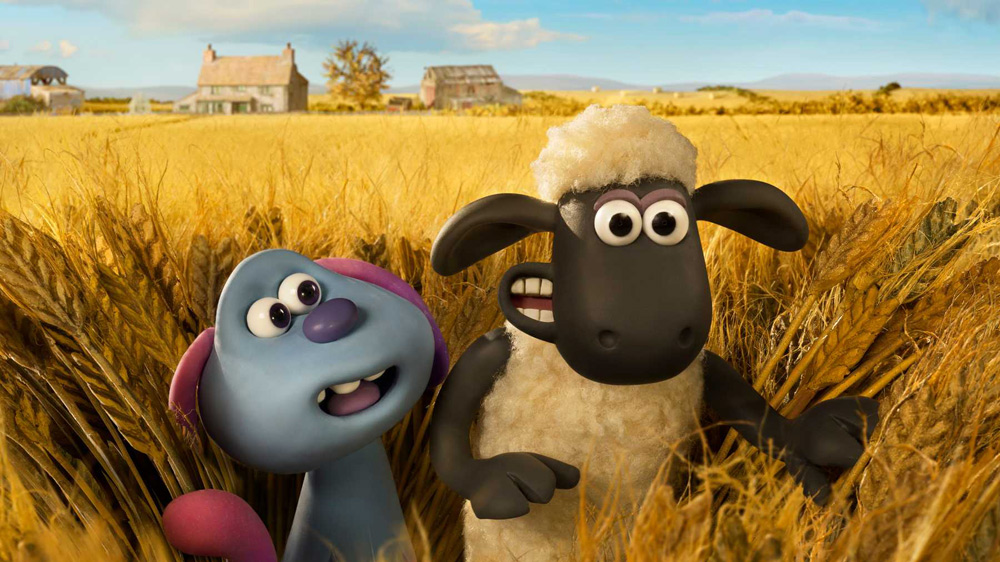 A Shaun The Sheep Movie: Farmageddon

In the international competition, 105 films from 28 different countries will screen across Short Films, Student Films, Commissioned Films and Immersive Films categories and panoramas. Plus, for the first time this year, MAFter Dark will have a special pub themed prize.

Jacob, Mimmi and the Talking Dogs is a fun Latvian adventure about a young boy who teams up with his cousin on an environmental mission with the help of a pack of chatty canines. And the screening of Steven Universe: The Movie provides a rare chance to see this eagerly awaited feature outing for the popular TV star on the big screen.

MAF will also have special preview screenings, which include Ruben Brandt, Collector — nominated for the Annie for Best Animated Independent Feature, this surreal heist movie follows four thieves as they attempt to steal famous artworks for their psychotherapist; and Swallows of Kabul is a French animated drama about life under Taliban rule, based on the novel of the same name that played Un Certain Regard at Cannes.

Finally, the winner of the Jury Award for feature film in Annecy, Buñuel in the Labyrinth of the Turtles follows filmmaker Luis Buñuel as he attempts to make his third feature Las Hurdes: Land Without Bread.

A special screening of films in the shape of Tricky Women/Tricky Realities welcomes Festival directress Waltraud Grausgruber to the festival as she presents some of her favorite films from the last few years.

Filmmakers Samantha Moore and Lizzy Hobbs will be in attendance to discuss the innovative anthology project Happiness Machine following a screening of the work.

Making of Klaus brings in animation supervisor Sergio Martins to provide an inside look into the making of Netflix’s holiday tale, with special focus on the challenges and breakthroughs of character animation and development on this ground-breaking 2D animated film.

Oscar-winning director Michaël Dudok de Wit will be at MAF to deliver a masterclass and will talk about the geneses of his films The Red Turtle, Father and Daughter and The Monk and the Fish, as well as the subtle subjects of filmmaking, such as creativity, intuition and the use of symbols.

How to Develop an Animated TV Series welcomes experts from Blue Zoo Animation to explain how they develop, produce and create new TV shows from scratch at the multi-BAFTA award-winning studio. Come along to better understand the process and learn how your idea for a show can stand out from the mile-high pile of ideas that are presented to commissions.

Making of A Shaun the Sheep Movie: Farmageddon welcomes co-director Will Becher back to MAF as he takes audiences behind the scenes at Aardman and share with us the classified secrets of this stellar stop-motion sequel.

Thomas and Henry Purrington from Golden Wolf will be taking the audience through the London studio’s latest motion work, breaking down recent projects and speaking about the importance of entertaining short-form content full of irreverent humor, intensely dynamic action and psychedelia. 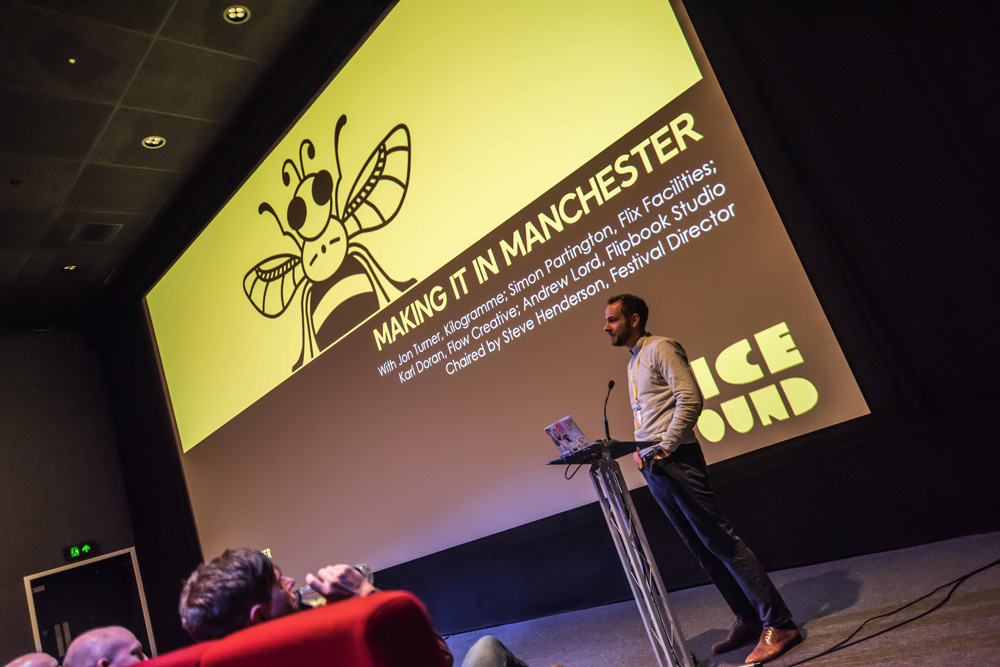 Making It in Manchester

This year’s panels include Making It in Manchester, a selection of studios and practitioners showcase their studios and what makes Manchester one of the nation’s premier animation hotspots.

MAF’s In the Frame panel series is a yearly opportunity to tackle some of the most prominent issues facing the industry. This year, a panel of experts will look at diversity and inclusion in the animation industry and how we can do more to benefit us all.

Back for 2019, MAF has partnered with Brown Bag Films to present a series of industry centric Q&A sessions, Animated Answers, bringing together people from industry to answer questions from the audience about issues anyone working in industry or interested in a career in animation can relate to. Come along armed with questions and put them to our panel of experts from the creative community.

During What Makes the Perfect Showreel? A panel of experts will discuss dos and don’ts for animation job seekers.

In 5 Years and Counting, Making the Most of Your Early Career a panel of people who share wit and wisdom that they’ve learned in their first five years working in the animation industry, passing on invaluable tips and tricks onto those starting out in the world of animation!

For Setting Up Shop, Making an Animation Studio, studios big and small all come from somewhere, be it friends starting out or long-established companies making new ventures in new towns we talk shop and welcome the people who have created companies to share in their experience in making a studio that works.

The A-Z of an Animation Department will provide a tour around the art department and discover a network of people all working towards brilliant content for the screen. Our panel will uncover the roles and responsibilities of this fabled faction of an animation studio. 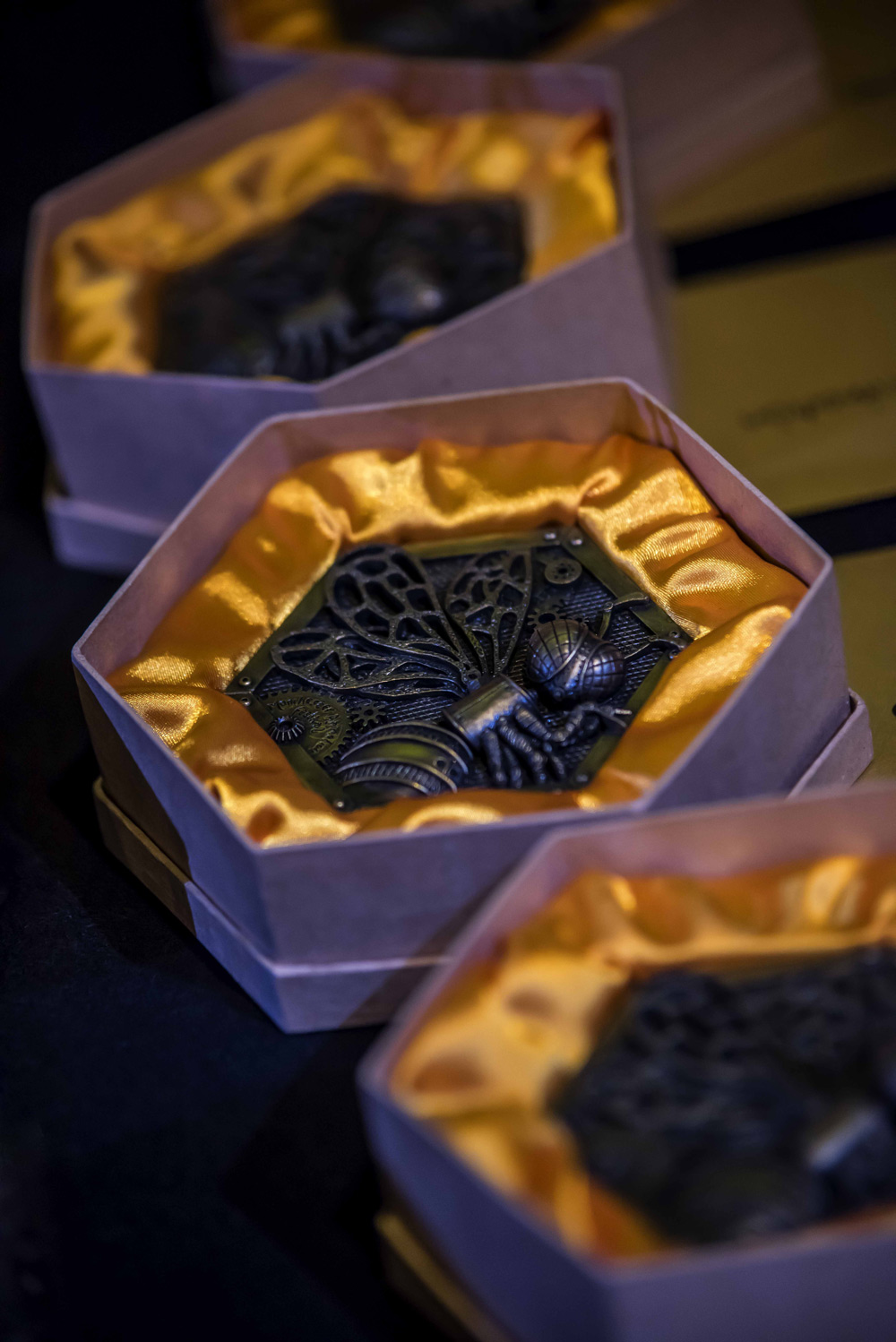 MAF Film and Industry Excellence Awards: As part of this year’s Film Awards MAF will be screening 105 short films from 28 different countries as well as immersive films, covering VR and 360 film, and student films, which demonstrates the talent and skills that can be nurtured in academia. The Industry Excellence Awards return, too, celebrating individuals in the industry who excel in Character Design, Scriptwriting, Storyboarding and Character Animation. There is a series of IEA workshops to accompany this strand. 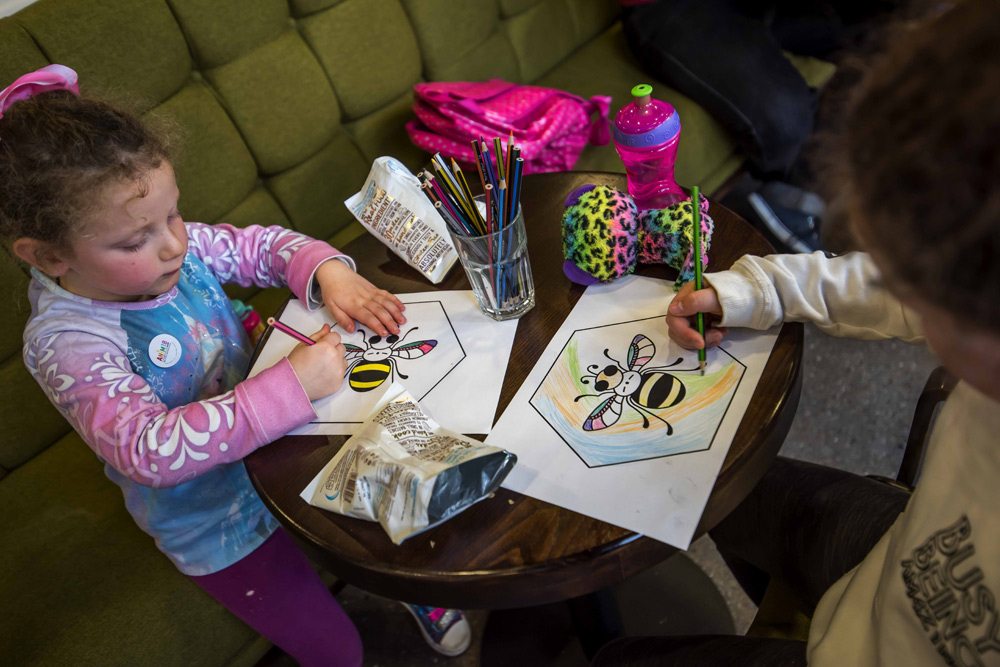 Family Day: On Sunday, ahead of the festival, children and families are invited for a day of animated fun, screenings and events suited to families. Pop in for some amazing short films from around the world, coloring-in sessions and super fun workshops!

The Educating Animators Conference: Now in its second year; a day of talks and presentations on teaching methodologies and industry insight into the delivery of a challenging progressive curriculum and answering the skills gap for the future of the animation sector.

Returning for 2019, Skwigly’s hugely popular quiz challenges festival goers on their animation knowledge with chances to win a plethora of prizes. For the first time, the festival will present Matt & Hal’s Gag Reels — a comedy panel show where teams of comedians answer animated questions and battle it out for the coveted plastic Oscar! There may be an actual prize or two for the audience, too.

Further parts of the 2019 edition will be the always lively MAFter Dark screening and Northwestivus networking evening. MAF Market which is back, bigger and better than ever before with more than 10 companies involved this year with industry professionals, tech demos, higher education providers, leading animation employers and project funders all present.

Tickets and passes are on sale now. For more details, see www.manchesteranimationfestival.co.uk.