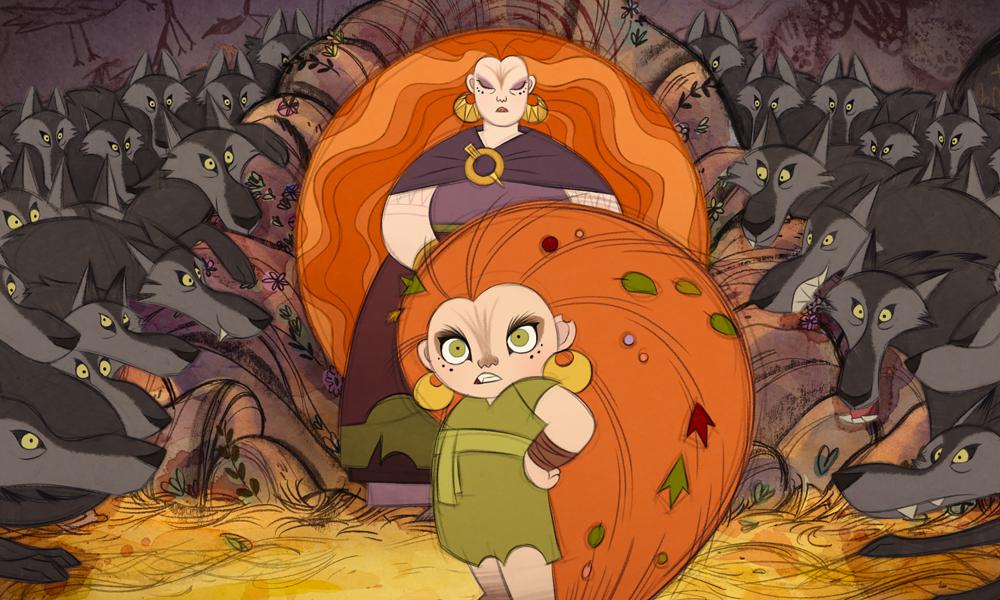 Manchester Animation Festival (MAF), the U.K.’s largest animation festival, will be screening the eagerly anticipated Apple Original animated adventure film from Cartoon Saloon, Wolfwalkers. Starring Sean Bean, Honor Kneafsey and Eva Whittaker, the film will be available as part of the festival for a limited time only from midday Wednesday, November 18 until midday Saturday, November 21.

Audiences will also be able to ask their questions in a live Q&A with the Oscar-nominated director duo behind the film, Tomm Moore and Ross Stewart, on Nov. 18.

MAF runs as a digital event Nov. 15-30 and tickets are now on sale at www.manchesteranimationfestival.co.uk.

Wolfwalkers’ follows Robyn Goodfellowe, a young apprentice hunter who journeys to Ireland with her father in a time of superstition and magic to wipe out the last wolf pack. While exploring the forbidden lands outside the city walls, Robyn befriends a free-spirited girl, Mebh, a member of a mysterious tribe rumored to have the ability to transform into wolves by night. As they search for Mebh’s missing mother, Robyn uncovers a secret that draws her further into the enchanted world of the Wolfwalkers and risks turning into the very thing her father is tasked to destroy.

Wolfwalkers was co-produced by Cartoon Saloon and Melusine Productions and will premiere globally on December 11 th on Apple TV+. Read all about the movie in Ramin Zahed’s feature story for Animation Magazine here!

Moore will also present a behind-the-scenes session on Cartoon Saloon’s new Greenpeace film, There’s A Monster in My Kitchen, which is designed to raise awareness of the environmental impact of industrial deforestation for meat production. This panel will be available to view exclusively for passholders throughout the festival. Read more about the animated PSA here.

Elsewhere in the festival, a panel dedicated to the future of animation exhibition in the U.K. will bring together experts to answer questions about how festivals are operated going forward in The Future for Festivals on Nov. 19 at 19:00 as part of Manchester Animation Festival’s Industry Day.

The festival program comprises stunning short films, fantastic features, U.K. premieres, exclusive previews, mesmerising masterclasses and eclectic events to celebrate what the world of animation can offer. Live Q&As, panels and screen talks will present experts and acclaimed animators who will share behind the scenes insight into their iconic work and characters.

Headline events already announced for the festival include the U.K. premiere of the hugely alluring hand-drawn biopic film Calamity, A Childhood of Martha Jane Canary, followed by an exclusive Q&A with french animated filmmaker Rémi Chayé. An exclusive look towards the forthcoming stop-motion animation film The Inventor that stars Stephen Fry and Daisy Ridley, with a Q&A from writer and director Jim Capobianco, the Academy Award-nominated writer of Pixar hit Ratatouille, and a Q&A with French artist and director Aurel (a.k.a. Aurélien Froment) on his award winning directorial debut film, Josep.