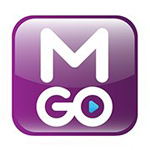 M-Go, the digital content service joint venture of DreamWorks Animation and Technicolor has struck a content licensing deal with Starz Digital and launched in beta mode for users in the U.S. The latest arrangement will provide M-Go users access to such Starz content as Spartacus.

M-Go was originally scheduled to launch by year’s end and allows consumers to easily rent or purchase new releases and catalog films on any device or platform. It promises “the people-friendliest” service and “day and date new release films, catch up television and back catalog film and TV shows.”

If M-go doesn’t have the content that a user is looking for, it will help people find it on other media stores, including Amazon.com, iTunes, Netflix and Vudu.