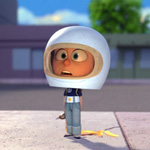 One of the 63 animated shorts submitted for Oscar consideration this year, Coin Operated from Nicholas Arioli was recently profiled in Animation Magazine. The poignant and engaging film has played in 22 festivals and won 7 major awards to-date (including Best Short at Rhode Island Int’l Film Festival, and Audience Awards for Animation at Brooklyn Film Festival and Palm Springs Shortfest). Audiences can now catch Coin Operated at Hollywood’s AFI Fest, playing ahead of Mary and the Witch’s Flower Nov. 11 at noon and The Breadwinner Nov. 13 at 10:30 a.m. in the TCL Chinese Theatre.

Computer scientist turned animation director Nicholas Arioli says he was struck one day by the phrase “life savings.” “It seemed to me both a melancholy and a hopeful concept at the same time,” he notes. “We can accumulate one life savings, and spend it on one grand thing. Our dreams and our mortality collide in this common phrase. I liked the interesting mix of feelings I felt thinking about that.”

That’s when he decided to explore that excited/doomed feeling in the CG-animated short film Coin Operated, which has won several festival honors and is gathering more steam as we head into a tight award season. Arioli says he based the film on his own personal long-held desire to explore outer space firsthand. Coin Operated spans 70 years in the life of a man who falls in love with space exploration at an early age.

The New York City-born and raised Arioli says he has always seen animation as not separate from filmmaking in general. “I think animation is filmmaking at its most powerful and least constrained. My filmmaker heroes are Steven Spielberg, Brad Bird, Robert Altman, Stanley Kubrick, Hayao Miyazaki, Sofia Coppola … I could go on for a while. Outside of film, Bill Watterson and his incomparable Calvin and Hobbes is a big influence.” He also names World of Tomorrow, The House of Small Cubes, Fresh Guacamole, Akira, The Incredibles, Spirited Away and Ratatouille as some of his favorite animated shorts and features.

Now that he’s got a big festival contender under his belt, what does he love most about making an animated short? “I really enjoyed the challenge of telling a complete story within the constraint of five minutes and no dialogue,” he responds.

Arioli and his team used Maya, RenderMan, and Nuke to create the animation. “A key piece was working with Nimble Collective, who provided the pipeline, allowing us to collaborate as a team of independent artists,” he says. “It took us two years to make this five-minute film … That’s O.K. …  I’m O.K. with that … Everything is fine. Oh God! What have I done.” he jokes. “This is my first film as I’m a computer scientist by training, so I had to learn a lot on the fly. Luckily, I had a fantastic crew, but there was a good deal of imposter syndrome!” 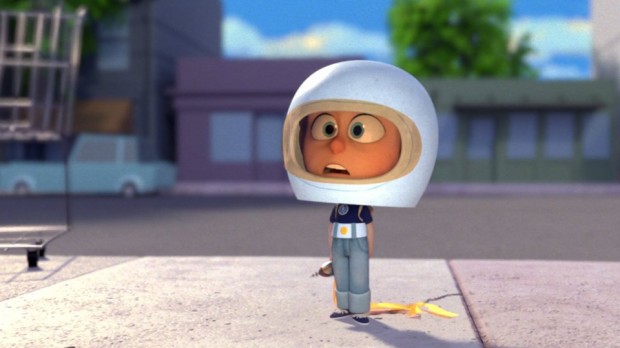