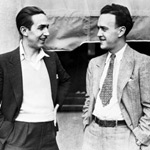 The only known copy of Walt Disney’s film Hungry Hobos, thought lost until recently, has been rediscovered in a social history film archive in Herefordshire, U.K. and will be a highlight in the Entertainment Memorabilia auction at Bonhams in Los Angeles this December 14. The film features Mickey Mouse “prototype” Oswald the Lucky Rabbit and Peg Leg Pete, and is expected to sell for $30,000 to $40,000.

Oswald was created by Disney and Ub Iwerks for a series of cartoons which debuted in 1927. After completing the Alice Comedies, Disney contracted with Universal Studios for a new series for George Winkler and Charles Mintz. The first production featuring Oswald, Poor Papa, was rejected and Oswald’s design deemed unsatisfactory. The second film, Trolley Troubles, with a younger looking Oswald, began the series and became a great success with Disney overseeing some 26 cartoons. Hungry Hobos was released in May 1928 and is one of several Oswald cartoons that has been recorded as “lost.” After breaking with Mintz over a budget disagreement in 1928, Disney and Iwerks (and many of the Oswald crew) struck out on their own and created the now iconic Mickey Mouse.

“Hungry Hobos is an incredible find, a lost masterpiece and a cartoon with a unique and vital place in animation history,” said Bonhams Entertainment Memorabilia department’s Stephanie Connell of the film, which is recorded on 16mm double perforated celluloid acetate positive print, silent and proposed to date from the late ‘20s or early ‘30s. The cartoon runs 5’ 21” and two frames at 24 fps. 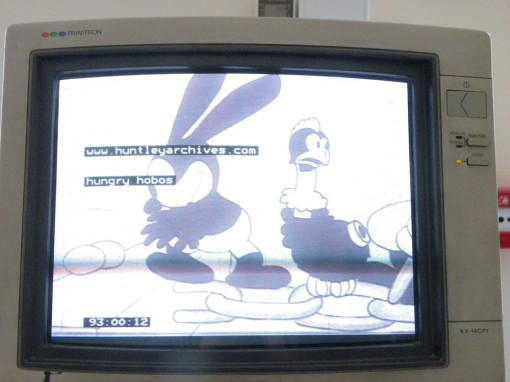 Huntley Film Archives, which discovered the film in their library, decided to sell so it could devote the proceeds to the care of its 80,000 film collection, many of which are badly in need of restoration.

“When we checked this film we couldn’t quite believe our eyes,” said Amanda Huntley of Huntley Film Archives. “For an archive, finding a lost masterpiece is incredible—you just don’t think it will happen to you. We are excited and delighted to offer this gem to animation aficionados and collectors.”

Check out the auction information at www.bonhams.com/entertainment.