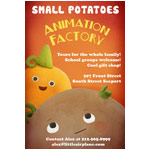 Fans of the acclaimed new preschool animated show Small Potatoes will now have a chance to tour Little Airplane, the busy and very creative production studio behind the series in New York City. Billed as the first and only media-literacy tour, the Small Potatoes Animation Factory Tour will allow families, school groups and fans to witness the production of the popular preschool animated series at the studio.

The Small Potatoes tour allows visitors to meet with meet writers, storyboard artists, designers, producers and animators. Each stop on the tour will include an interactive component for younger fans, from helping to animate a character to recording their own voices singing along with the Small Potatoes. The fun tour will also feature a Facebook stop where visitors can see how the popular Small Potatoes Facebook page is operated and how the team creates custom potato avatars for over 250,000 Facebook fans. 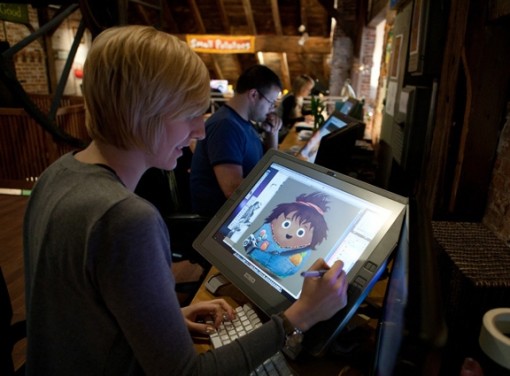 Little Airplane’s talented founder and series creator Josh Selig says one of the highlights of the tour will be “The Small Potatoes Hologram,” were families can actually see the actual animated characters singing songs from the show on the fourth floor of the Little Airplane studio.

“I’ve always found the process of making a kids’ show to be at least as interesting as the actual show itself,” writes Selig in his Kidscreen blog. “In any creative environment, the rough drafts, the images that are tacked to the walls, the sounds from a recording session that filter up through the stairwells are, in my view, beautiful and well worth sharing. The Small Potatoes Animation Factory Tour is just one more in a long line of our Small Potatoes experiments!” 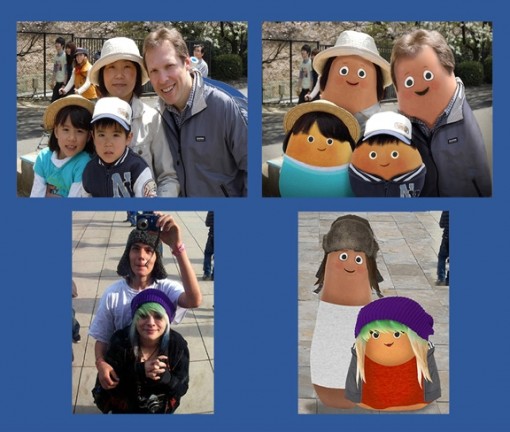 The tours begin every weekday beginning in December. Little Airplane will donate tours to a variety of charitable auctions and will offer discounts to public school groups. We can’t think of a better way to spend a few hours the next time you happen to be in the New York City.

For more info about this fantastic venture, visit www.littleairplane.com. 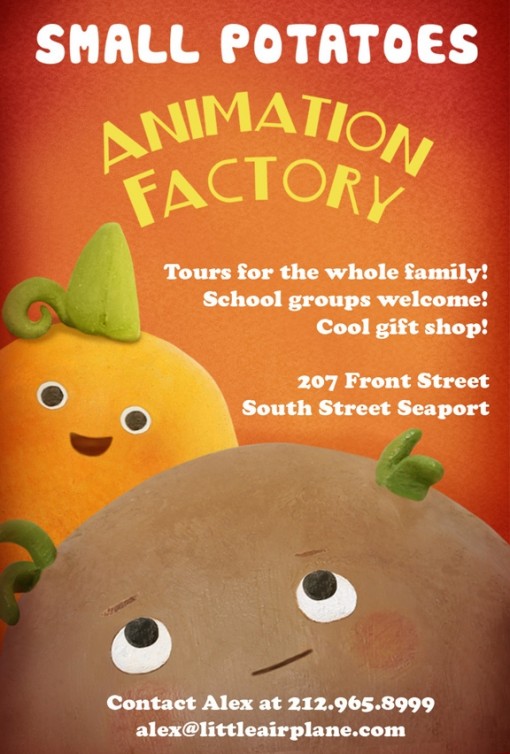