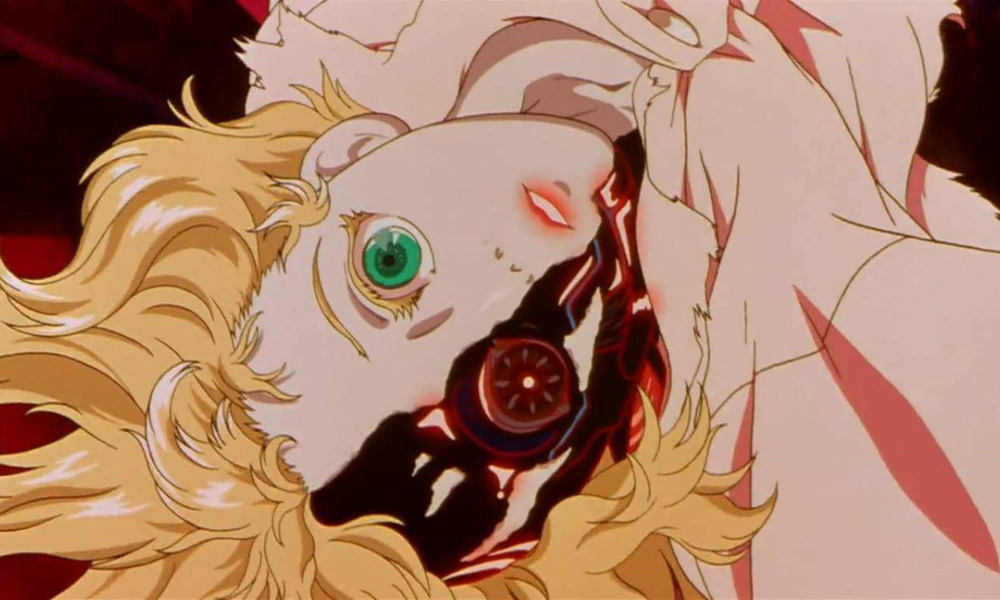 In 2020, the Los Angeles-based Secret Movie Club is hosting screenings of some of the most beloved anime of all time, as part of their Anime Buffet programming slate, which will run from January through April.

The Anime Buffet is scheduled to include groundbreaking films such as Ghost in the Shell, Perfect Blue, Paprika, Millennium Actress, Metropolis (2001), The Girl Who Leapt Through Time, Vampire Hunter D, Grave of the Fireflies and Tokyo Godfathers. Screenings will alternate between two different locations: the Vista Theater in Los Feliz, the historic single screen theater built in 1922, and the Club, Secret Movie Club’s new downtown location (1917 Bay Street, 2nd Floor).

“Secret Movie Club loves to make new discoveries with its programs. Japanese anime is so big and complex, so we wanted to do a series that showcases how diverse these movies are,” said Secret Movie Club Founder Craig Hammill, “As programmers, it’s easy to get lazy and just show the great Studio Ghibli and Miyazaki films, which we love, but we wanted to go deeper. This series gives us the chance to do a mini-retrospective of the work of anime legend Satoshi Kon, as well as a screening of Vampire Hunter D, an early anime masterpieces that pushed the artform with adult content, and the emotionally profound film Grave of the Fireflies and the popular Cowboy BeBop (which is almost sold out already). We look at these series as journeys. And really look forward to going on this anime journey with our audience.”

In 2071, Earth has been ravaged by catastrophe. Humans have colonized other planets and the universe is a new Wild West. A group of Bounty Hunters travel on the spaceship BeBop in search of quarry and rewards. When a contagion gets released in a truck disaster on Mars, our heroes-Spike, Jet, Faye, Ed and Ein (a dog with human-grade smarts due to artificial enhancement) go off in search of the culprit and the reward that goes with it.

“One of the great things with Japanese anime, as with all cinema and art, is how each set of creators imbue the genre with their own personal style and stamp,” said Hammill. “Cowboy BeBop, as its title itself implies, is a mashup of sci-fi, westerns, Hong Kong action movies, and an improvisatory iconoclastic jazz rhythm that make the viewing experience a total blast and totally singular.”

The movie centers on Doris Lang, the daughter of a werewolf hunter, who gets bitten by 10,000 year old Count Magnus Lee one night. She then meets a strange vampire hunter, who only goes by the name D, and employs him to take on the long-lost vampire lord and try to help her from becoming a vampire herself.

“Vampire Hunter D is one of the earliest examples of Japanese anime that was made explicitly with teenagers and adults more in mind than children,” said Hammill. “Made for the then emerging direct-to-video market, Vampire Hunter D had a smaller budget than its feature film peers. But in a strange way, this freed up director Toyoo Ashida to make a more exciting, violent, sensual animation. Ashida has gone on the record as saying his intent with the movie was to make something thrilling that tired students could enjoy during study breaks rather than make an anime that further exhausted them. Full of genre mash-ups, amazing art and design, and storytelling, Vampire Hunter D definitely serves as a prototype and torch in the darkness for future directors like Satoshi Kon, who will take anime into ever more complex, adult, shadowy realms.”

Often the cyberpunk genre, which would come to full flourish here in the United States with the Wachowski’s The Matrix, can be traced most directly to two Japanese anime parents: 1988’s Akira and 1995’s Ghost in the Shell. Often considered one of the greatest Japanese anime movies of all time, Ghost in the Shell dives head-first into the darker, deeper waters of more adult sci-fi.

It’s 2029 and the human body can be augmented with “smart” prosthetic cybernetics. The most recent innovation, and the most terrifying, is a cyberbrain, which allows humans to now go online/get hooked into the internet, straight through their neural pathways. Our hero, Motoko Kusanagi, is part of an elite squad that fights crime in “New Port City” in Japan. Currently, they are kept busy by an arch criminal known as “The Puppet Master” who appears to have the ability to hack into these “cyberbrains” and get folks to assassinate, kill, commit crimes. As Motoko further explores what’s going on with both the Puppet Master and the innovations in cybernetics, she stumbles across a revelation that goes to the very heart of our philosophical understanding of what makes us unique individuals: what constitutes our “soul”.

If Hayao Miyazaki is synonymous with a kind of all-ages wildly imaginative Japanese anime, then director Satoshi Kon is synonymous with a Japanese anime that dares to go to the very limits of what any kind of cinema can explore in terms of human psychology, fear, desire, imagination. And he does it in the most creative and miraculous of artistic ways. Paprika is one of his wildest mind-bending creations of all.

In the near-future, there is a device called the “DC Mini” which allows Dr. Atsuko Chiba to enter the dreams of her patients (using her alter-ego “Paprika”) to help try to discover the root of their fears, anxieties, and hang ups. But the problem is that the “DC Mini” is still in prototype mode with no restrictions or safety barriers whatsoever. And if it gets into the wrong hands (which of course it does), it allows the thieves to enter dreams for more sinister and nefarious reasons.

Written by Katsuhiro Otomo (writer/director of the classic anime Akira), Metropolis shares much of its DNA with that seminal anime classic including a central character who is rocked to their psychological core by the realization of their “super human” abilities and an impending apocalypse that threatens the entire foundations of a huge city.

Millennium Actress tells the emotional story (in a decidedly surreal and modernist way) of famous actor Chiyoko Fujiwara, who tells her life story to documentarians and explains she only ever became an actress in the hopes of being recognized by an artist/political rebel she fell in love with as a teenager and never saw again. As Chiyoko tells her story, it becomes hard to tell what’s her real life, what are movie scenes she starred in, and where fiction/reality meet and diverge.

Special Note: There will be three originally written 3-4 minute monologues performed by three actresses ahead of the screening running a total of 10-12 minutes.

Kon fully commits to an anime that is as rich, dark, and complex as any Scorsese, Kubrick, Lynch or Bergman movie. But with the added benefit of being able to cinematically represent psychological states of mind in a way that is often impossible in live-action cinema.

“If you want to see anime that absolutely succeeds in expanding the playing field of what cinema can do, come join us for Perfect Blue,” said Hammill.

The Girl Who Leapt Through Time tells the story of young teenager Makoto Konno, who discovers a magical object in her high school that allows her to leap through time and prevent situations that caused her great embarrassment. This premise, as with all good premises fully explored, deepens into a meditation on wish fulfillment versus reality. Makoto, first using the device for frivolous things, comes to realize that the device has its price. And that she is not the only one using it…

One of the absolute greatest animes ever made, Grave of the Fireflies, directed by Isao Takahata, deals with siblings Seita and Satsuko, who have to rely on each other to survive after they’re separated from their parents during the American fire-bombing of Tokyo in the late stages of World War II. 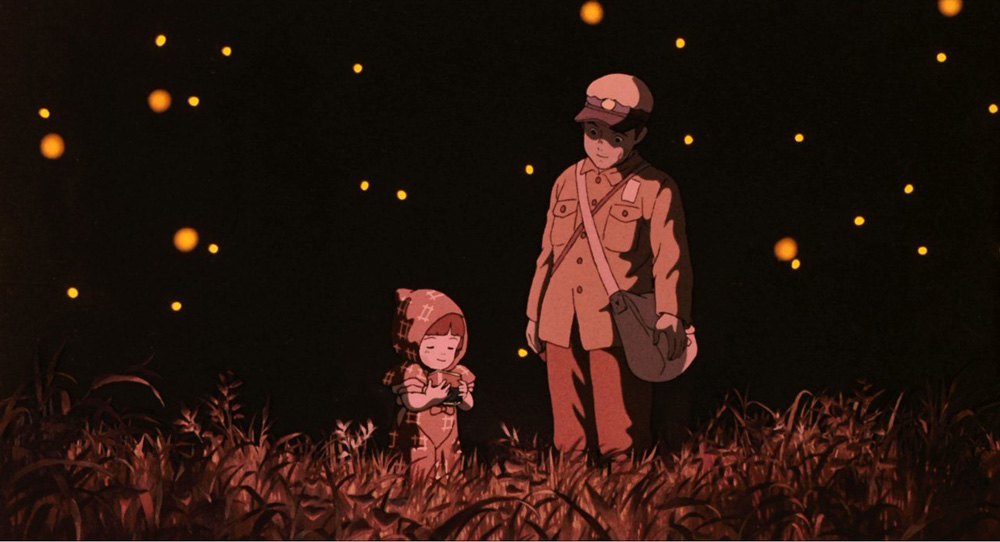 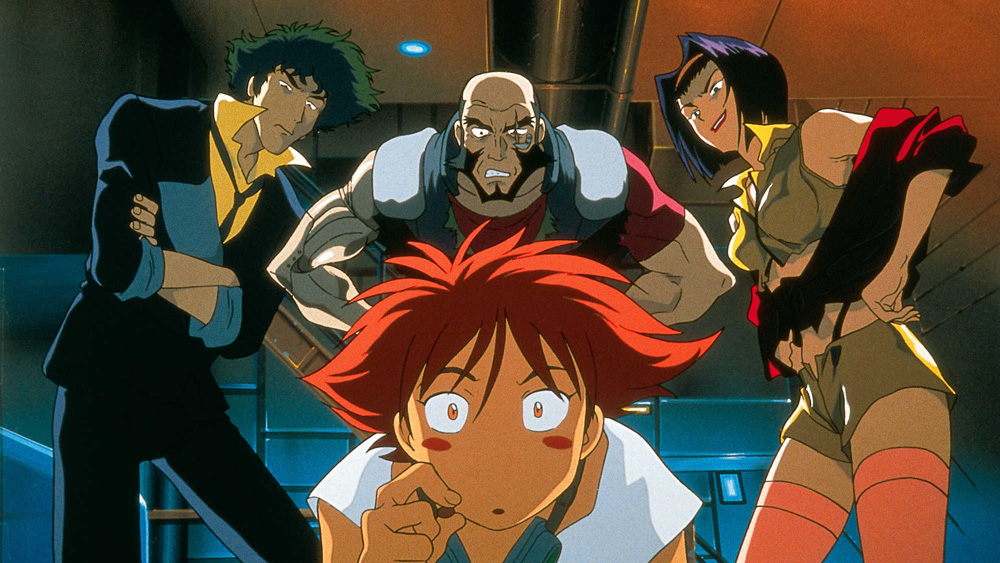