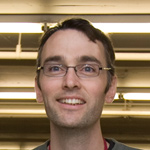 The conference will be held April 14-17, with one day of keynotes and three days of conferences — all in conjunction with the TIFF Kids Film Festival, which runs April 8-20 in Canada’s largest city.

Annable is collaborating with Anthony Stacchi as co-directors on Boxtrolls, currently in production at Laika’s Oregon studio and due for release in September. Annable previously worked as a storyboard artist on Laika’s first two films, Coraline and ParaNorman. He also is the creator of the comic-book series Grickle.

Also slated to speak are Paper Bag Princess writer Patricia Rozema and producer Michael Hirsh to talk about “The Art of Long-Form Storytelling.” The closing keynote is from producer Caroline Baron, co-founder of Yummico.